Oh, I’m sorry I misunderstood! Then that is definitely a bug. We’ve had a few people that had it, but I think no official acknowledgement.

Are you the host or the client in the game?

If you’re the client, and the host is seeing loot but you’re not, this bug has been there since launch and has been reported often for all platforms, although hasn’t been ackknowedged in any official manner that I’ve seen.

If you’re the host, then it’s most definitely a new bug.

With the new patch, you have to wait 4 ingame hours (I think that’s 1 hour IRL) before you can loot the same container again :)The idea is to make players move on and discover different areas

Are you sure it’s not wait in the game for 4 real world hours? Because I started playing a little after 730 today and just went back to where I started from (at least 2 hours later) and still can not loot the boxes yet

No, I’m not entirely sure

Will ask around to clear things up

Thanks, I ran out of ammo for the weapons I have a while ago and hunters do not like me taking their picture

Yeah right? They get really grumpy! They’re not even that ugly

@Carniv0re they were able to be looted again after 4 real hours, It seemed like about a day in the game.
the wait for loot to respawn lasts longer than daylight in the game

I get why they did it, I don’t completely like it but I’ll just get used to it.
I’ll just have to keep some extra weapons stashed on my other characters so I have something to swap to

If people keep saying that, they’ll patch that option out of the game as well because it wasn’t “intended”.

Dropping a weapon for another character to pick up will not be possible once they change the way saves work so creating a new character resets mission progress (which I think they will do). A common stash would solve that problem.

for me it’s four hours of playing the game,

getting back to the original posters topic though, this area ALWAYS has it’s boxes and backpacks as empty, i can open them but there is nothing in them, and waiting four hours to try again for nothing is pointless so i’ll just stay away. 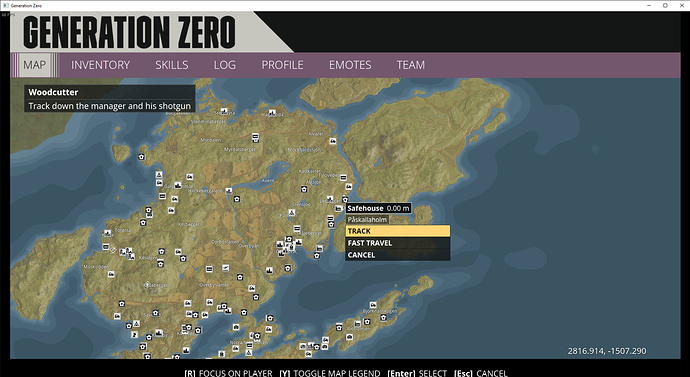 Nope, all still empty and only 1 is a toolbox

Has it been 4 hours? If not i really think the timer should be cut down. Too much ammo is never a problem just dont pick em up.

What we’re seeing in @kakarron’s video above - that exactly what I’m seeing pretty much everywhere on the map. including when I go to new areas I haven’t previously explored. I very rarely will find an item or a stack of ammo greater than 10 rounds (typically for a gun I’m not carrying), but the vast majority are empty.

That’s what a lot of people are saying in other threads as well. Granted, I’m sure some reports have to do with the respawn timers and people not knowing better, but this is a genuine issue many of us are encountering. In the last live stream, this kept being dismissed as being linked to the timer having not expired yet. Graham skeptically said something to the effect of “We’re getting reports of empty loot, but you need to wait out the timer”, which was reiterated by the guy playing (sorry, don’t remember his name) adding “sometimes loot boxes are just empty”.

The point is they appeared very dismissive of the reports, chalking them up to “user error”, insinuating this was just people who hadn’t waited long enough for their loot to respawn and it would sort itself out in time. If that’s what they’re thinking, this problem won’t get fixed.

Loot Balancing
We’ve tweaked the amount of loot depending on region.

i assumed this meant they removed some boxes in areas but apparently they left the boxes but removed their ability to generate items. might just be because the save file was made before the update. maybe games started after the update have less boxes?

Just aint fun as before no ammo respawning (still 4 hours is long time for casual solo players) and explosives dont do damage. Im just waiting for the next update.