Luring reaper into another region

I have all but 2 regions at level 21 or better and just got my first reaper in the Mountain region. It just got to level 21 and the reaper visited close to the south border of Marshland and North border of the Mountain Region but is visiting the mountain region. If I lure him to be well inside the Marshland Region, does the level drop for the region he dies in or the point of origin region? It was a lot easier grinding the Marshland back up which has already had the reaper visit a few times.

Funny glitch story: Last reaper was Zapped into the air and landed in deep water of a lake in the Marshlands with just his legs sticking up, still alive and kickin. He went to launch his rockets and they blow up as soon as they launched and it blow him up. Which he disappeared into the depths. I zapped the water where he went down and he bounced back out and onto the shore opposite side we were on. We were able to loot him. We were all kind of “shocked” at what happened.

or the point of origin region

Now, all rivals (including reaper), stay in the region they spawned into. But in early days, pre-fix (February '20 update), all spawned rivals were free to roam around the map.
Those few, who still have the “old” rivals on their map, they roam the map (almost all of my rivals are “old” ones). And with this, i can find Marshlands tank in South Coast or Archipelago harvester in Farmlands.

Still, killing the rival in another region lowers the region score where that rival (or reaper) first spawned in.

All rivals are assigned to their regions (look in rival profile).
Rivals outta their region are still happening, their locations are shuffled around after every game update. Accumulate 30sh rivals and watch prothunter from Archipelago roam Marshlands.
Not the case for Himfjall - no one “shuffles” there, nor rivals move to the mainland. At least this is consistent with my realm.

So for clarity, the machine kill will only count towards the region it spawned in, not where it was killed.

I know I have rivals that have been on my map for some time, months if not over a year. A few of my friends and I would host “Rival Hunts”. But, since the reaper update, selecting rivals to destroy due to the 8 count, I noticed rivals from all over. And have had rivals from Himfjall on the mainland. Found one repeatedly in the Forest region and North Coast.

The reaper that spawned late evening yesterday, is now crossed the border and is in the Marshland region and I verified his profile, he is from the Mountain Region. 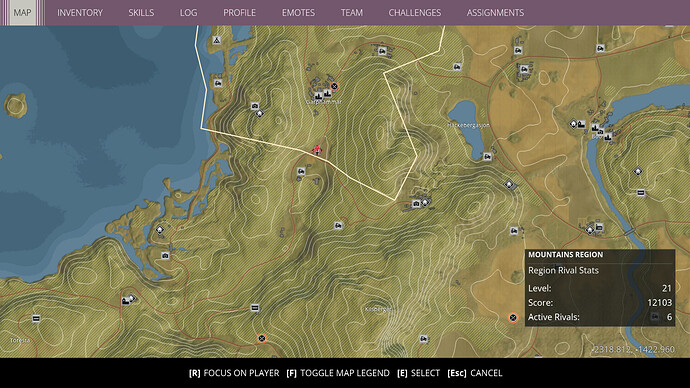 If he keeps traveling East, I may try to fight him in the Farmlands.

So for clarity, the machine kill will only count towards the region it spawned in, not where it was killed.

I know that when I look to drop rival count in a region I look at profiles to make sure the rival is from the region I want to remove, I find them all over the map. The count of rivals in the desired region does drop so it makes sense the level and score for that region would also drop. I was hoping that didn’t apply to the reaper.

Killing any rival outside of his original spawn region will decrease the score on that original region, and increase score on the region it was killed on.

Thank you as always, I did think that - but appreciate the confirmation.

Killing any rival outside of his original spawn region will decrease the score on that original region, and increase score on the region it was killed on.

Oh!? Then I may try to keep the reaper in the Marshland region so the level and score increase. I hate grinding a region to increase score and levels. I don’t know what I have done to my map but machines are very good at hiding from me other than the rivals.

It’s not you - the map in general was castrated a few months back. HOWEVER - in a complete contradiction to that last night was probably the most machines in one battle in over 6 months. I was just West of Boo - link for reference.

I don’t know what I have done to my map but machines are very good at hiding from me other than the rivals.

It’s not just you but everybody. Few machines roam around but most stand still, in hotspots. Finding those hotspots is quite a handful. E.g in Marshlands: Norrmyra, NW of Norrmyra, North from Skvadren, Stenmyra. ← I used all of these to level up my Marshlands region to lvl25.

Even my “go to” or hot spots have dried up it seems. But I was in Farmland last night and had #8 rival spawn. So chasing after the level 1 hunter I ran across a pair of harvesters with a few hunters. Picked them off from the distances and I few more popped into view while headed to collect the loot. I think in total it was 5 harvesters and 2 tanks with a mix of hunters and runners too. To bad it was in the Farmlands that is already level 24 and now near 25.

When the map starts getting dead like it is is when I start looking at completing my challenges. I am almost out of those too. Maybe that is the plans of the Devs to make us do other things in the game.

Just chipping in straight out of Sweden - lured machines from Mountains into North Coast. Killed in North coast - added to total region score.

I have done that before, same regions as a matter of fact. Lured from the Marshlands to the North coast to increase the score to spawn rivals. Thank you for reminding me of that.

from Mountains into North Coast

That’s some long way to lure machines. Since you need to cross the Marshlands or Farmlands to get there.

Lured from the Marshlands to the North coast to increase the score to spawn rivals.

Either that, or you can quit to Main Menu, then Continue again, so that the game generates a new machine spawn seed for you and populates the world again.

Yes, it’s slim pickins these days, but the task was done all the same.

That’s some long way to lure machines. Since you need to cross the Marshlands or Farmlands to get there.

I take that as a challenge!!

I have lured machines from the MARSHLANDS to the North Coast but not all the way from the Mountains. I miss read!

I’ve pulled F23 to South Coast a few weeks back. I miss the old glory days of machine spawns

I just confirmed, having a reaper cross borders and then destroying him still goes against the point of origin region. I just destroyed my mountain Region reaper in the marshlands and the mountain region is back down to level 19.

He didn’t have much more loot than a regular tank other than a few more adv health packs than a reg. 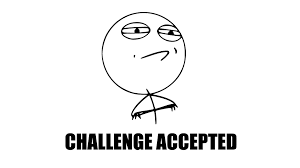 Now I need a metric ton of smokes.

Himfjall is out of question due to natual water barrier, so does Archipelago - it is cleverly cordonned off for bigger machines either by “guerilla barricades” at Asotungan Outpost and thick foliage around.