Shhh! Don’t go foil a brothers plan like that.

Yes, I’m with you! Thank you Dev-Team: stunning job…

First game I’ve bought since Half-Life 2, and I’ve got a Half-Life 2/1/2 game still in progress, and I haven’t looked at it since I started this…

Thankyou so muchto the team for the storage system at safe houses , im so happy …
this calls for a steve martin moment

Played with a friend this past weekend. Exploring a house together, here ticker. Found ticker in bathroom, but captured by door. Do we leave the ticker alone? No way man. He enters and aims roughly where ticker is, but trapped by door. I move to door. 3, 2, 1, go. Bang! Ticker down. Nearly the scene in med lab of Aliens. Felt great.

Experiment with fireworks for first time while getting overrun by hunters in small farm house area. Throw - bing, achievement for distracting 8+ enemies. Friend ‘uhhhhh’ and we proceed to engage anyway and win. Felt even better.

Haven’t enjoyed a co-op game THAT MUCH in ages. Thank you, devs, for creating this amazing co-operative shooter. Much love.

Thank you to Avalanche for this superb game. It really has almost every element I like in a game - open world (and a really HUGE one too), a subtle interesting main story that makes you want to find out more, a sci-fi setting (who doesn’t like games or movies with mindless machines attacking?), to see Sweden depicted in a mainstream game is very nice and the local touches of language, architecture and social structures are new and fresh. Above all I am 100% in love with the graphics; the day/night, moonlight and shadows, rainstorms, the different vegetation - some of it quiet to move through, some of it noisy, the visual cover in undergrowth and just the beauty of the light, its spectacular.

I was 10 years old when I read H G Wells “War of the Worlds” and a couple of nights ago I was in a farmhouse with a tank stomping and groaning and howling outside as it patrolled around and it made me feel like the scene in the book where the narrator is trapped in a house with a machine outside - the booming, roaring thumping sound effects you have made for these machines are other-wordly and simply terrifying.

A big thanks for a great game.

Thank you from me and my brother you guys are awesome

Big thanks to the developers. I have been looking for a game to intrigue me as this does, for decades. My brother and I have just each picked the game up and we have found a game we both love.
It’s definitely in my top 20 all time.
I can’t wait to see what the future holds for GZ.
Looking forward to Future updates and more reasons to bump it up on my list.

We all know that Slartibartfast designed Norway an won a prize for designing the fiords. Now we know that Avalance designed Sweden and they too deserve an award

The game is amazing. I hope this continues to evolve for years to come.

Well I personally think that the game is great

In the last 30 minutes I have had the most marvellous gaming experience of my entire life (and I’m an old dude, played Doom when it first came out on 4 x 3.5" floppies). Nothing happened at all in the game session - no encounters, no machines, no missions, no looting. Nothing.

I am in the farmlands region and was near Stora Dyrbo just walking along a road in the afternoon when it began to get dusk. It was a very quiet day and I’d been walking maybe 20 minutes and not seen nor heard a single machine, so it was a bit of an odd day already.

Then in complete silence the first snowflakes of the year began to fall and for a moment I stopped and watched the snow. The light began to fade as dusk came quickly on and seeing the lights of a farmhouse up the hill ahead I cut across the stubble fields towards some warmth for the night. It began to snow more heavily and then I realised the snow was settling.

I have never seen this ever before in a video game. The ground textures were changing dynamically as the snow fell and soon the bare brown fields were covered with snow patches, the grasses and shrubs turned white and the trees wore a mantle of snow.

I just stood there watching the scene transfixed. I think this game is possibly the finest ever created where the weather, lighting sound and general mood of the countryside is concerned.

The light had almost completely gone now and the world was totally silent, just like it really is in snow. My footfalls crunched through the snow and the real me sitting at my computer actually shivered!

When I got to the farmhouse I saw with relief there was a good stack of firewood in the porch and I went around the rooms making sure the outside doors were all closed. The only things I couldn’t do were draw the drapes and light a fire.

Then it stopped snowing, the clouds rolled away and the moon came out. It was magical. I went outside and took some photos before it got too cold and I retired to a warm bed for the night.

I presume this is the Havock engine doing all this amazing stuff, but a massive thank you to the guys at Avalanche as well for such an immersive game and one of the finest gaming experiences of my life. 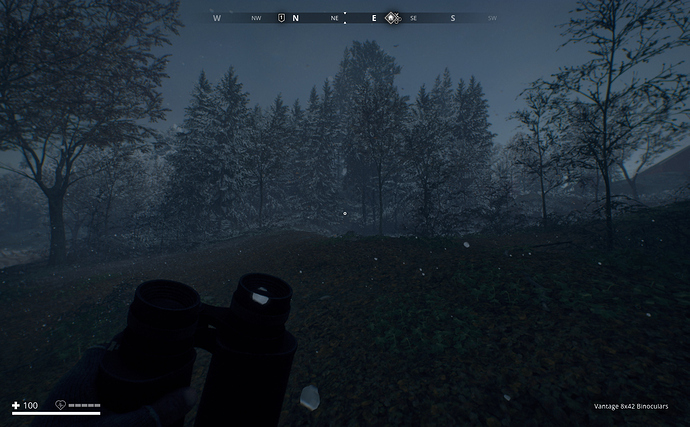 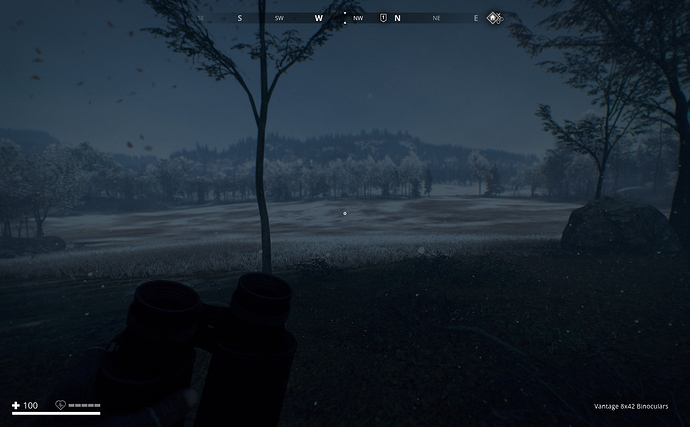 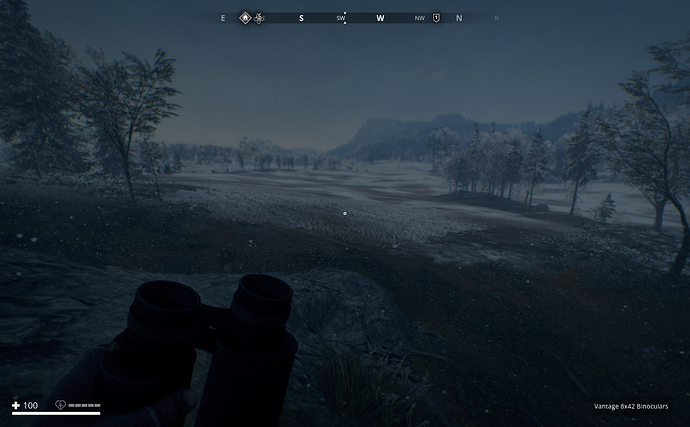 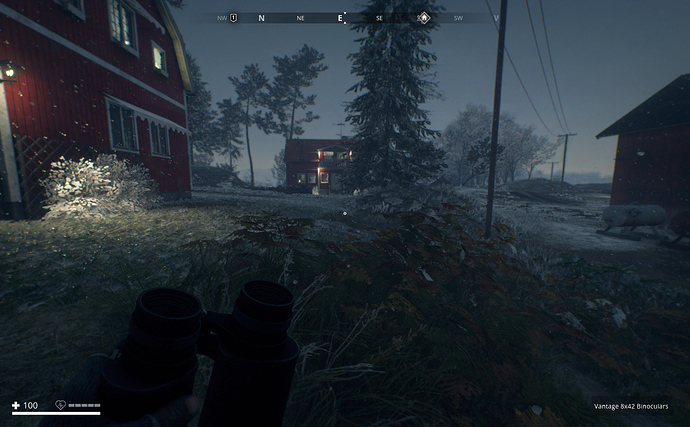 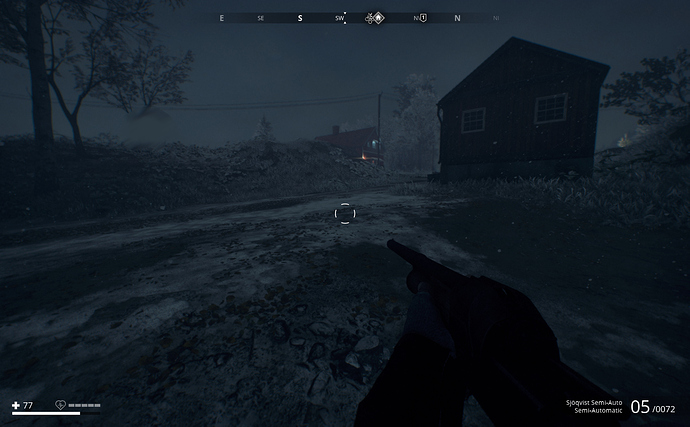 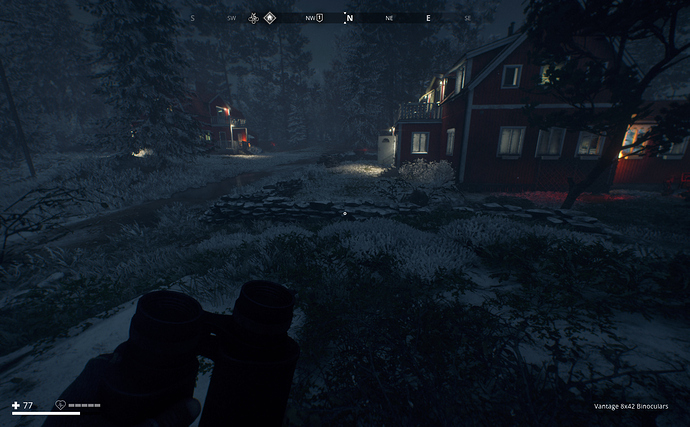 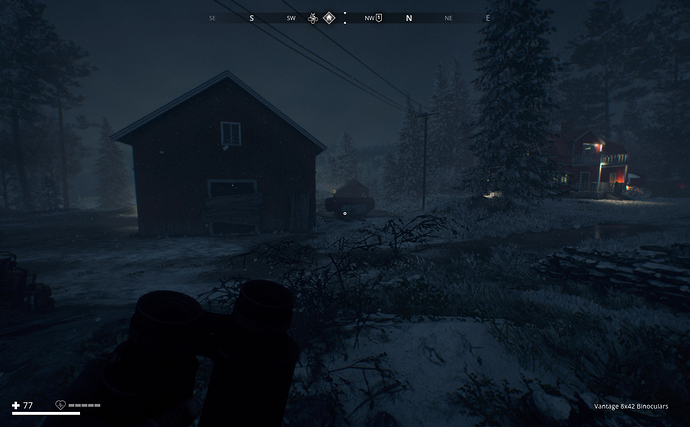 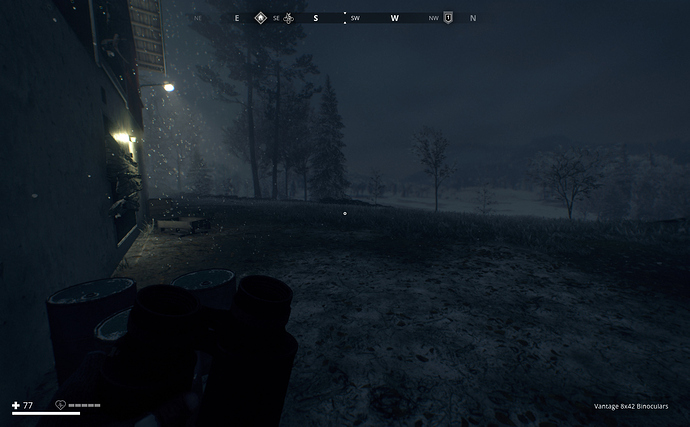 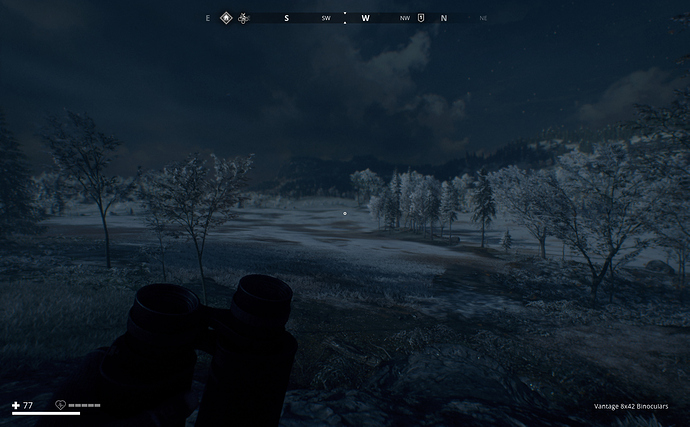 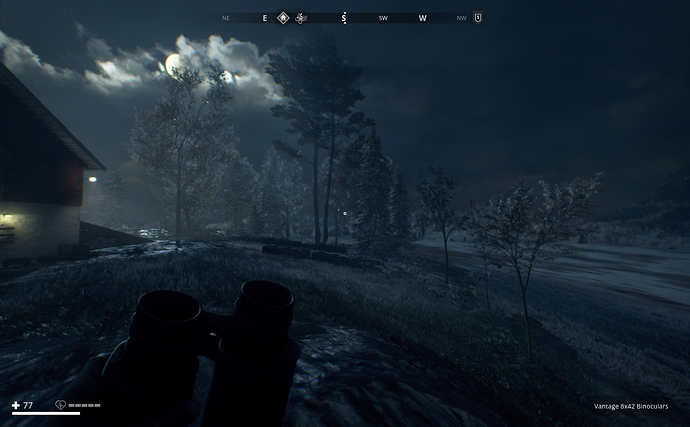 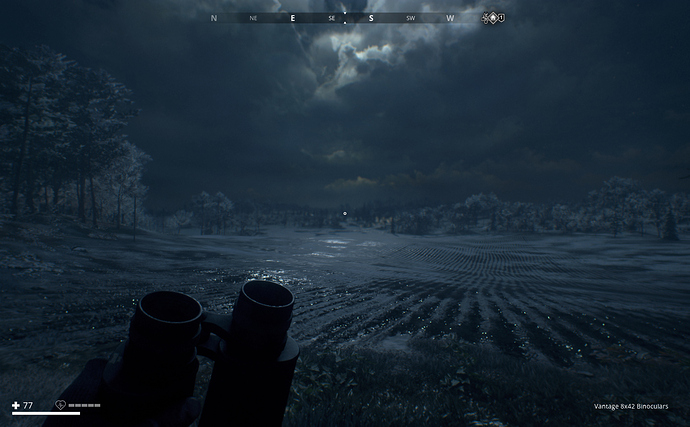 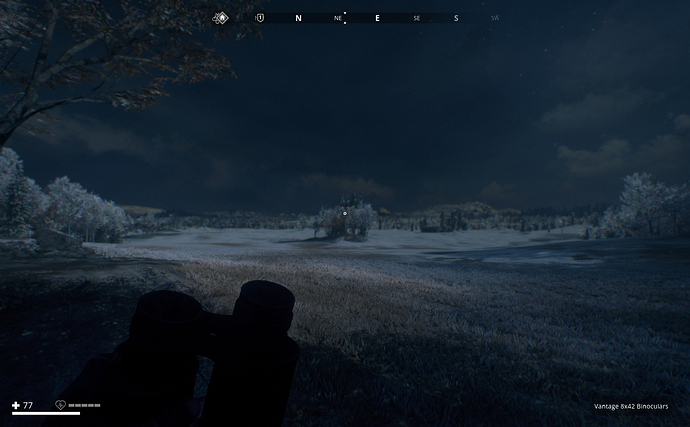 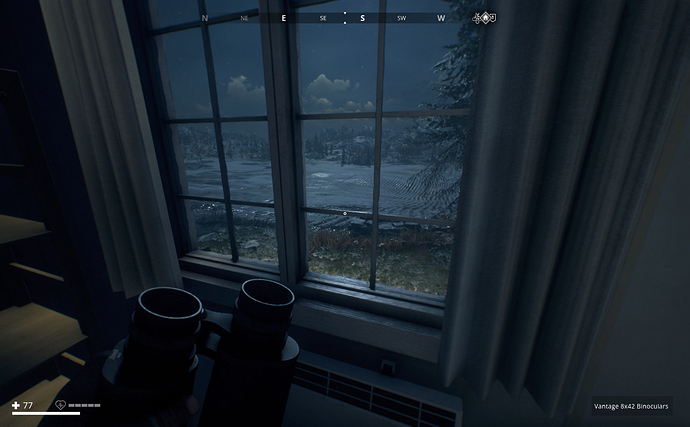 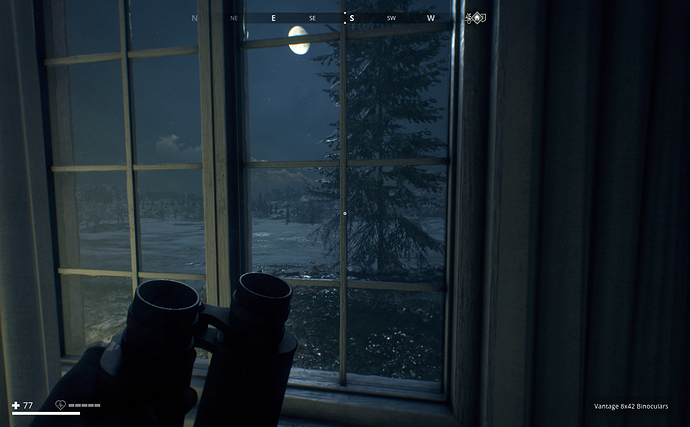 Recently I revisited a viewpoint in the mountain regions with a couple of benches, an extinct campfire, and an absolutely marvelous view over the surrounding landscape. It was at night and suddenly the full moon broke through the cloud cover. I almost began to physically feel cold! I turned towards the fireplace and it became selected. I clicked and a bonfire began to lit. These sceneries and details like this … well done, guys!

I think we should be able to light fires in houses, just for the fun of it and for moments like that. Some bonfires already light, so the coding already exists…

The first time it rained for me in the game I thought, “Oh no!” and looked to get indoors, wondering if the clothing pick-ups included a kagool! Perhaps they should. I thought there’d be a game downside to being wet through - perhaps losing speed running or shivering while trying to aim. That might work actually - after all, we put on gasmasks. A downside to being wet through in November in Sweden?

I never use roads, but always the woods, which in snow are magical…

I know its a lot to ask but it would be great if there were more variations of the players footsteps linked to the ground type. There’s a lot of muddy fields and puddles so the sounds of wet mud and water splashes as you run through these would be very cool.

I know it’s been said dozens of times on this thread, but thank you so much developers! This game is amazing, it plays well (besides some little bugs), and it looks amazing! I believe this game has so much more potential, and this is an amazing start! Thank you!

Thanks to the devs for making an amazing game. Don’t listen to all the haters saying generation zero is a bad game. You guys are doing an amazing job. Keep up the good work.

Thank you for an awesome game, keep the fun coming! Thx Thx!

awesome update , you guys listen to the community and deliver. cheers.

I have to agree, once I got everything running this update has been very fun to play through. It’s just what the game needed. It’s got a little bit of everything that people have requested, and the missions and world are crafted very well. Only cons; some horrible voice acting. But that’s forgivable

Just curious, do you have the voice acting in Swedish? The English version is pretty alright. I play it in English because it’s my first language and it helps me understand the story better.

And to me, even if some of the English isn’t the best, that’s forgivable because English wouldn’t be the character’s first language. I just love it when Benny says ‘Shit’. It makes me laugh. Not because of the voice acting, but more so his accent.