Skinnarbol Crater — What Exactly was The Cause?

I think it was a large NORAD like bunker facility way larger than all the other bunkers in the game. As it was just too hard a nut to crack, the only option left was to completely level it with mini nukes.

First, we don’t know how vast this network really is. I’ve been even joking that at first there was bunkers and Ostertorn been build above them.
Second is how deep FOA been digging? Hints are Muskudden Port complex and North Coast FOA Facility.
Third, about cause of destruction my guesses:

* command bunkers are for some strange reason were devoid of bodies and has little to none signs of fight, just some of them have scenes or “forceful entrance”, but nothing more

My idea is similar to the quoted one:

2.1.1)FNIX couldn’t handle proper maintenance and caused hazardous chemicals leak (machines didn’t bother with gases in bunkers and even weaponized it) which was set off by something small (there’s incediary ammo for ApocTank/Reaper and flamers). Over time leak was filled that space with that very potent aerosole explosive and set off. That would explain crater shape ever small “secretive” munition factory would need extensive digging, considering crater appear in rather soft “farming soil” withoud much of bedrock like other known underground facilities. With spacious area like that one at FOA4 and it being filled with that “special fart chem” the workshop was rather weak and sheer explosive pressure would literally blow upwards it’s roof and grind it’s relatively thin walls into bunker, yet somehow preserving some concrete around. It wasn’t that deep in the first place, and excess aerosole spreaded and scorched with about same ratio as Reaper’s thermobarric attack (gas cloud to fireball ratio). That would also explain uneven destruction around crater.

But with some differences.

I think that the Skinnarbol was the main development bunker for Reaper, evidenced by the nearby terminal with it’s blueprint. And during the development or assembly of Reaper’s armament, something went wrong and the whole assembly area went sky high.
It is impossible to tell what exactly triggered the explosion but it could’ve very well been that one of the assembly ticks had malfunction and pointed it’s laser to wrong spot, thus triggering the explosion.

The following shockwave was enough to blow out from the bunker complex, forming the Skinnarbol Crater in the process. Though, the bunker complex was sturdy enough and/or explosion wasn’t powerful enough for the shockwave to travel much further from Skinnarbol.
This explains why the devastation is contained in the small area. However, shockwave alone isn’t enough to set trees on fire. For that, i have another idea.

After the initial explosion, the highly flammable gas, that machines use, leaked into the crater, filling it. And it found the ignition source, thus creating 2nd explosion and sending wall of fire all around the Skinnarbol Crater area, burning houses and trees.

I also think that after that “setback”, FNIX learned from it’s mistakes and assembled the Reaper at some place else (best candidate being FOA2). And FNIX continues to make Reapers in another facility. Latter explains why new Reapers are able to spawn, once player takes out the active one.

As of why only one active Reaper can be on the map at any given time and not several, my guess is that FNIX doesn’t have enough computing power to control more than one Reaper at a time.

Well, your theory about “double explosion” started up me another though train that has no brakes.

A bit off-topic, but I still drop it here.
What if “thermobarric explosion” that used by Reaper isn’t cause, but consequence of “crater incident”?
Like FNIX been gathering pieces of the aftermath and concluded at “I want that to be a weapon!”

We don’t know for sure if there canonically a single Reaper or FNIX somehow got enough advanced resources and facilities to to regularly rebuild it. Unless I see two side-by-side my headcannon will register it as single unique entity.

Back to topic: most things I’ve covered by other words, but may be not that eloquent.
The part about “double explosions and fireball outside”: points about “weak concreete”, “soft farmlands soil”, shallow building are about deliberate design choices for that munition/chemical factory/storage.
Thing is that any cause that will lead to explosion will need countermasures. Concentrated explosion against bedrock especially underground, like other bunkers/FOA facilities, would inevitably cause shockwave that would be equal to earthquake, so hipothetical “ammo storage boom” certainly will set off and destroy the rest of workshop. “Weak concrete roof” and shallow dig for factory will cause least resistance upwards, “soft soil” damp a bit shockwave. The placement under one of “plainest” areas around (or rather with very wide “bowl” shape) with least possible settlements to be not suspicious will secure least collateral damage. “Weak roof” point is about that within single blast all the fuel didn’t burned and a lot of it was spreaded around. Think of boiling pot - overpressured steam will cause the lid to jump. Same here - “roof” itself was sturdy enough to preserve it’s “shape” for the most parts, but collumns and other support wasn’t, so this “lid” for a moment long enough under very high pressure horizontally spreaded most of fuel along wide open area due to “shockwave”.

About the “double explosion” - I’ve had an itch that I’m still missing something.
It still could work out:

Other cause would be (mis)handling unstable chemicals.

* command bunkers are for some strange reason were devoid of bodies and has little to none signs of fight, just some of them have scenes or “forceful entrance”, but nothing more

The crater was created by the reaper tank. It popped up when the reaper was added and the reaper blueprint can be found there. It was in the underground bunker we see ruins of and was able to blow itself out.

Yes, but it’s unclear what exactly happened. I mean what kind of explosion. How was it triggered, etc. There is no info on this, only visual evidence And the fact the Reaper was introduced, which sparked a lot of ideas, and conjecture.

Well, the reaper does have an attack that causes a massive explosion, so probably that.

Yes probably the thermobaric blast in combination with explosives/fuel in the underground bunker. Still there are also nuclear theories. Also the why is untold, was it deliberate or accidental?

So it’s not a story fact yet.

Well, we know the reaper is one of FNIXs own creations, as seen in the blueprints description. He took over a prototype of a new tank shortly before the invasion and made it his own. With that in mind, I’m guessing it’s deliberate.

Maybe bunker 66(6) is a maintinance entrance for the tunnels at the crater? so what if bunker 666 is a way in The RAF Fauld explosion was a military accident which occurred at 11:11 am on Monday, 27 November 1944 at the RAF Fauld underground munitions storage depot in Staffordshire, England. It was one of the largest non-nuclear explosions in history and the largest on UK soil. Between 3,500 and 4,000 tonnes (3,900 and 4,400 tons) of ordnance exploded, mostly high explosives. The explosion crater with a depth of 100 feet (30 m) and 250 yards (230 m) across is still visible just south of Fauld, to th... 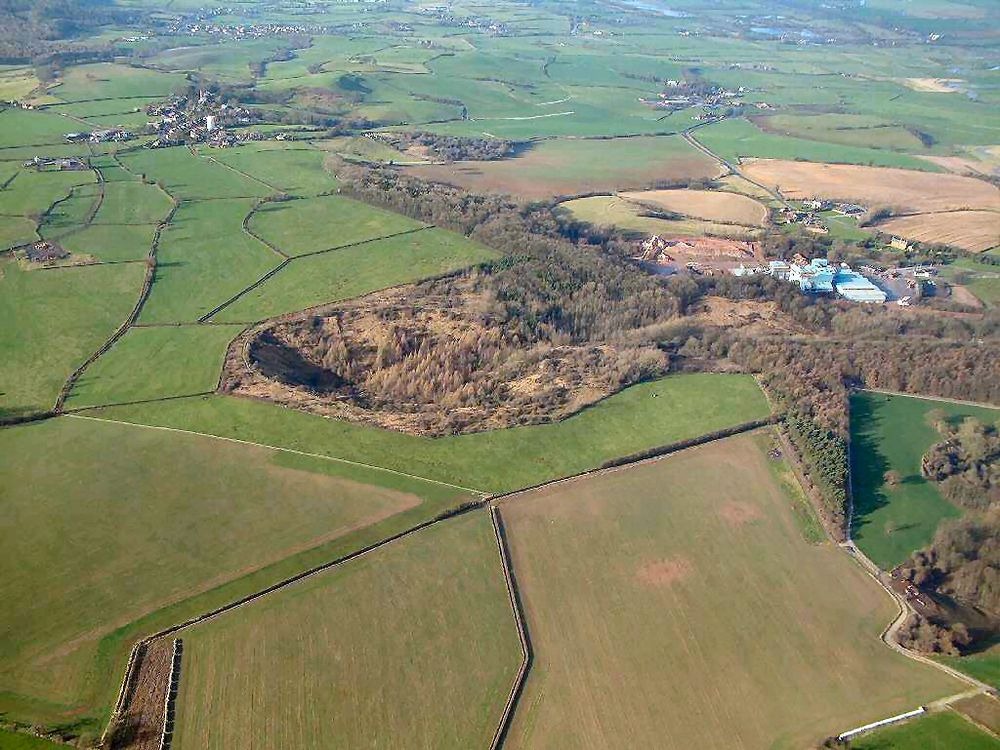 Does anyone know what happened to cause all the destruction in the farmlands?

I believe it is the events from cataclysm day.

@Iris read the above replies to find out most plausible theories.

Ok I know I asked what it is but I think I have a theory the Reaper didn’t do it at all but it was manufactured there or had some relationship with the place. I understand you’ll all say “It was the Reaper what are you talking about” just hear this. The crater was just a test by FNIX for something far worse something like all the tank classes merged into one really big really deadly and really hard to get to spawn. If you did make it spawn you would most likely need something like ever type of tank in one region all max level, including the Reaper and the ln you’ll face FNIX’s prized champion (it would most likely appear away from you) and I have a feeling if any of this is true then Avalanche could intend that this is a kind of final boss that might be spawned and downright controlled by FNIX and is spawned someway else than rival relation. If you liked this theory just hit the little heart

but it was manufactured there or had some relationship with the place.

Your idea is similar to mine, which i posted above:

I think that the Skinnarbol was the main development bunker for Reaper, evidenced by the nearby terminal with it’s blueprint. And during the development or assembly of Reaper’s armament, something went wrong and the whole assembly area went sky high.
It is impossible to tell what exactly triggered the explosion but it could’ve very well been that one of the assembly ticks had malfunction and pointed it’s laser to wrong spot, thus triggering the explosion.

I meant all of the classes there are combined as if FNIX tore apart each and reassembled them into one big demonic horrifying tank.

Wow what a chance because I didn’t even read yours