Figuring out XP per level

I’m trying to determine the amount of XP required per level.

If anyone happens to level up, I would appreciate the numbers

I have few level up numbers:

And some other numbers as well (mid-level):

This is outstanding Aesyle thank you

Rather than waiting skill respec, when, if it ever comes, i wiped my 1st char (Sniper) and started anew. With this, i have some juicy numbers to share: 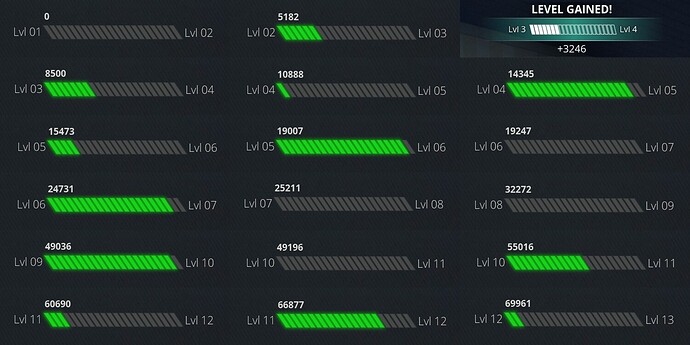 Right, this is excellent.

And here is another batch of level up numbers: 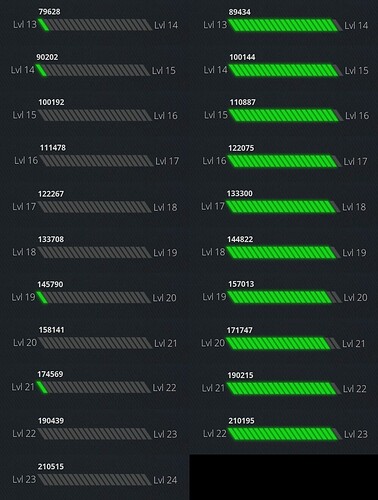 I wonder, what kind of statistic (result) you’ve come up with all of them as of now?

Well, here’s what’s in the mix.

It’s skill tree related, I don’t know when - or how I will need the info, but I will and it’s gonna need to be on point. I can also add, that an Xbox sufferer is currently on a brand new build, who is kindly noting XP at each level gain. Now I’ve taken it a face value, offered him supplies in return so I hope it comes through down the line.

My thanks as always for the info

Well @Aesyle its not good, not good at all.

I’ve been at this for over two weeks now. I’ve just run levels 0 -10 again and I’m happy with the numbers but there is no pattern, algorithm, or formula I can figure out in any way. What’s also concerning, is the jump in XP required from 29 - 30, and then 30 - 31.

So what it leaves me with, is basically another character build to run levels 11 - 29. I’ve logged the XP value of 12 various machines - so you can literally kill by numbers edging closer to the next level giving my best guess at the XP needed for each level.

It’s almost as if, the developers thought that would be enough of a jump for players to grind for and genuinely never intended it to go any further ( despite the Level 32 flash from back in the glory days )

I shall keep you updated on progress.

Half way there - and struggling not to spend the skill points - but that is for later.

So far, 11 - 16 have been consistent within a few hundred XP. My concern is still the transition into the early 20’s but the Rival purge is helping speed things along.

Next update will be when I have all the numbers together. 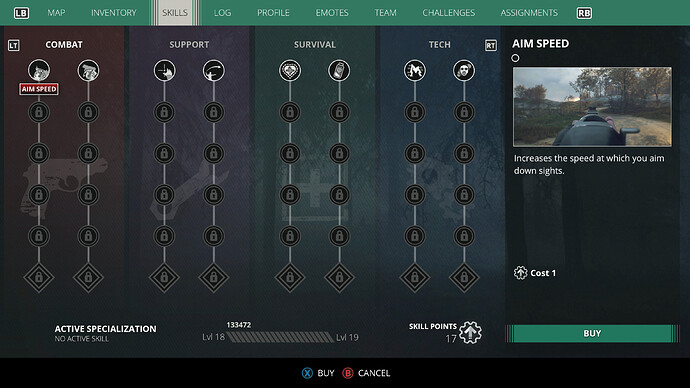 The level jump has been very consistent and am confident the levels 20-30 will be where the big jumps start.

Now, parallel to this - will be my Vanguard 2.0 build, which is now finished. It is post resistance however - so for now I’m still grinding. It’s all on twitch if you want to follow the journey. 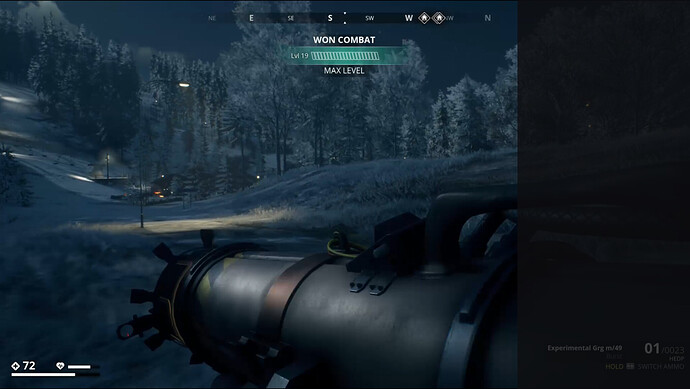 It’s all over folks! They are onto me and don’t want me knowing

So the first run has been logged and I’ve got a solid set of numbers to base the next step on.

It been as expected - with the halfway point at Level 25.11 - the last few levels from here is where it jumps.

That said - I’ve now deleted the first character, and started again to run the numbers again throughout August, and farm for the final few schematics. I also am currently on a working theory in order to obtain the missing clothing schematics every time. Time will tell if that works out as a guarantee drop, but so far so good.

Look forward to sharing it all when the time comes.