On the subject of weaponry, there have been a few other topics on it we all want some weapon implemented in the game. So I want you to upload information about the weapon, what time period it was from. Please make sure the weapon was made before 1989 because of game setting. And lastly add the caliber of the weapon and an image. And don’t forget everyone the game is coming out on the 26th of march.

Here’s one of my favorites:
IWI Mini-Uzi submachine gun
year: 1980
Caliber: 9mm with 19 bullets per clip 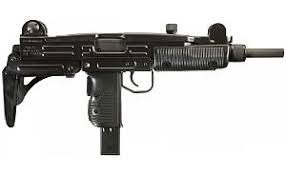 It should be noted that Sweden is a country with pretty strict gun laws, so stuff like Uzi’s and other full-auto weapons (or even many military-style semi-auto weapons) would be extremely unlikely to show up in the game.

Basically only the military had access to military style weapons during the 80’s, and those were limited to a few types.

As for the lever action weapons, those would be pretty rare too.
Not really used in Sweden, at any time.

Quick info:
The SPAS-12 was classified as an Assault Shotgun, and was made for police / swat / riot work in mind. The ability to switch between Semi-auto action, and Pump action allowed the shot gun to operate using both normal 12ga rounds, Non Lethal rounds (in Pump action mode only) and specialty / exotic rounds.

Extra (for gameplay): Could switch between semi and pump action via the selector switch button / action allowing the player to either use one according to the round that is used and perhaps different benifits to each one.

The ingame desctiption of 7.62 ammo says that it’s used for AR’s and sniper rifles even though there are no sniper rifles currently using it. Might be a sign that they’ll add this wonderful weapon at some point.

definitly one of my favs!

As weapons available in 80’s in Sweden at this era:

the Swedish Mausers in all of their glory. problem being it’s a specific ammunition 6.5x55 Swedish which could be turned into .243 or 7.62x51 NATO for the sake of game balance and simplicity. 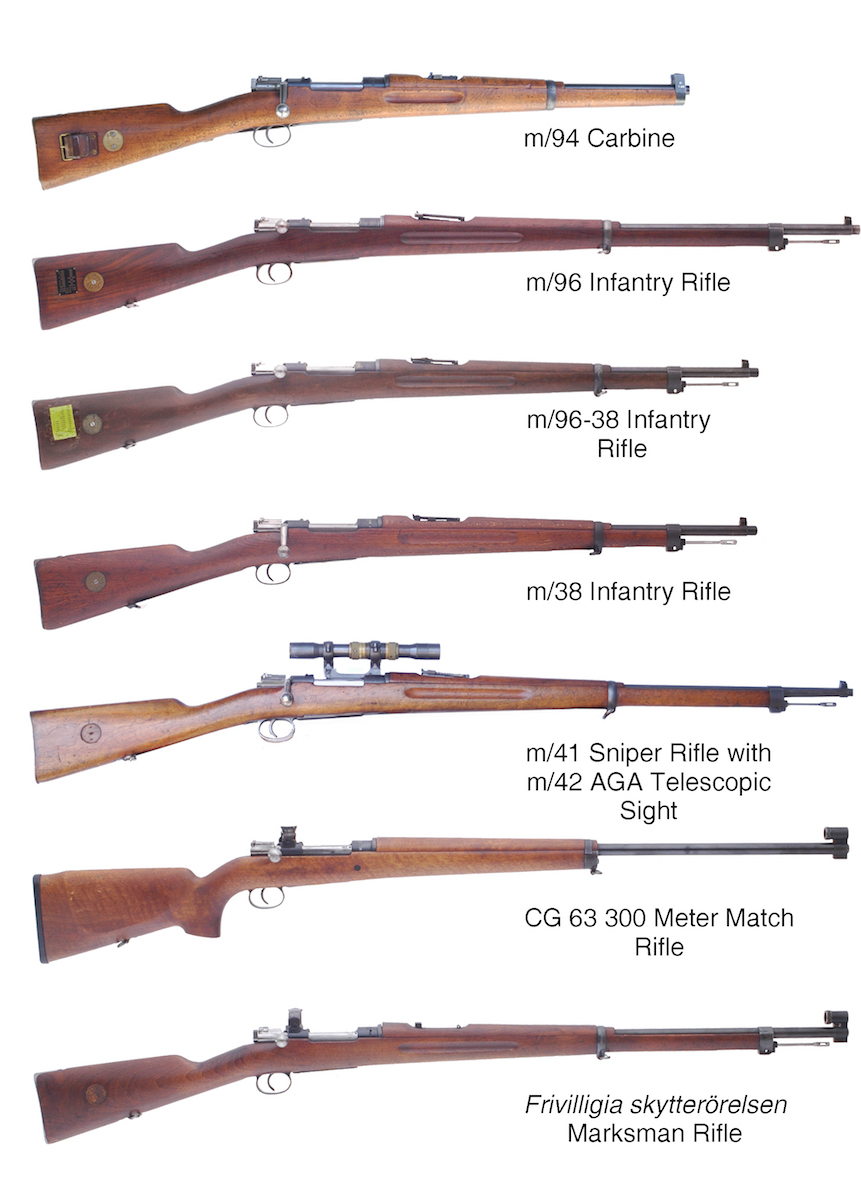 The m/40 pistol, a 9x19mm pistol from WWII design. Look at this and you’ll see its legacy. 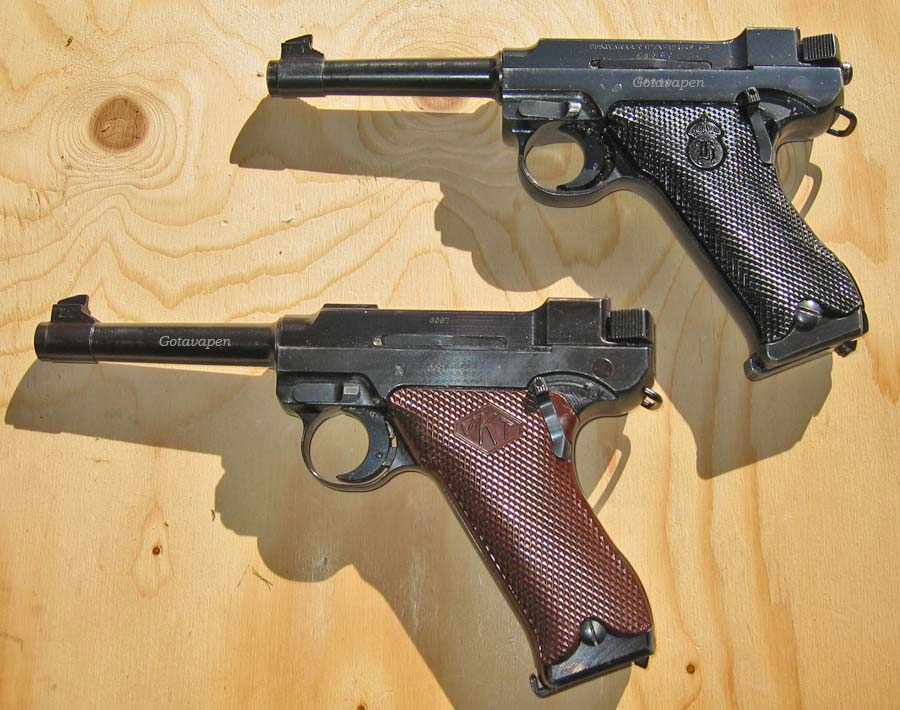 Plus some other hunting rifles and antics from WWII like Mosin Nagant M1891 rifle and its variants, original Mausers K98, Luger and Makarov pistols

AFAIK, Sweden is not a place where you can find a zillion gun models, there are some hunting and sport riffles, perhaps few handguns but mostly all the guns you can find at this era are already in game.

The main problem I can see for the moment is the lack of diversity of STATS. I take the Moller PP and it’s barely different from the Klaucke except magazine size. Even worse with sniper rifles where a .243 is just a little less powerful than a .50BMG monster passing from 14 to 15… needless to say that due to ammunition (scarcity and stack size) I do’t even bother with anything else than the mighty Meusser. I will even roll back on the Möller PP as soon I find one 3 or 4c giving my 5c Magnus to a friend and not even considering the Klaucke as an option (it’s the same gun with just bigger magazine but with half ammunition stack.)
That’s where the devs have to look for balance and give the feeling you improve your stuff by passing from the tiny Möller to the Klaucke and having a nice antitank gun when hanging your Magnus.

Until then I will stay with Möller PP, Meusser rifle, AK4 and just keep the HP5 just because the Kpist is atrociously ugly (if it was in another caliber, I will keep the Kpist).

It all depends what you’re using those weapons for. The sidearms you mentioned for instance:

As for ammo stacking, well, if somebody needs more than the 120 rounds that are merged with the pistol, I’d suggest they take 20 more adrenaline rather than another box of ammo.

To stay in line with the Swedish setting, I definitely want the game to feature: 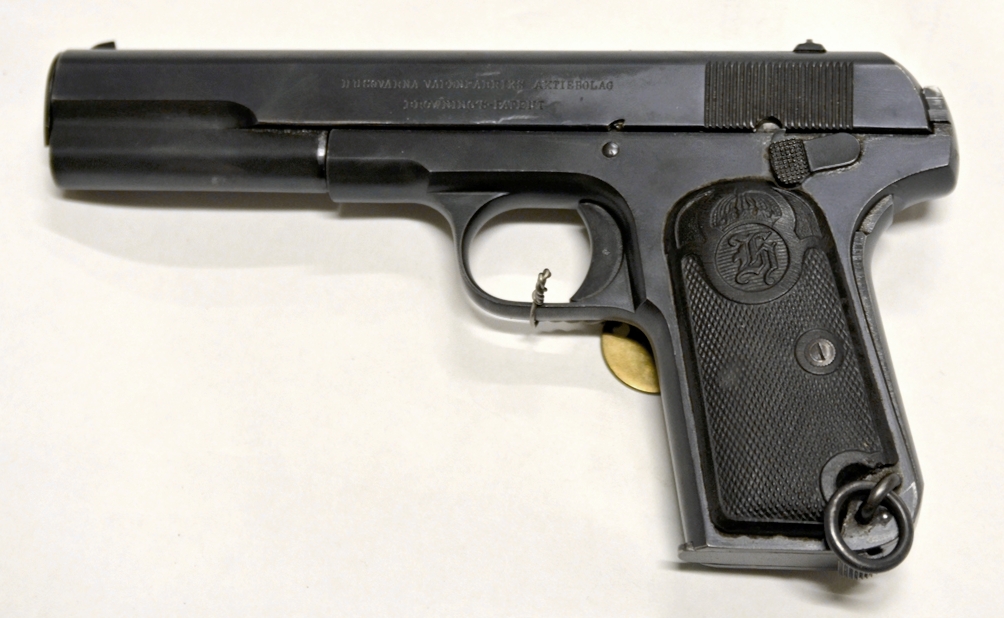 Ksp 58. An absolute beast of a Medium Machinegun employed by swedish military up until the 1980’s. Could be great as a support weapon employed by your teammates and dish out a lot of damage quickly, at the cost of large amounts of 7,62 ammo.

Could you add a Luger (sorry pic wasn’t availible)

Škorpion vz. 61.
Small submachinegun in caliber .32.
Never used in Sweden but it could be the Gun mounted on runners. And if you are Lucky you could scavange one from a downed runner.

The Škorpion vz. 61 is a Czechoslovak machine pistol developed in 1959 by Miroslav Rybář (1924–1970) and produced under the official designation Samopal vzor 61 ("submachine gun model 1961") by the Česká zbrojovka arms factory in Uherský Brod from 1961 to 1979. Although it was developed for use with security forces and special forces, the weapon was also accepted into service with the Czechoslovak Army, as a personal sidearm for lower-ranking army staff, vehicle drivers, armoured vehicle personn...

I think some weapons used in the first and second world wars would be pretty good. Granted they may not be from Sweden, I’m sure there was a way to get there types of weapons in most countries. Like an MP-40 or STG-44, STEN gun. Some LMG’s, MMG’s and HMG’s would be really good for fighting tanks and hunters I think. I don’t know a whole lot about old weapons and place of origin, or even newer weapons for that matter.

Sweden had a few Suomi submachineguns during ww2. The rest was mostly Bolt action rifles. Actually the submachinegun in the game was one of the best in the world when it came. Even the US special forces used it with silencers.

In service today. was used under the cold war.

will be used as a heavy support weapon 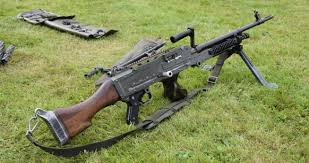 and i also want Pansarskott 86 in the game.

The Dragunov would realistically have to be a separate ammo type for balance reasons (if it used the existing 7.62mm ammo, it would be the best sniper, period, because of ammo availability), though I would love to have one in game.

Also, as far as 7.62mm ammo, the devs seem to think that as long as ammo is the same caliber, a gun will shoot it. H&K G3’s (like the AG 4 in game) use 7.62x51mm NATO, which actually was in use at the time (and up through the early 2000’s) in antipersonnel snipers (and is still in widespread use in DMR’s). AK-47’s (the apparent basis of the AI-76) use 7.62x39mm Soviet ammo, which was only ever used elsewhere in SKS, RPD, and RPK designs. Dragunov’s use 7.62x54mmR ammo, same as the old Russian Mosin-Nagant rifles, which is still in use today for antipersonnel snipers.