Glowy Green HP5 sights are too big, bright and distracting 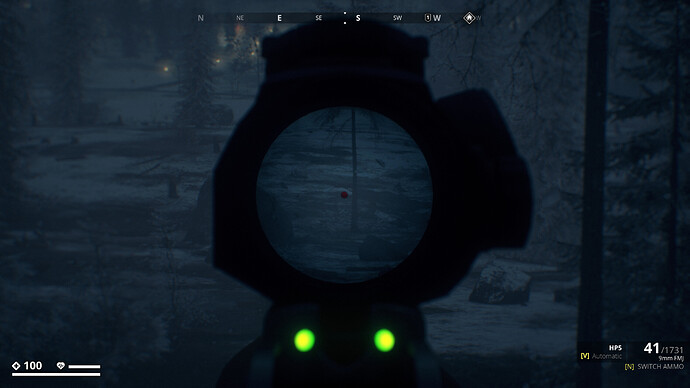 I love playing at night in the dark with HP5 but this green glowy on the iron sights is “way over the top” in brightness and ruins it, it’s too big, too bright and very distracting.

I don’t even want to see these two giant green blobs when I have a red dot sight fitted.

Meanwhile back in the 80s and 90s those green dots were “all the rage”
And for those who know what they are still are.

What your seeing is a redundancy feature of the gun itself. The real model of the hp5 has those same green dots just as bright and can not be removed when you install an acog red dot reflex or holo sight system.

Its called Tritium and i am surprised they are not on more 4c-5c guns.

My brightness is not too high and it looks nothing like tritium which is paler, flatter and duller. I’ve used weapons with tritium IRL and the ones on the HP5 look like some bright LED contraption from Walmart, not tritium at all.

It probably looks light brightness is up too high because of the snow.

Here’s the same levels in a dark barn, it’s even worse.

The red dot can barely be seen, it’s totally drowned out by the green craziness. 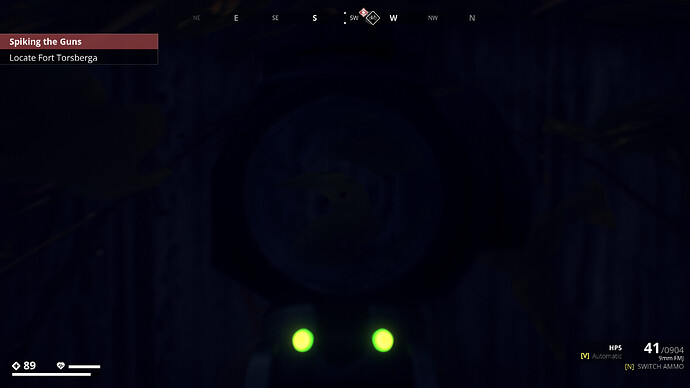 Yeah, the red dot sight is really bad in GZ. The ‘dot’ is more of a big dark smudge with zero illumination. It’s got way too much zoom too, it’s really bad for close range engagements.

And on console, the sensitivity is so low with it that it’s basically useless. Though the same is true of the other scopes too. That’s why I always use iron sights on anything other than the Exp PVG.

I don’t have a problem with the illuminated irons to be honest. I think they’re helpful at night and they look cool. Maybe it’s just because I’m so used to using them though, like stockholm syndrome.

Now if only the reddots dot was actually brighter like it should be.

Point still there the green dots are not the problem. As in this picture it looks a whole lot more clear they are Tritium. Their brightness wont change cause they are a light source.

Maybe if the red dot was equally as bright as the green then it would balance out.

There’s no way the red dot should be that dim, it’s just silly.