I’ve never seen this kind of crate. Anyone else? 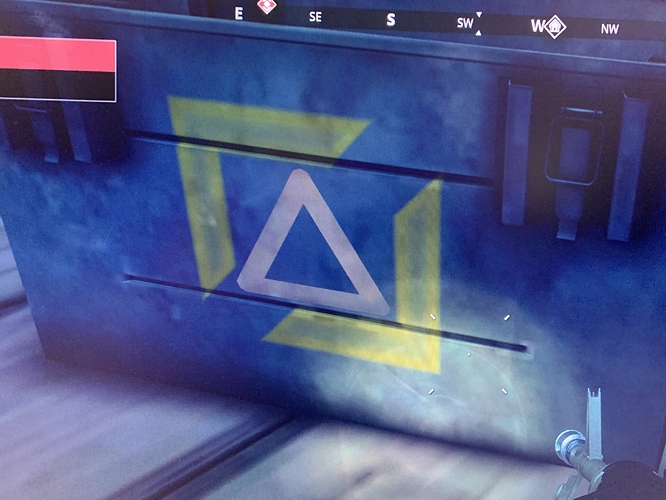 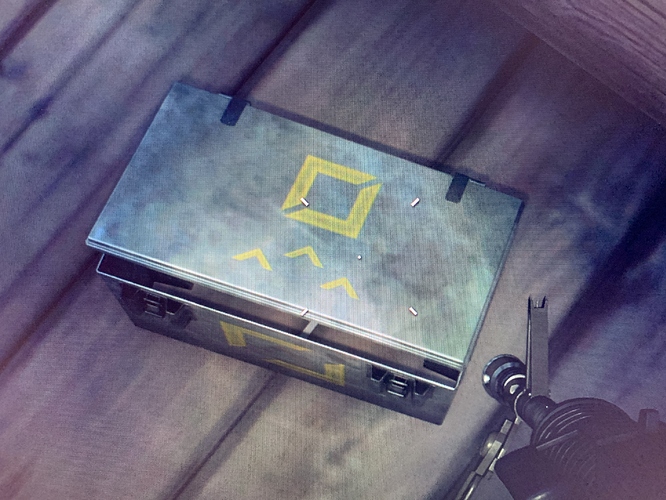 I can say I have. Location?

Honestly, I never paid a lot of attention to the ammo crates.

If the devs are changing the signs on the ammo crates, what do you think their reasoning is

They are consistent with updates, or “chapters” if you prefer.
On Himfjall boxes mostly are smooth olive green with yellow triangle (Apoc color scheme) - probably introduced with “Alpine Unrest” (got game at May’20). First patches with “FNIX Rising” began spawning orange boxes, usually at region where DLC’s quests start (Archi, SC and south farmlands). “Square with tripple crowns” I noticed after “Reaper’s Hole” patches.
Russians… brought own crates.

There may be some lore behind the markings but none is found in the game. At least, different looks give us some variety to the loot boxes. An eyecandy to say so.

Not entirely true, since those orange boxes are found on Himfjäll as well and as early as November '19 update, when Alpine Unrest DLC was released.

At farm near safehouse. In barn.

Image is not working. a Barn near one of 101 safehouses isn’t narrowing it down. Do you know what safehouse?

Do you know what safehouse?

These ammo crates are all over Himfjäll, e.g here’s the 1st one i have in Tärnboda skans, just left from Kundsam store and right from the truck, on West side of Tärnboda skans: 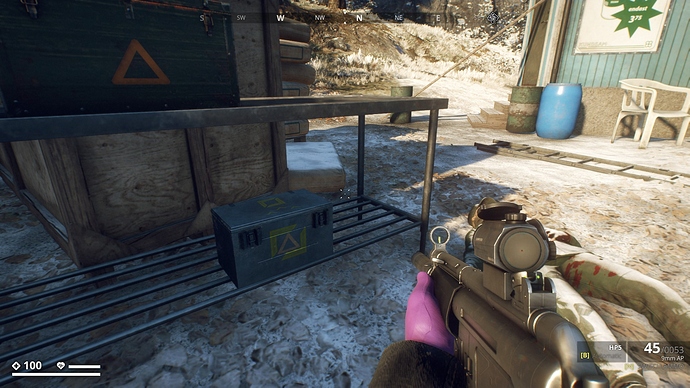 Well, I’ve wrote what I’ve observed and what was consistent with me and you had proof.

Nothing wrong with your observation. I just corrected it.

Though, i’m more interested as of why there is a triangle on the face of ammo boxes?

It gives me Illuminati vibes.

Though, i’m more interested as of why there is a triangle on the face of ammo boxes?

It could be a warning symbol. But then it should be an exclamation mark in the middle

It could be a warning symbol.

I don’t think it would be warning symbol. It looks too subtle.

Thinking a bit of it, i have 2 theories:

I’m leaning more towards your first theory, because of the “clickers” on the boxes 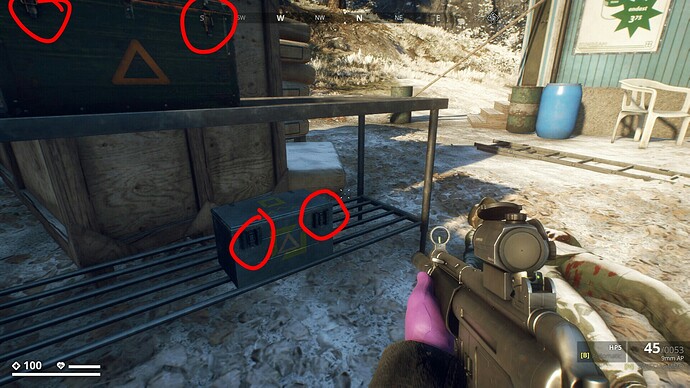