Strange Power Lines into the Ocean: What Is FNIX doing?

In 1989 the Swedish navy had 2 submarine divisions, with likely some on patrol and some in repair and refit, but a question i have is if any of them survived and are hunting down some sort of underwater machines, or fleeing to another country. If any of these survived they would be a great asset to the resistance or remains of the military, if they could get someplace like Sathoholmen naval base repaired. Where are these monsters and if they are here what are they doing?

Considering that the fnix is strictly land-based (no air capabilities other than scouts, witch seem to hover at a seemingly fixed altitude of aproximately 2-2.5m), i doubt there is any fnix naval presence.
That makes the game somewhat unrealistic since air superiority has been a fundamental part of the military plans for victory since ww1…
Sea superiority is important too, from a strategic standpoint, but its not nearly as important as air, and i think that if your airforce is strong enough, you can pretty much go without navy and still be victorious, both as attacker and defender.

But it would be awesome if there were more games in the GenZero universe, like world of warships and so on, where you would fight fnix in the air and on the seas.
But it would not be belivable having a teenager battling a fnix carrier group with his/her newly “found”/stolen submarine…

Fnix probably hacked all Mobile and Fixed anti air and anti ship Missile systems nearby (and some weapon system or Machine destroyed all the Swedish airplanes that took of).
As far as we know there might even exist submarine drones or the subs were hacked and sunk to the bottom where everyone died

.
Skynet was dumb compared to Fnix, think about it, if Skynet took control of most weapons systems and did not have personality neither a big human understanding, think about Fnix that understands and even has a bit of personality and humor.

I meant if we found a military resistance group Maybe i could be used as a mission vehicle like how the truck is used in FNIX rising. We interact with it, go somewhere and then i dunno as we get out a machine blows it up?

fnix is strictly land-based (no air capabilities other than scouts, witch seem to hover at a seemingly fixed altitude of aproximately 2-2.5m)

Thats what we know so far! In the recent update with the fnix buildings there are power lines going into the ocean and they must lead somewhere!

i doubt there is any fnix naval presence.

Well, both of us COULD be right…

Consider this; you dont need to be IN the water to control your coast line.

Also, you dont strictly need CONTROLLABLE naval weaponry to rule the seas, age old area denial weapons like mines are quite effective at keeping your enemies away.

But, i suppose those power lines that run into the waters are for submerged bases of some sort, like a “stationary submarine”, resting on the bottom of the sea…
Strictly speaking, Fnix doesnt require air to breathe, so a simple diving bell-design would keep the electronics dry and cozy, the surrounding waters would provide ample cooling and with off-base power supply, Fnix submerged bases could effectively be completely silent and have the sonar profile of a sunken ship or rocks.

If they have not been hacked already, the submarines could be laying low and busy coming up with a plan to take over the FNIX.

Air superiority? I would be very afraid. A tiny little hidden Seeker tells a few Hunters and Tanks the trajectory of a plane. By the time the plane is in x location, the robots will be aiming straight up and ready to shoot. June 2020 missiles coming out of Tanks and Harvesters will never catch a plane, but can take out a helicopter. I am confident they still have April 2020 missiles still packedged in their bodies to take care of any airplanes.

If you have done alpine unrest mission, Nothing but Snow there is a fighter jet that was in the air 5 mins or so before being shot down on himfall

In the recent update with the fnix buildings there are power lines going into the ocean and they must lead somewhere!

So I think we could use this thread to theorise what is going into the water and where? ( Sorry for bad image ) Here is a spot where i 100% know there are these strange power lines going into the ocean So my 3 theories are: A There is an underwater base around here. B Its going to the island west of the mountains region. Or C It’s to power some underwater machines. What do you think? I feel B Is most likely 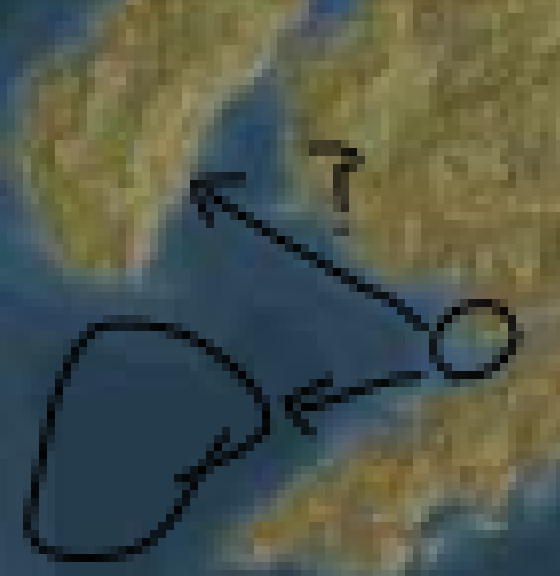 The current situation with FNIX’s expansive abilities and how far Sweden is in to war with FNIX - Uncertain.

I have a video in the works that points out these things -
Multiple cables run to submersible levels, some cables in concentrated areas of FNIX’s activity run through houses (Stealing power), but some run underground through destroyed buildings… Very odd.

Tons of pointers for FNIX being underground with the large elevators that are sighted around Alpine, Normyrra and now South Coast. Could be all connected… FNIX most likely can have it’s machines run underwater, or is developing underwater variants for these cables. Ticks run the cables, so there maybe seems to be a water resistant tick.

Most likely SA sends these morse codes to Yellow Reindeer (most likely Fredrik Holberg) to standby for orders, as deployment is imminent. Almost 2 months in to the timeline could be and it took FNIX a month to start making it’s own structures, so most likely outside of Ostervik all hope is NOT lost

We might be in a tough spot cut off from any assistance and maybe even FNIX can build these on-ground structures because it’s unafraid of air assaults… as if they’ve either taken care of the Soviet Ship near by or brokered a deal. Still, NATO knows, so is involved and turns to be this awkward situation. Sweden and Soviet Union has tension, NATO and Sweden doesn’t.

… FNIX most likely can have it’s machines run underwater, or is developing underwater variants for these cables. Ticks run the cables, so there maybe seems to be a water resistant tick…

I’d say there are several chances of that.

They all have gas tanks = an internal combustion engine. So they need air, but we have compressed air tanks in the game.

So I’d say the possibilities are:

Then again I think the current models are not waterproof at all. Has anyone noticed how they blow up in the water?

Has anyone noticed how they blow up in the water?

Yes i have noticed that I saw some prototype runners near the camp island On the borders of farmlands, forest and marshlands. I hacked them and one pounced and missed and got flung into the water and the other one followed and exploded soon after so they are not water proof

I figure that a bunker of some sort ( Likely on the island west of mountains region) leads near the ocean and FNIX has improved it to go into the ocean or made one from scratch. Maybe we will see a new machine type that specialises underwater? Or multiple underwater machines

I think FNIX is completely unafraid of an air attack as in alpine unrest mission, Nothing but Snow, A Swedish fighter was taken down very fast upon receiving radio contact. I think this gave FNIX the confidence to build as he knows now his anto air system is brilliant. Perhaps the machines locked on using radio waves? Or maybe they have just 11/10 anti air systems. FNIX built a freaking artillery cannon. Why couldn’t he have built underwater Anti-Air missiles?

Also i feel this topic needs a new name. That seems a bit better and more on topic.

It could simply be that FNIX is tapping into the underwater power lines to draw from.

But they would still have needed machinery to get to those lines to tap into. Either humans doing it for them, waterproof variants of their current armada, or completely different waterproof models that we haven’t seen.

I think FNIX might be doing something with the Muskedden port complex soon as it is a big complex leading to the coastline and close to the west of mountains region island (Can we give it a name until we get its real name? Suggestions?) where i am going to presume FNIX has some crazy projects.

What we need now is the ability to swim and some submersible robots that will chew you up if you venture too far off the map.

You know where there are water contour lines on the map? I feel if we were to swim we could swim like 1 contour line so not that deep or if we had boats that could only sail in the shallower water area

The waters get really deep really fast. I have launched myself several times all around the world to the ocean and it’s quite deep everywhere.

Map Is not very recognisable where this is can you give more detail to where this is? Never mind I found the spot.