We have requsted a new robot for a while now and we have got a new robot… Kind of. In this case its the apo class robots but then u think about it… Its not really a new robot, its just a robots with new guns

so what could be a new robot to the game? Big giant tick maybe, a bigger tank nah, big ass flying robot? No… TERMINATORS, thats what this new robots should be! Genzeros theme song is mix from terminators theme song so why not take a bit inspiration from terminators robots? Imagine u walking around in a bunker and u start to hear footsteps and u know u are the only one on the server so u go and check what it is and when u see a human looking robot with arms and legs, has glowing red eyes, metal face, and genzeros theme songs starts kicking in and its look at you with his coled red eyes and jumps at you and strikes you with his hand, u get knockdown and he grabs you u slowly dying and ofc the half robots half robot can use guns, not a fully copy terminator but i bit close to it, you see them wander around the world, in bunkers, on the streets ones filled with joy and peace now Its just caos. So the stats should be: they can walk as fast as you but you can outrun them, heavy armor so armor percing is really good agains them, thermal vision, special plasma guns, they can jump ofc. There are ofc more but i im just a bit lazy to say they all, i hope you guys like the idé!

Why should we be able to outrun them?
Doesn’t that defeat the purpose, sir?

What is the threat, if you can just outrun it…?

Otherwise, I ask myself: how are these compatible to the current lore as how robots look at the moment?

U remember the ending of the game? This dude was that machine he was like a half robot half human so it would make sense if sweden made a terminator, you can outrun them but not without stamina so it would catch up with u, and it has chance of dropping that plasma gun too

Ah.
Well… I’ll just wait for other insights in the matter.

Thank you for responding to my questions.
Most kind, sir dude!
(He asked me to call him dude in Discord).

U remember the ending of the game? This dude was that machine he was like a half robot half human

Which game was this?

In the ending of the game, u will meet this person who was dying but they did a surgery and they put his brain inside that machine

Tack för tipset.
I don’t feel GenZero needs a terminator-style robot enemy though. Thanks for sharing your imaginative scene.

Well, I could see a prototype version of a terminator’ish machine…
Bulky, clever…

they can walk as fast as you but you can outrun them, heavy armor so armor percing is really good agains them, thermal vision, special plasma guns, they can jump ofc.

We already have that kind of machine in the game and it’s called: Hunter. 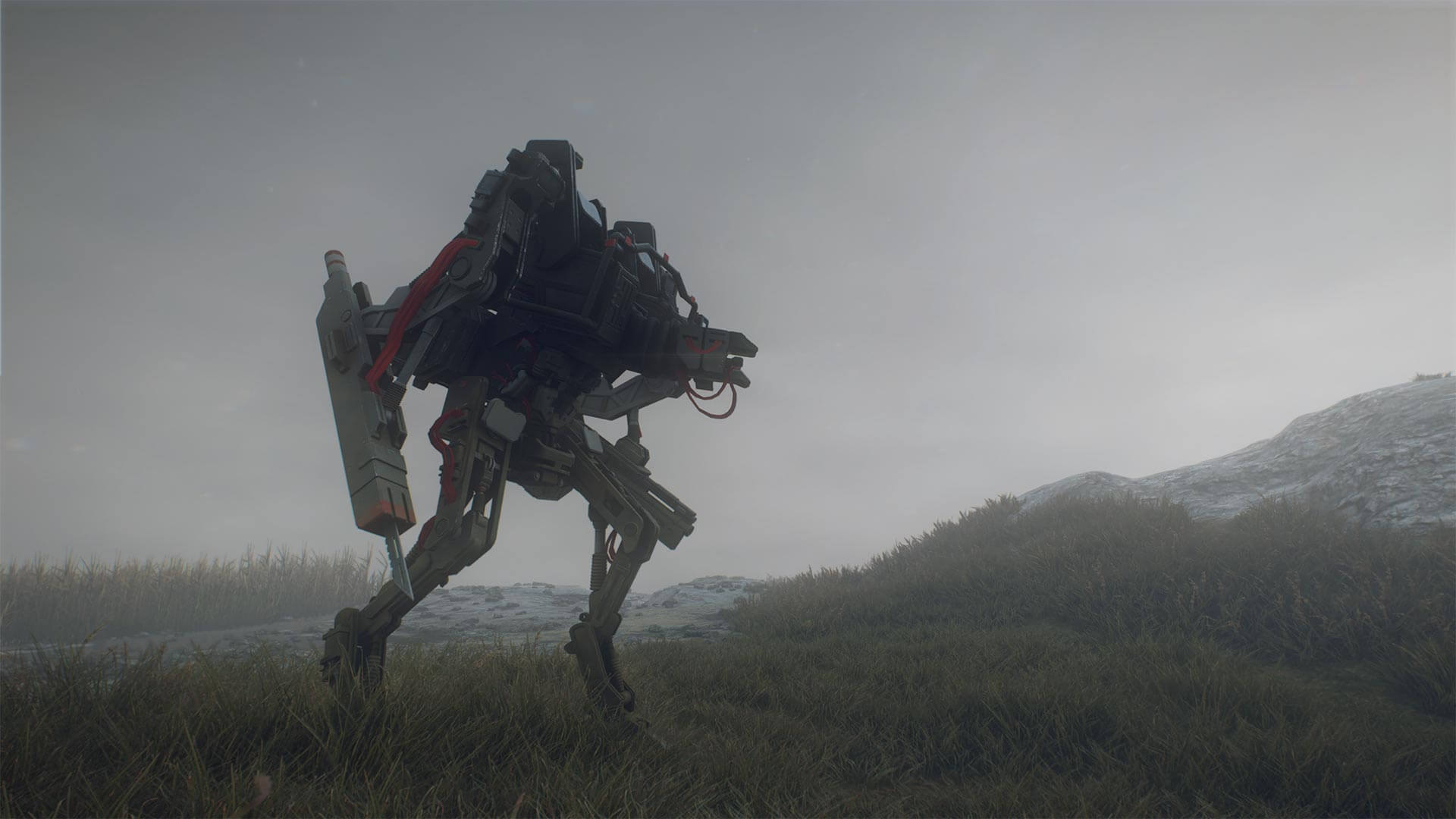 The only organic parts on a T-800/900 etc was the skin. It hardly meets the cyborg requirements.

But more than that, is the “why”. I’ll explain.

The terminators you speak of was used as infiltrators. Because they could pass for human, they could get into protected bunkers and such and wipe them out from inside.

This would be a cool feature if there actually was a widespread resistance to the machine threat, but as far as I’ve seen, the military was totally overwhelmed and what little resistance that exists are small groups of survivors, doing their best to hide from the robos, not really fighting back.
An infiltrator type of robot would be fairly ineffective against this type of resistance.

Now, if there was to be a Generation Zero II sequel, this could be used if for example, the game took part on the mainland and there was an actual armed resistance to speak of. Perhaps in a more heavily urbanized area or such. Perhaps human npc’s could be scattered around the world, giving missions or health or whatever, and some of them were infiltrators that instead of doing so, attacked the player or led them into ambushes.

Or wanted to accompany them to bigger human resistance groups.

The only organic parts on a T-800/900 etc was the skin. It hardly meets the cyborg requirements.

A cyborg, short for “cybernetic organism”, is a being with both organic and biomechatronic body parts. T-800 and T-900 are exactly that, a cybernetic organism, with living tissue over a hyperalloy endoskeleton.

Also, what OP is asking for is already in the game in form of a Hunter.

I think the issue with the ultra cute 101 combat chassis is that the skin is a cover, not a part of the organism.1 It’s like a leather jacket or meaty hat. Kevin Warwick, on the other hand, had a chip interfaced with his nervous system, and that’s the link that counts for being a cyborg.
That said, I hope GenZero isn’t going to try to borrow things from Terminator, mainly because the whole setup and atmosphere is totally different.

1. Yes, I know in sequels they retconned this business about sensing damage, but that was a weak ploy to humanise a murderbot so the audience would care more when it was recycled. The skin still wasn't an integral part of the system, unlike e.g. the biomechanical mix of Asimov's bicentennial man.
Deviant 2020-01-19 17:50:17 UTC #14

A cyborg, short for “cybernetic organism”, is a being with both organic and biomechatronic body parts. T-800 and T-900 are exactly that, a cybernetic organism, with living tissue over a hyperalloy endoskeleton.

A cyborg, as Flick says, is that the skin is the only bio thing about a terminator. Its more or less just a meat sack where as a “real” cyborg would be more intergrated with its biological components.

I’d go so far as to claim that Marcus Wright, the Hybrid terminator from Salvation, is the closest thing to a traditional cyborg as the series has come.

The Hunter is not really a Terminator though. Like I said, the Terminators we are talking about is for infiltration. There is no reason for the robots to try to mimic the human form down to a human sized hunter for anything else but infiltration.

The robots ingame right now fall more under the non-humanoid HK (Hunter-Killer) designation. They’d never pass for human and would never be used for infiltration. But they excel at the tasks they are desginated for. Hunting and killing humans, resource gathering, scouting and technical sabotage.

Exactly. Hunters have humanoid form because it enables them to perform certain actions well. Same for us humans.

So, in the latest dev stream, someone did ask if Terminator enemies would be a possibility. Devs response is at 00:17:47,
link: https://www.twitch.tv/videos/547211267?filter=archives&sort=time

I actually would like to have either a “terminator” and/or “predator” some sort of machine added to the game. Actually, more of a predator type class that would hunt you, that would be able to go “invisible” (cloak) like in the movies, and that would require EMP to destroy their cloaking abilities.

You should perhaps be able to see them through IR, and by seeing the slight distortion to the background when they move about.

I’ve posted about the whole being hunted part in numerous other posts on here, and a new type of enemy could very well be what would be needed for this.
An enemy with these abilities should work solo imho, since a whole pack of cloaked enemies would most likely be too much.

I’ve posted about the whole being hunted part in numerous other posts on here, and a new type of enemy could very well be what would be needed for this.

In the same dev stream i linked, just a bit forward from that, at 00:18:12 is devs answer about bringing completely new enemy to the game (built from scratch).