The end of a year for GZ, and new beginnings

Just wanted to share a few thoughts on what I’m currently up to.

The end of this year marks a new beginning for me in Generation Zero.
By the time the december update was out, I had decided that I needed to see the game with new eyes, at least as much as that’s possible after almost two years. The revamps to the southern parts of the map looked fantastic, still I found that I couldn’t simply fast travel back there and successfully immerse myself in them. I figured it would be a good idea to experience the story over again, and that way also discover the revamped areas. I packed my weapon collection and some necessities into the Plundra, held my breath and deleted all my 4 characters, along with all my progress.

Luckily, last week was generous with my spare time and now I’m already 20 hours into my “new game”. The result I had hoped for has been granted. I have totally re-discovered the Archipelago and the Farmlands. The deep feeling of mystery that I got in the first playthrough is not there anymore, naturally. Instead, this time I will mainly focus on the environments around me, and the stories they tell. 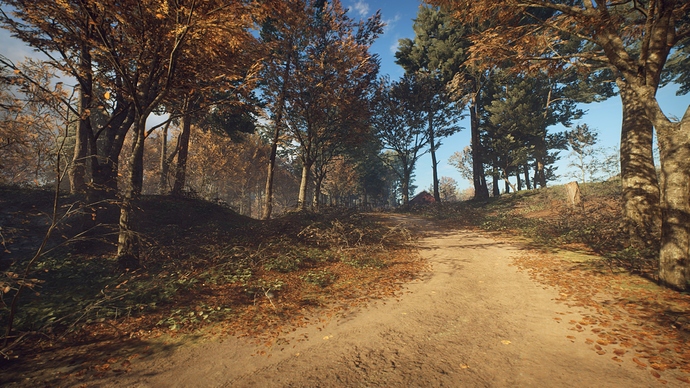 I remember now. I have walked these paths before, long ago. A memory stirs in the back of my head. A faded image of the frightened teenager who once washed ashore on these islands, lost and alone. Since he last set foot here, he has been reborn a warrior. Forged in fire and hardened by ice, he has become one with the north. I have enjoyed my return to the archipelago, a small paradise on the edge of Hell.

Another aspect of the game I have actually enjoyed discovering, is ammo and consumables crafting. When this was introduced I didn’t pay any attention to it. Now that I have left a 5 digit number of ammo, and a 3 digit number of medkits in oblivion, crafting is actually quite useful. I’ll gladly admit that going on long, tedious looting trips in bunkers and towns is a bit of a bummer. Better to actually break down things you don’t need, and make something useful. I have gone on trips to the outer reaches of the map, to collect the schematics I need, and noted some things along the way.

Russians are one major thing. I’m excited to see an explanation for their presence. I wonder if Sweden has allowed them to be there? If not, they have in fact invaded Sweden, which could have catastrophic consequences in a real life scenario, especially when the evidence points to them ending up in battle with the swedish resistance.

I have some really high hopes for the next major DLC. 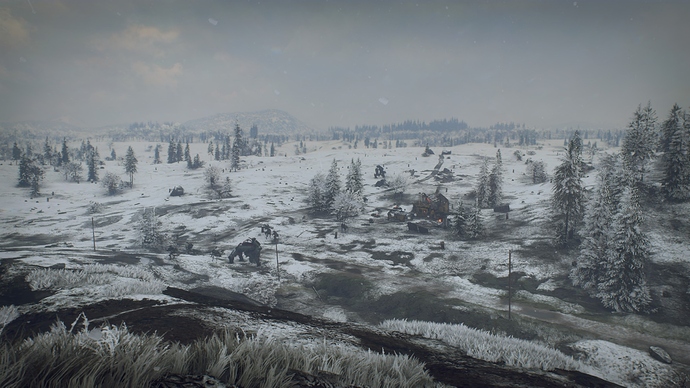 The north always calls me back. It beckons to me, draws me in. It’s voice is carried forth by the wind, whispering tales of treasure and glory into my ears. It steers me in it’s direction when I’m not mindful of my steps. It’s never a choice. The further north I go, the more tempting the prey becomes. Each trophy, grander than the other. I surrender to my instincts and hunt. In reality they are the bait and I, their prey, have swallowed it whole.

I was really excited by the announcement of the US weapons pack. I knew they would probably not compete with the experimentals in terms of sheer firepower, but a cool addition none the less. The gunplay and the hefty sounds are perhaps my favorite detail in this game! Looking back a few days, I can’t help but wish I had waited just a little while with starting a new game. I had about 40-50 rivals on my map that I could have taken out first, and maybe gotten some shiny, new 5* US weapons before I deleted everything… Well, it’s too late now. I’m just gonna have to work my way back to the north, and to Himfjäll in order to have a fair chance of obtaining those new toys now. I’ll set my expectations low, and suspect I’ll have to spend a few months looting, before I can finally wield those 5* versions. 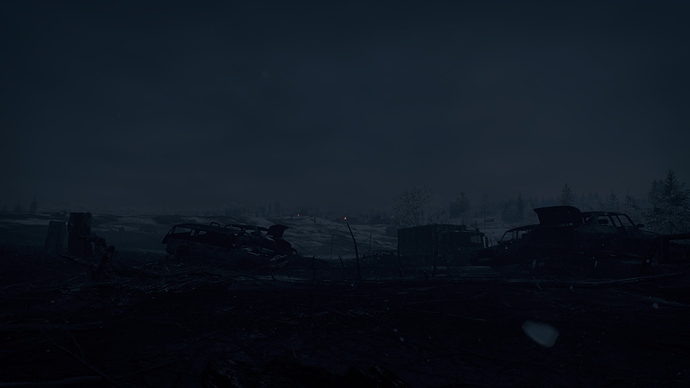 Morale is a fragile thing. Some days, the darkness seems to engulf me. It grips me tight. Forces me to look at the horrible destruction surrounding me. Snow and ashes drift with the howling wind. Charred bones and twisted metal tell the story of a bygone life that once unfolded here. I cannot let it consume me. I must press on. These people deserve to get some answers, though none are left to hear them.

For me, GZ is almost done for 2020. Christmas is at the door, and I have tons of other stuff to do.
I’m really looking forward to 2021, and what news might pop up on the horizon for GZ.
Mainly I’m hoping for some major new content in the coming months!

Thanks to all of you on the forum for helping me kill a lot of time during this weird year.

I’m taking a 13 day vacation with no chance of gaming, so I’ll probably keep hanging around the forums instead…

I cant help but notice that you said you had “40-50 rivals” available to you. Goodness gracious, how do you have such amazing patience? I love the idea of going through the game with just one clip and one first aid kit on me, but I love hoarding loot too much right now. Excellent post and superbly written!

Yeah, that’s correct. I had all those rivals because I had every weapon and attachment in my collection, plus a ton extra, and no more room to store any more. With no need to hunt for weapons, my rivals were left alone.
And like I said, I should have really had those rivals back now, to grind them for US weapons.
Back when I finally got the 5* KVM 59, it was from a rival. They don’t just drop experimentals it seems.

This game really fires up my imagination. If you’re interested in reading I have written a story too.

I’ll get to reading!

The foundations post December update are pretty much there.