The Striker (new machine concept by me)

Hey everyone, I thought I wanted to draw my idea for a possible new machine. 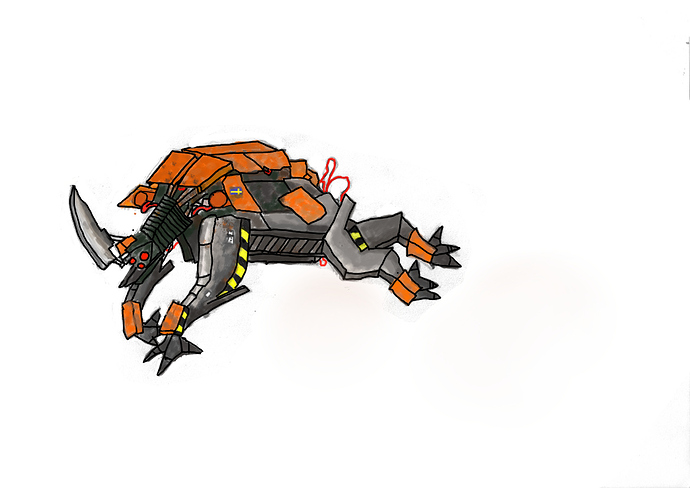 The striker is a heavy assault machine type. It has the size of a normal car and is armored very well.

It has a Rhino like spike on his forehead and fuel cells on its shoulders. In combat, the striker only has a melee attack, But don‘t underestimate this machine. It seems like its very slow because of its heavyness but once set in motion nothing can stop the striker. It was created as a battering ram to open up doors of bunkers or even to charge into convoys. Even tho this machine doesnt have a gun or a long range ability, its quicker than you think and will end you in a few seconds. Also its often near to relay beacons and guarded by runners.

Screenshoting this because of how cool it looks

It has the size of a normal car and is armored very well.

So, basically a bullet sponge?

Btw, your Striker is very similar to the Mauler suggested by @J053phH1.LL in this topic,
link: New Robot Concept: MAULER

Yeah basically, but way bigger and more dangerous I think

(was my own idea btw xD)

A machine like this would be a good counter to machines like the wolf, as it has a very long and low to the ground profile with weak armor, making it a perfect target for say…ramming