Where is the highest mountain located

Where is the highes mountain peak located in the whole map?

Would be grateful for coordinates or an image of the map where the mountain is marked.

I would say here, but I am not sure. 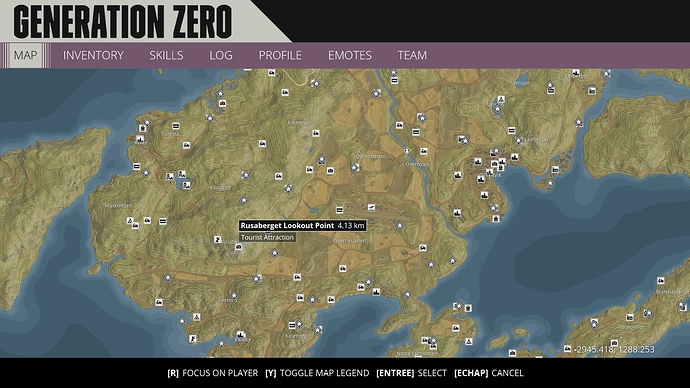 Thanks, and can Hikers Camp possibly be a bit higher?

I hope there can be an list on the fandom-wiki of high mountains.
It is so fun to bike downhill and where it is steep

If I remember well, there is a camp where the “camera” icon points on the map.

This area is kinda “flat” in real. The highest point, in real, is “Kärringberget”, which I doubt is marked on the map.

I was about to reply “to count circles on topo map”, but your overlay should suffice (unless mods remove it).

I thought about counting the topo circles. But that is really no fun.

Rusaberget got the most topo circles … i think 18

Highest peak in the Kilslagen mountain range is Rusaberget. Latter is also confirmed in the game lore, within “Top of the World” side mission. However, that doesn’t mean it’s higest in entire GZ.

So, to learn that, i counted topo circles, starting from sea level:

This should finally answer OP question.
Also, do note, not all lakes are on the sea level (if you started to count from a lake).

Reminder, please do not talk about content that can’t be accessed through normal gameplay