Why do people hate bullet sponges?

I absolute love them. And when fighting an enemy as big as a 2 story house? Why would anyone expect it to go down with just a few bullets?

I absolutely love bullet sponges. The longer a battle is the better. I actually get pretty annoyed at fast ending battles. I sometimes feel it is the people with the instant gratification mentality that hate bullet sponges. They need the everything now and need things to die now.

Because bullet sponges are boring, if they do not fight back decently.
Far better than armour and life amount is movement: it is far harder to hit a running target.
And even MORE hard, to hit a moving target that would shoot while moving, with darn great precision.

Engaging an Apoc Hunter, that is baffled by your dare, stunned by your aggression, just ain’t a major down, to me.

Because usually bullet sponges are boss fights, repeating same pattern and shoot certain spot (which not know, until you find it. Or sometimes you need the crystal ball to discover it).

Second thing, 2 story house size of machine thing, would probably be pretty much immune to all sorts of bullets. Because size, and massive amount of metal would make natural armor.

Third thing, this size of machine would have so massive fire power, that single player would not just simply have any sort of chance against it. It would just obliterate everything where player is.

Of course all of this is highly hypothetical if there was even small part realism in this game.

Bullet sponges are just boring tactic to make game last longer. And these type of games you just gun blaze trough the ordinary mobs, and then come to this boss fight.
How this game goes, keeping you on the edge. And any fight can lead to your death if not careful. That is the true excitement in games.

Because bullet sponges are boring, …

Some of these are massive 2 story industrial military robots. Why wouldn’t they be able to sustain a large number of bullets? Ok I destroyed the robot’s weapons. Now I have to get through its 2 inch armor. Why would I not think it would take a significant amount of time to get through 50mm / 2 in of armor with just hand weapons?

If you have a human you are trying to shoot, I will understand. It would be ridiculous to think it needs 5000 rounds to kill it. But a military robot designed to take a punishment?

Sir, I think you misunderstood me.
What I tried to say was, I prefer machines that are super aggressive, extremely agile, tactical, over brainless targets.
Such machines do not need immense amounts of shielding and the like, especially not if they can actually kill you in no time flat, so to speak.
To ME, that is far more preferable than basically a huge doll with tonnes of armour.

Making sense compared to reality is useless to apply in this game. If so, the first thing you can do is get rid of all pistols, smg’s and shotguns, AND melee weapons!
I think bullet sponge enemies are boring, and are negative toward the flow of the gameplay. If an enemy is to be made harder, make him smarter with more deadly attacks. Force the player to keep his head down and think before engaging the enemy.

Sir, I think you misunderstood me.
What I tried to say was, I prefer machines that are super aggressive, extremely agile, tactical, over brainless targets.
Such machines do not need immense amounts of shielding and the like, especially not if they can actually kill you in no time flat, so to speak.
To ME, that is far more preferable than basically a huge doll with tonnes of armour.

Smaller and lightweight machines being extremely agile makes perfect sense. These should most certainly not be bullet sponges to a certain point. Nothing says they can’t wear body armor. But say you take something like this: 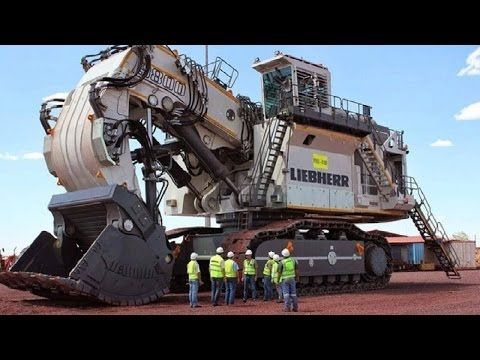 There is really nothing that is going to be agile about that. Even if a crazed person behind bullet proof glass is driving one at you, and you happen to shoot all the hydraulic lines on the arm, it will be very difficult to immobilize it. Even a non military device like this has fairly hefty metal on the tracks and base. Then one must decide on: Should you keep filling the tracks with ammo until they fall apart or will you try and hope ammo makes it to the engine in hopes of disabling it? And that is my point. If something like this is coming after you, it will take an immense amount of ammo to stop it from moving.

Well, that crane above is not quite what we have in game.
Ours have legs.

And even the tank can run FAST, so…

I bet, if they want, they can even JUMP.
I so want that: jumping tanks.