I just wanted to share a discovery I did today. I had assumed the runes on the stone at 1462,3442 on Södra Saltholmen were just gibberish, until I examined it closer and noticed that the runes actually spelled out words. 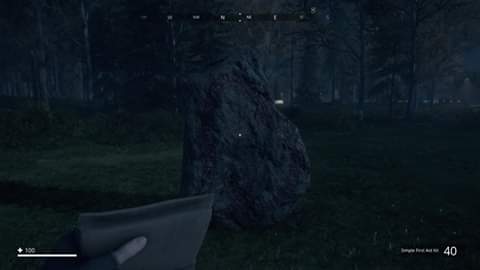 I thought it was a pretty nice detail.

Thats simply awesome. Hadn’t found this one yet.
Thanks for sharing

By the way: Not an easteregg but also cool I believe:
At the Northewest of Angeras Church you can find 2 old viking burial mounts.
I have not noticed that interacting was possible with them nor can you enter them.
But they are there as part of the landscape. So, thought that’s pretty cool also.

So maybe that’s the game’s story in a nutshell then - the scientists who invented those machines went rogue, and turned them loose on the population? After all, there’s no more Cold War threat, and that sweet, sweet government funding is likely to run dry…

So maybe that’s the game’s story in a nutshell then - the scientists who invented those machines went rogue, and turned them loose on the population? After all, there’s no more Cold War threat, and that sweet, sweet government funding is likely to run dry…

I think you might be on to something there.

But hey: What if the scientists didn’t turn them loose on the population on purpose?
Let’s speculate a bit on that “Government Funding” for arguments sake.

In the beginning of the game we are told that the bunker of “Skarven”
has recently fell into disuse.

Here is what also could be a nice plot: With the Cold War threat being gone
the government simply stopped their funding of ongoing military projects.
With no more government fundings, the bunkers aswell as the other war inventions
(like our robots) lak propper maintenance and start to get in a bad shape.
The lak of propper maintenance and safely stocking of the robots caused some problem
making the robots go amok.

Would be plausible. Gov. Funds where comming in just great with the Cold War threat
but stopped now the Cold War is over, due to the Berlin Wall falling in 1989.

So, no bad scientists but merely insufficiunt funds for maintenancing the horrible war machines they invented.

I know: The “Wrath” of the Smith … Implements something more obscure but
it would be quite horrible if the nice sweedisch scientists just let these killers loose on their own population. That doens’t seem a reason for me to get Government Fundings back up running. It more sounds like a reason to terminate the programm for sure.

Trough the game we can find a lot of crashed Fighter Jets. So this indicates somehow IMO
that something “went terribly wrong” implimenting an accident that needed quick response. Robots turning rogue in lack of sufficiant gov. funds to propperly maintain them could be a good reason.

PS: My theory is more for arguments sake and to speculate a bit on what could have happend. To me it is CLEAR that the robots have been shipped to specific locations.
We can find empty red containers throughout the game that have been placed their on purpose. These containers didn’t just walk up there by themselves. So I actually do believe that these robots where deployed into the battlefield by someone for some obscure reason.
So my “lak of propper maintenance” theory is more a whish than a reality.
The reality in this story seems to be darker. They where deployed on purpose somehow.

So I repeat: I believe you could be really onto something there.
Your idea sounds VERY plausible for me.
Kind of reminds me of Rambo. He was also a true trained “Killing Machine”
but after the Vietnam war there was no real use for his skills anymore.
He also goes “rogue” (if we can call it that) because he feels unappriciated
for his work in some way.
Anyway, good thinking Edhor.

I like that idea of something that went terribly wrong in the military - either due to lack of funding or some disgruntled scientists who don’t get to see their worked fulfilled or appreciated. This is some nice line of thinking and makes the game more immersive as well.

The game’s premise is stunning anyway, and I always wanted something like that - a coop game and some unusual military hardware that is not your typical armored vehicle, or an generalized enemy army, or - the umpteenth zombie apocalypse. Gen Zero is really a welcome approach to shooters, with a refreshing underlying story line to discover.

The easy way out would be that these bots were created in response to all the preparedness that became the norm after Russia pulled their crap during the war. Somehow the bots got out of control and now turned against the people.

Another could be that it is Russia who sent these bots into the country. They ran across Finland and are taking over the north one country at a time.

3rd could be technomancy like the Wolfenstein and Hellboy universe. Arcane occult rituals bringing life and malevolence to non living machines.

Cooler still would be a Terminator situation ala skynet. This has happened all over the world.

Finally the best. As with anything ever. ALIENS!. Yep throw in Crazed E.T.s who are after our precious resources like water, air, and mayonnaise. All the natural resources needed for life.

The robots have no Cyrillic writing on them so I bet they are sweedish in origin.

Technomancy: Good one: Is totally in line with some of my posts somewhere else on this forum.
There are Viking Burrial mounts in the Game and someone also found an old Viking prohacy as an easteregg. So yes, Ancient Viking relics that have a technomancy influence on the robots making them go amok is plausible. Fancy, but in games quite plausible.

The alien idea is great alswell. We all know that Mayonaise is the most valluable resource in the entire galaxy right

So to me it’s only logical that hords of aliens will try to come and fetch it out of our hands. Just saying: I like the idea that they are after valuable resources on our planet like water f.e.

Nice thoughts. Thanks for sharing Zambrick.

I know that this is a rather old thread, but I could really use a bit of help. I’ve tried to go to the coordinates that was listed in the first posting, but I end up next to a crashed Viggen fighter jet. Moving out from there in circles I find a lot of rocks but no runes. Where should I look, please?

There’s another rock like this in Salthamn, near the center of town close to the water’s edge.

What a great find & thank you for sharing it with the community. I liked it so much I even shared it on Twitter at the link below…Again great share.
SPP 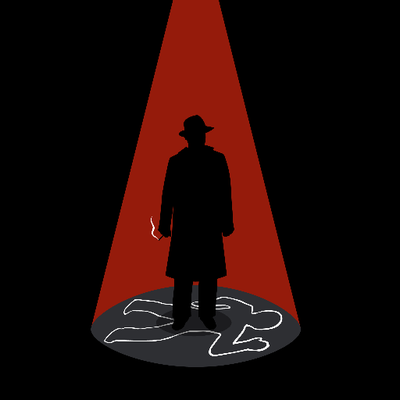 I managed to find both thanks to @Zesiir and a bit of persistence.

I apologize for performing a necromantic ritual upon this thread, but I just had to reply that this is incredibly cool! And it substantially strengthens my immersion since it’s my headcanon that my character is a descendant of the Norse gods and that there’s a prophecy within her family also about the machines. It’s neat that all of that was part of my headcanon even before I knew about this runestone!

I bring up the Viking subject because a long time I had discovered a kind of old camp probably Viking.
If I remember it well there was a viking helmet and other things ( I don’t remember too much )
Today it is impossible for me to find this place.
Has anyone seen this place before ?
( I use Google translation… sorry )

a long time I had discovered a kind of old camp probably Viking.
If I remember it well there was a viking helmet and other things

With that little, it’s next to impossible to locate it. Unless someone comes along who vividly remembers that specific loc.

To narrow down the search area, do you recall what region was it in? Also, any closest location names? Or perhaps missions that took place at/near of it?

Unfortunately I have very little information, it’s been a long time and I didn’t think to write down the coordinates.
I know it was in the forest.
I’m currently looking for this place, I’m going through the map from one side to the other.

I know it was in the forest.

Forest region or in wooded area? In any event, Forest region is mainly wooded and there are a lot of woods in the game, especially in Forest and Mountains regions. It could’ve been even in small patch of forest, which are located all over the map.

It was a wooded area but for the snow I can’t remember.
It’s not on Himfjäll because I’ve had the DLC for 1 week.
I had found this place there were no apocalypse robots yet.

I had found this place there were no apocalypse robots yet.

As in, there were no apo machines in the game at all (pre-November '19 update)? Or the part where you found it, was close enough to the starting area, so you didn’t met any apo machines yet?

There were no apo robots in the game… It’s been a long time, that’s why my memories are very vague

There were no apo robots in the game…

That puts it way back in time.

While i’ve played GZ since launch, i can’t recall seeing viking helmet in the game back then.

If given that you saw it in the early parts of the game, there could be an issue. Since as of today, Archipelago, South Coast and Farmlands regions have gotten an overhaul and it could be a possibility that this old POI was either changed or completely removed.
If it is located in Forest, Mountains, Marshlands or North Coast region, then it’s still in the game.