Are my eyes dirty?

Please get rid of whatever filter you have over the normal vision that looks grungy with a bunch of tiny lens flares. I am not wearing ANY eye wear at all and I get this effect on PS4. Its more noticeable at certain times than others, but there is no reason for it. Its not associated with being hit or dirt being splashed up into my vision. It’s just a filter that is there all the time, like I’m wearing dirty glasses. It really takes away from the beauty of the game. I wonder if this is PS4 specific.

Do you have any screenshots of this? It does sounds almost like an item is stuck on your character, such as the gas mask where it sort of blurs your vision and has some spots on the screen.

I’ll try to get a screenshot later although it wont be as visible in a still shot. It’s not nearly as intense of an effect as the gas mask . It’s fairly subtle but annoying. It seems most noticeable when there is a bright light or fire nearby. EDIT: I’m too dumb to figure out how to get a screenshot from my playstation to my computer, but this is very easy to see if it is dark and you pan your view back and forth across a fire. It looks like a smudged up lens with a bunch of small Bokeh effects. (little hexagonal highlights)

This is still an issue in 1.07. PS4. When very close to a bright light source nearby like lights or fire, it looks like I’m looking through a dirty/grungy lens even WITHOUT glasses or gas mask. Pretty sure it’s effecting the general non-sharp appearance of the game at other times too. Many times it looks like I’m looking through fog, especially in a bunker. Color corrected monitor in use and a graphic artist, so my opinion should at least be considered. PLEASE make the graphics effects able to toggle.

On top of that I would add option to disable chromatic aberration.

If you go to Photo mode there is Lens Dirt option under Effects. If you increase that does that look like what you’re describing? Something like this

That is exactly what is on the screen all the time.

It’s definitely a bug then

It looks just like that, but only really visible plainly when near a strong light source. I think they just have to many graphics filters turned on and it likely effects frames. These should be user selected per preference. Thanks for the post and video!

i only notice it with the flashlight on

I’m bumping this because it has been almost a year with no official response as to whether this is intended, is it a bug, or if it will be considered for a fix, as well as to post some screenshots and video of my own. 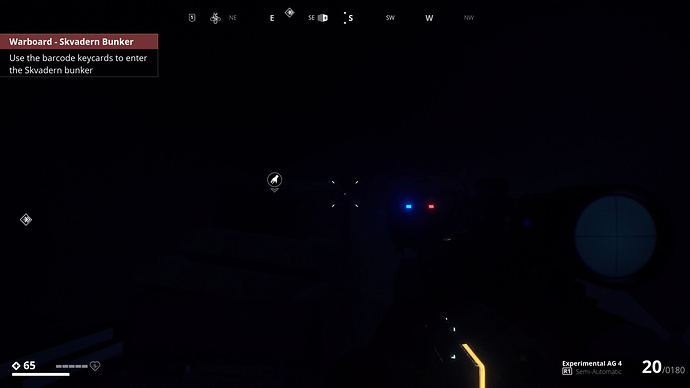 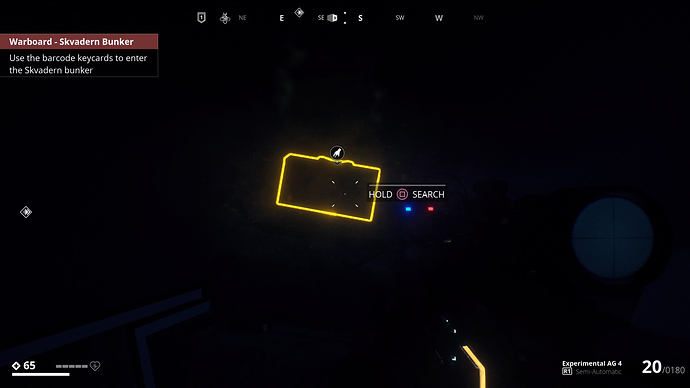 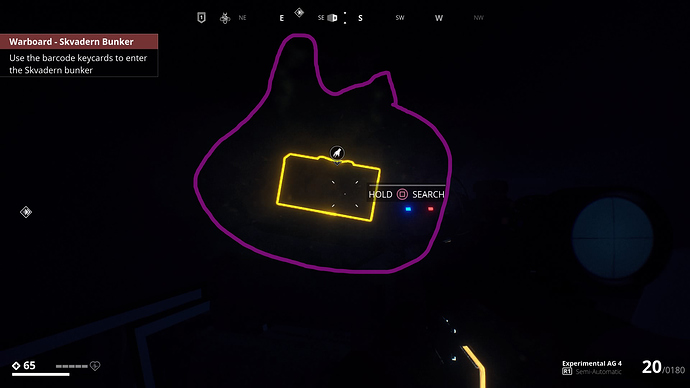 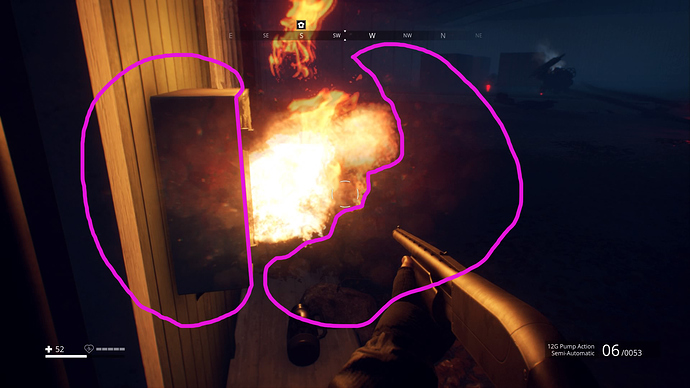 There are NOT the worst examples of the noise, grunge, lens flares, whatever you want to call it, but these are the ones that I captured.
This is AWESOME IF I WERE WEARING EYEWEAR! But I’m NOT. All it is now is a distraction from the AMAZING effects that you worked hard to create. PLEASE fix this or at least make it a toggle feature. Thanks
If anyone agrees, please keep this active, so the devs know the community wants it fixed.

I don’t think that we will ever be able to disable this “feature”, because when I asked about this on one of the live streams I got an answer, that this was done on purpose.

What is the purpose of that? I have no idea.

Chromatic aberrations got a toggle On/Off option, so why not this?

It’s likely an artistic/stylistic choice or something related to their engine / lighting overall. If they wanted to change it, they’d probably have to go in and do some major changes to the engine which likely are beyond the budget and technical constraints their studio has available or are willing to spend on something relatively minor. Did you have any other screenshots that show a worse example of it? Because this really seems like a minor stylistic complaint that doesn’t really interfere with game play.

They are probably currently working on the lighting / overexposure issues in the south coast region which make missions like “Spiking the Guns” all but impossible to complete unless you have a specific scope on your weapon. 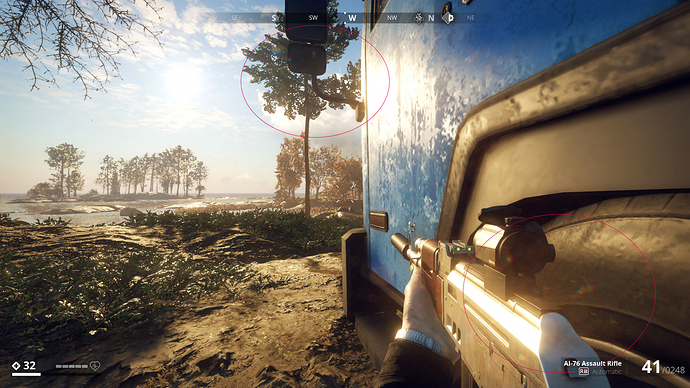 As marked in the image, there’s a layer of dirt/dust on top of the rendered image, and it interacts with light sources, like a kind of permanent lens flare. It obviously was integrated as an artistic choice, but it can be overwhelming in dark rooms when it ‘reacts’ to the yellow highlights on lootable items. And, as a graphic designer, I’m very much bothered by its low-res nature, as the ‘dirt’ is very pixelated/blocky. It would probably be less intrusive if it were less blotchy.
I guess it would be fine if it was an effect associated with gun sights, gas masks or glasses, and, depending on the situation, window panes. 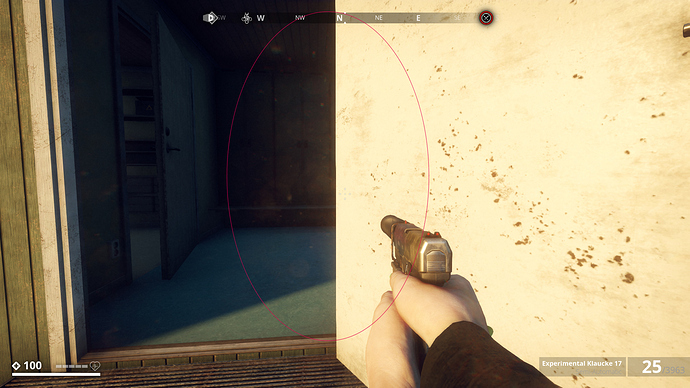 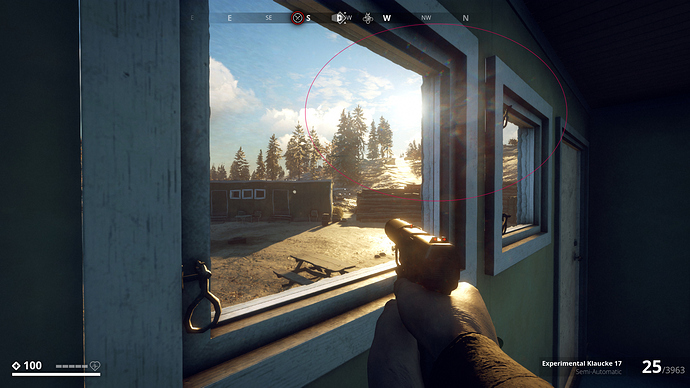 It’s just a texture overlay. There are mods that replace it with a blank one and the “problem” is gone.

I agree. Lot of games has options to disable these filters, aberrations, blurs etc.

Thanks everybody for the added screenshots. These guys have created a beautiful game, but this is just a distraction to the great world they created. I really like this kind of thing if I were wearing glasses or gasmask, but even my old eyes don’t see this bad. Unfortunately, I’m on PS4, so I can’t use a mod.

I’m sure the same layer is used on the binocs - just took them out to look at stuff in the southern region. Good lord. 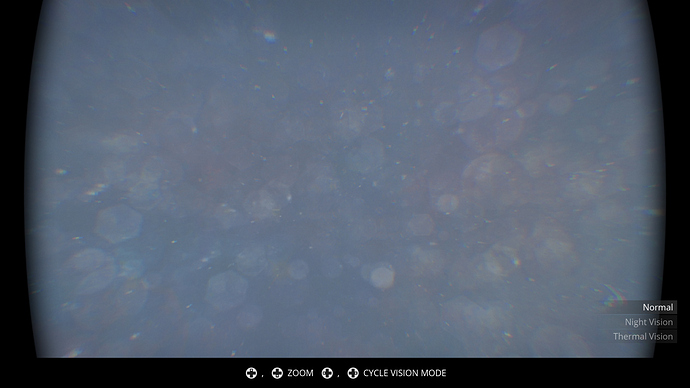 That’s against a clear night sky, no clouds, no nothing. Same scratches/spots as in my previous screens, btw.

Interesting, never noticed it with the binocs. I can live with that though, I mean lenses do get dirty. My eyes, however, do not.