We made it! Staffan was right! The “bear” WAS a statue that stood outside the front of a hotel he used to visit on skiing holidays as a child. Wait! Do you hear that faint sound? Is that…voices? 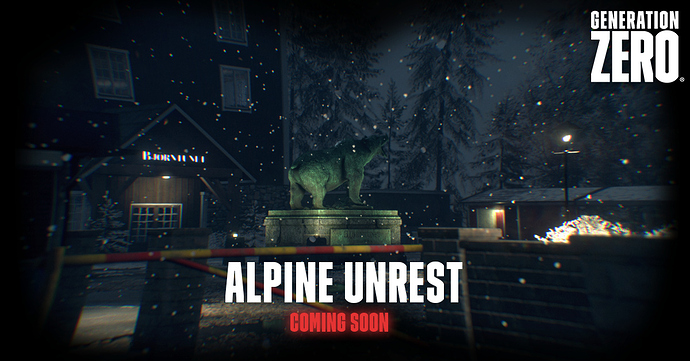 Looking forward to - many thanks. Btw. can we enter the hotel?

Can’t wait! Loving this game right now, and it looks like it’s only going to get better

Too damn exciting, alpine unrest is a rad name for a dlc

now the real question here, will this be free or paid dlc? i’m sure we’ll figure out in the coming days

This is awesome! Is he hinting at NPCs? I can’t wait to find out.

Nah, you have to lure them out by making sounds like a Tank…

The plot thickens! I think we are in for some exciting times! 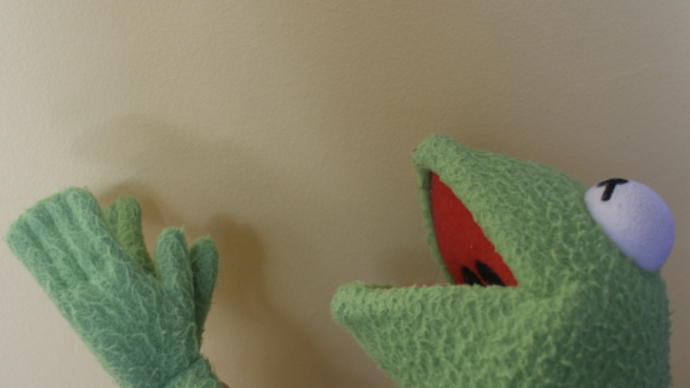 I really hope voices is about robots or missions / radios, and not NPCs. NPCs would be a quick way to kill the atmosphere.

I’m still intrigued where this update is going…

I don’t think they can afford to charge for paid content DLC’s… Not with the current state the game. Don’t get me wrong though, the game is great fun and I love playing it, but it is clearly still kinda bare bone, having such a major content drop locked behind a paywall will only tarnished their reputation even further, the game is not complete enough to warrant having such a huge chunk of map and general content locked away from people who already paid 30 bucks for the game.

sorry if I sound a bit negative btw, my goal is NOT to spread negativity, I just don’t think charging for a paid DLC is the right way to go, at least not right now, the game still needs LOADS of more content before even considering charging for new content, at least imo

NPC’s ? Yesss , i am hoping for traders of sorts … Paid DLC unpaid DLC im buying done deal . Even with the bugs this game is unique and the most fun out of titles out this year and the team deserve the applause and appreciation of this great forum community , we can be rough now here’s the smooth

I think you are right - I think I’d be surprised if they did. I think the whole map was meant to be used from the start, and they released the game as it was to get income flowing in, being a small team. They are still all working flat-out on it. So it is still a work in progress. We’ll soon see…

I don’t think they can afford to charge for paid content DLC’s… Not with the current state the game.

I think that depends on the experience you’ve had with the game so far, and what your expectations are. I’ve only played single player and except for a few mission hick-ups (e.g. Path to the Gods), statics mess-ups, and achievements not registering, I’ve encountered no problems that took the joy of gaming away (except for some recent additions, but enough said already). So I think I got tons of value for my money and would be happy to pay for the next addition. However, I fully sympathize with players here that have struggled with blocking missions, lost inventory and progress, black screen, game crashes and so on. There has been plenty of reports here witnessing that.

So if Avalanche decides to expand the game for free, I’ll freewheel along and probably by a few skin packets out of sheer gratitude (I don’t care about skins and would happily run around naked in Östertörn, as absolutely no one would notice). But I see your point and it’ll be interesting to see what happens. Those guys have to make a living too.

I’d be surprised too if they did, I just don’t want the game to end like Call of the Wild, it’s a great game but geezus is it expansive to keep up with.

again, my goal is not to be ultra negative, I’m generally very positive on other forums, these are just my concerns ^^

they could do like Hunt Showdown did with their “DLC’s” character packs that are only cosmetics but they are VERY fancy, like, they have their own voiceline, they feel unique and people buy these like hotcakes haha

I totally get where you’re coming from retro, the games state might not be up to people’s expectations and this might not be the most opportune moment to have paid dlc, but also i agree with @TherotcoD strongly here too, in the end if it is paid DLC i won’t complain and i’ll be happy to pay, whether or not it goes towards the team getting a well deserved christmas bonus this year or if it goes straight into more developmental assets in the end i wouldn’t view paid DLC as a “bad thing” if you get what i mean. Though i don’t think you’re being negative either at all, just pragmatic

Hence why i said my question was the real question here though!

yeah of course haha, like I said, I love the game, to death even, I just don’t want it to end like Payday 2 or Call of the wild where it end in DLC hell, I’m MORE than happy to pay for DLC’s, especially when they are expansion scale, but keep them at a “minimum” make them special so we feel good when we buy them haha

Yeah if they keep paid DLC as something special (like paid dlc used to be) that would be the healthiest decision overall for keeping the community happy with paid dlc. i wouldn’t want to be nickle and dimed for a set of guns for example