Obviously, there are a few guns that didn’t get the 6* treatment. Pontus joked that he would like the .44 Magnum experimental and name it after him which would be pretty sweet. I’d personally like the Semi Auto shotgun experimental with twin barrel and takes 5 slugs a chamber. Anyone else had any ideas at all?

I have one, this games lacks a "middle ground " sniper rifle, so the solution could be the experimental Älgstundsare Hunting rifle, with a semi automatic capability, 10 clip magazine and improved bullet penetration.
I also like your experimental Semi Auto shotgun idea.

I want a .44 magnus experimental with a belt-fed system!

It would still be single-shot of course, just no more reloads.

Regarding the “middle road” of sniping, there should be a psg-90 in-game.
It uses 7.62mm military ammo in real-world and packs more punch than the civilian rifles.
Its only downside being that its bolt action, so reload time is not as fast as the in-game .50cal.

A good idea ! I had that thought myself or let’s say similar. I thought more about a magazine extension for the Älgstudsare, ranging from +1 to +5 rounds depending on *-quality.

For more pen I’d prefer a new different gun, or maybe a conversion kit for the AG4 to get a PSG1 sniper rifle in 7.62x51 mm. Or maybe an AWP like hunting/ sniper rifle in .338 Lapua Magnum

Fires EMP tipped .44 rounds with the last round having a 50% chance to EMP the enemy.

I would prefer the PSG 90, but it would be easier for them to implement the one i said (less work for them, most of the “weapon” already exists).

Thing is though mate, I discussed this last night with the boys Gnome hunting. We reckon they have toned down the hunting rifle drops as it’s all about the experimentals since the DLC.

Don’t think I’ve met anyone using it unless they had to - if they did…it’s would have to be with something nuts like laser target sight with explosive rounds.

to my knowledge, the PSG1 has never seen service in the swedish armed forces, but there are attachments to make the AK4 into a “semi-sniper” that is used in the army today.

But those attachments are primarily a scope, witch you can fit to a AG4 in-game.

So even tho your suggested AG4>PSG1 upgrade would be the least amount of work for the developers, it doesnt sit well with the authenticity of the game lore since all other in-game weapons were used in sweden during the late 80’s (albeit under different names

A experimental “älgstudsare” hunting rifle would of course fill the apparent gap in the list of sniper rifles, but it feels like a forced fit, i doubt that the military would invest time in upgrading civilian weapons into a experimental weapon.

A 1-5* PSG-90 would fit the game lore much better and since we’re already equipped with a exp sniper, i doubt we will be seeing another one.
…Remember, all other experimental weapons are unique in their category; we have a single experimental shotgun, rocket launcher, assault rifle and so on.

As a final note, i do believe i’ve seen some vague hint in the 7.62 ammo information, suggesting that its not merely for assault rifles (and i think that a machine-gun is a assault rifle on steroids).

I would like to see a Exp .44 with long barrel and silencer filling the gap between silenced 12ga and semi-auto Sjöqvist. The bullets could inflict a small explosion damage as well.

I’m not really fit in which weapons exactly were used in the swedish forces back then.
As a german I served in the Bundeswehr and as the AG4 origin is also german (G3) it was only a small step thinking of the PSG1 as a possible upgrade. At least it would fit into the timeline, I guess.

But maybe some other (hunting/sniper) rifle will do better, just more punch than the .270 to be able to deal better with the more capable enemies and of course silenced, because that’s the most important reason for using the Älgstudsare. At least for me…

I’d be happy with an extended magazine for the shotgun. 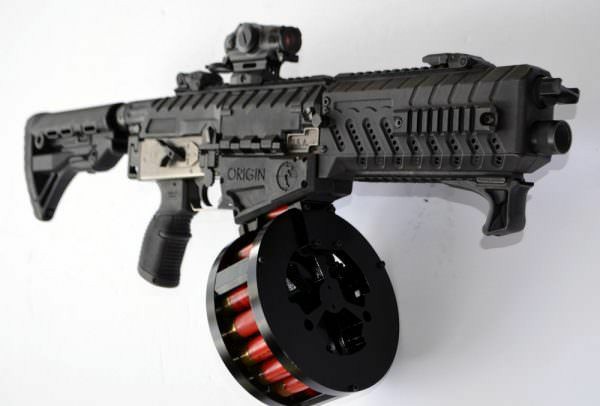 Oh my. Now that right there is a reason to keep Slug rounds.

Or an underslung gernade launcher for the AI-76

Either have it launch rockets or one could attach a gernade to the front & launch it that way. It’s a versatile firearm. 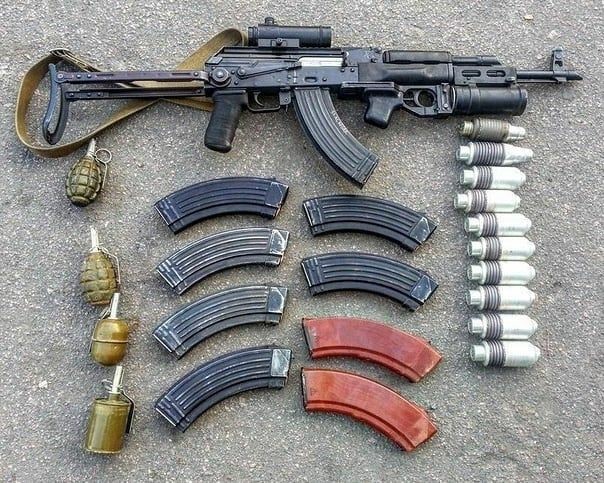 If they ever went down the AI-76 route…I’d be one happy customer.

If they ever went down the AI-76 route…I’d be one happy customer.

I agree, they don’t even have to make it experimental

I think the AI-76 is already experimental since it got capability to shoot 7.62 NATO ammo

I’ll need educating on this mate, are you telling me they have designed a gun with ammo that is not meant to be used?

are you telling me they have designed a gun with ammo that is not meant to be used?

That’s not all, devs also made two types of the same exact ammo: 9mm. Klaucke 17, Kpist and HP5 all use the same 9mm rounds.
Decision to separate pistol and SMG ammo was due to the reason of SMGs being a huge bullet eaters and if all three would use same ammo, you could easily spend all your 9mm with SMG and left with nothing for your pistol. Hence the ammo separation.