I think having a weapon that can be acquired to use as melee would be great. Maybe a leg of an enemy? This would be pretty helpful and fun for timing a swing attack at ticks that lunge at you (Baseball, anyone?). Also, I think having an all melee online group could be fun for taking down robots. It could add an extra layer of challenge. Maybe there’s even more loot rewarded for using melee to take a robot down since certain components aren’t entirely destroyed via gun type weapons or explosives.

What do you think?

While I agree that ticks could be disposed of with a strong melee attack, I disagree with your assumption that melee weapons would be effective at taking down anything bigger. These are heavy duty robots with armour that can withstand high caliber rifle rounds. Attacking them with melee weapons would be both dangerous and futile for an ordinary person without super powers. Just my five kronor.

That makes sense and I agree. Maybe melee weapons could be electric based to power down robots briefly. This could be useful against larger enemies and help open it up to more effective gun/explosive based attacks when fighting in a group.

Some kind of “cattle prod” would be cool, like a spear that you can stun machines with

I dunno about that. A sledgehammer or pickaxe could do quite abit of damage to dogbot sized opponents and lower. Hitting weak points or components, cripppling legs or damaging robot weaponry, melee weapons would definitely open a lot of avenues.

Now I certainly don’t think melee weapons should be a primary weapon for fighting, but it’d definitely be nice to have them as a fallback. It was frustrating as heck getting started solo with the game. Low ammo and bots everywhere, a bat or hammer definitely would’ve made me feel a lot less anxious. But at the end of the day, I’m just a little bummed that there’s absolutely no form of melee attack at all. Even if they don’t add weapons, a kick could give you some breathing room and stagger some of the smaller opponents. I hope they consider adding something at least.

I agree but just for ticks, I like the idea of it being an enemy leg too. Found myself instinctively pressing R3 at ticks. I think going up against anything bigger than a tick should be suicide

I feel that whether they’re used for ticks or not, melee should seriously be added. At least bashing with a gun would be nice especially when you’re in a sticky situation with no or limited ammo. I know when I started it would have made it easier to have another option other than using all my much needed ammo.

I realise this is a very old thread, but it’s a relevant topic, and I agree as well. Ticks are a large enough part of the game to have a kind of counter-attack against them. The same way as you have to take on other Machines with some strategy, it makes sense. Shooting Ticks is surprisingly difficult, but managing a quick melee strike when they jump at you could be really useful.

Also just a general punch or weapon hit would be nice

Or maybe even a dodge capability to evade the bots when they lunge at you.

Yeah a dodge would be nice

Yes, melee weapons, a great idea!
I suggest a big solid sledgehammer to dismember runners. And a swift light long iron stick to bring down seekers, or a hook halberd. A short club or a machete to fight ticks. A chainsaw to cut hunters into pieces and to get more good lot. And finally a flame-thrower to melt tanks and harvesters (not really a melee but still a short range weapon). I don’t think knives nor swords would suited, they will quickly get blunt.

I think that would add another fun item to use in the game! If you have any pictures of the melee weapons you mentioned in the post that wouldn’t hurt to add!

Have a look at Mount&Blade Warband for melee and at Fallout4 for chainsaw and flame-thrower.

I’m not sure if this qualifies as a melee weapon but some kind of move to fend off the Ticks’ jump attack would be golden. Even if it’s just waving your arm at it.

A sword staff a spear 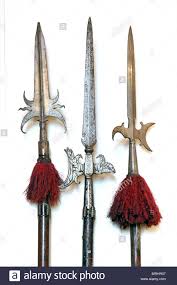 A handcannon new weopan you can find in muesem or somewhere 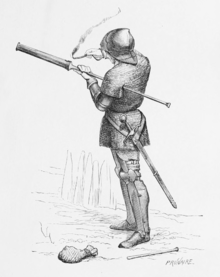 And another melee weapon horsemans 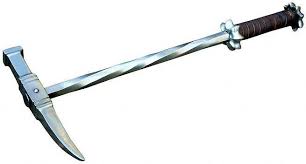 If the game ever reaches Stockholms Museum of History, perhaps a spear or a hillebard would make sense. Not so much now, though. Unless one unearths an old viking axe from one of the numerous burial mounds we come across.