IMHO the Swedish movie “The Unthinkable” (“Den blomstertid nu kommer”) is not entirely unlike GZ, especially not if you disregard all the robots. Could very well be the prequel to the moment our protagonist returns to Ostertorn. As most Scandinavian movies it is worth watching.

And now a word from our sponsors: it’s on Netflix.

Great. This is a must see for GZ fans. Here is the trailer with english subs.

And here without subs

I have that one on DVD.
The ending is a bit weird and doesn’t fit in that great IMHO.
But overall it is a good film (it would have been better of as an series).
I give it a

(If I remember correctly, I had an suggesion in another topic about Easter Eggs suggetions that a film poster to the film should be in the game

In one of the trailers I saw, there was a may pole, like the one in Hagaboda. 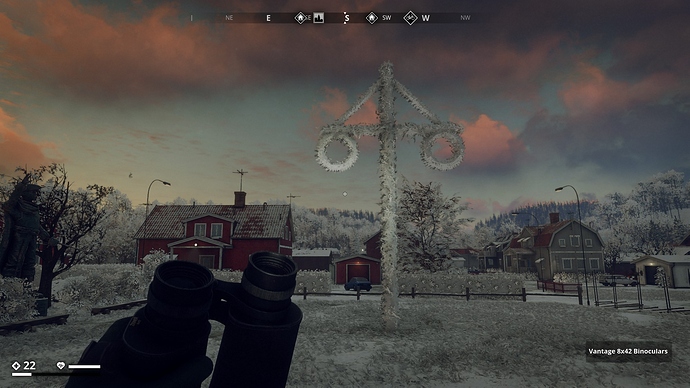 But a poster somewhere is nice too.

Cool that you already knew about the movie, @C_N66. I did a search but nothing popped up, therefore this thread

I agree about the ending and I even considered to recommend skipping the last 5 minutes with the credits. However, the scenery and setting is very much GZ, and for someone not familiar with Swedish culture and nature, the movie is a good start.

I like your idea about a movie poster in-game if copyrights would allow that.

Absolutely loved the scene with the May-pole as well. Nice detail.

I know nothing about the May-pole tradition in Sweden. For instance, the May-pole is most likely erected in May, but in the game it’s still there in December. Is this normal that the poles are left standing for so long?

I don’t even know what the exact date it is in the game, but I know it’s at least 14 december 1989. Because I found a ‘Daily tear-off calendar’ with the date 14, with almost no pages left. 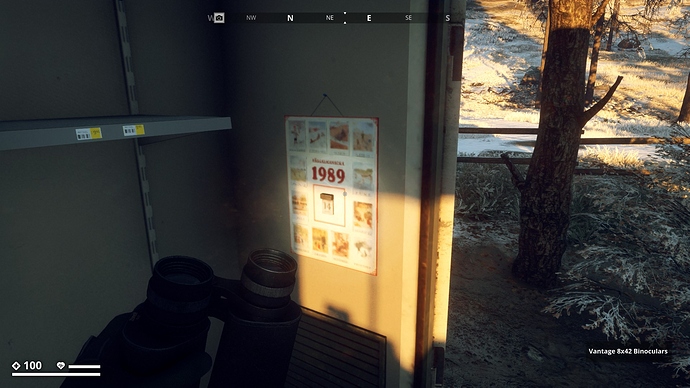 I know nothing about the May-pole tradition in Sweden.

I think it is erected as a spring/summer celebration between Pentecost/Whitsun and midsummer. Then the Swedes dance around it. I’ve always wanted to see that

Anyway, I Danish and rather ignorant in these matters. Perhaps we could ask a native to elaborate? I would love to know. Midsummer is the period of time in the middle of the summer. The exact dates vary among different cultures. The celebration predates Christianity, and existed under different names and traditions around the world. The undivided Christian Church designated June 24 as the feast day of the early Christian martyr St John the Baptist, and the observance of St John's Day begins the evening before, known as St John's Eve. These are commemorated by many Christian denominations, such as the Roman Catholi...

Well, I don’t know how I should explain it. There are many different explainations, but the best one I heard/read is that;
the rings represent the sun and the moon, the pole that those hang on is Midgård (Earth). The long pole that goes down represent the World Mill that you dance around to as a clock.
The ribbons represent Bifrost (rainbow bridge) that Odin and the other gods travel the day to have an meeting in Helheim (the dead’s realm where Loki’s daughter Hel rule (I think it was Helheim)).

In modern times it is also celebrated when the Sun stand as highest and longer light up here.
In December it is the opposite, during Yule it is the darkest. Also Frej and Freja (fertility gods are celebrated)

Note; I am writing this from my phone, sorry for the mess.

Cool! I kind of suspected that the ritual dated back to before Christianity, but thanks for enlighten us regarding the Norse mythology. I definitely want to visit Sweden during this celebration

There are many different explainations

but in the game it’s still there in December. Is this normal that the poles are left standing for so long?

Any idea about this question?

Some are up in September. (Simple explaination; laziness, wait till all the leaves wither

In the game’s case: The March of the Machines

There are also an horror film named Midsummer based on the tradition (I have not seen it yet, but I know that the filming location is not Sweden).

And then there is the Swedish horror game by Angry Demon Studio ”Unforgiving: A Northen Hymn” based on the folklores in Sweden.

@Gysbert @IanForce
Why didn’t I remember this one earlier?

An extremely exaggerated Swedish midsummer.
By IKEA in Germany
Enjoy

Not exactly what I had expected, but I know a good party when I see one! Heja Sverige

Just to top things of 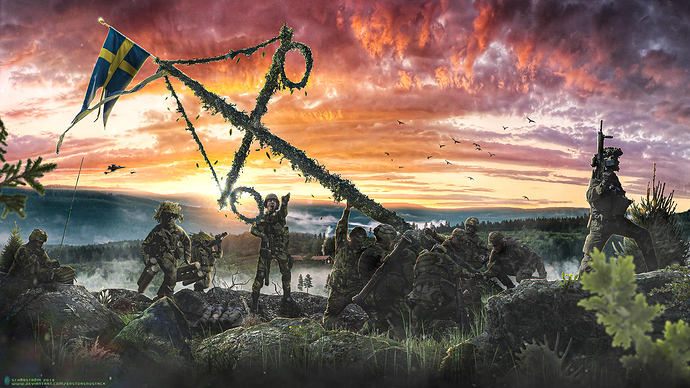 That picture fits really good into GZ “The Resistance strikes back.”