The 50 cal already has a recoil.
The problem is only the Kotenok, being very unreliable, it does not make justice to the real counterpart.

I’m actually pretty sure the Kotenok has the worst recoil, or “muzzle rise”, of all weapons in the game.
It’s useable with iron sights, but with a scope I wouldn’t use the Kotenok unless I had nothing else available. I say this sadly, since I had high hopes for this weapon. Using the AG4 on semi-auto is a better choice no matter how you look at it.

The Kontenok definitely needs a rebalancing. It needs to be slightly more powerful pr. shot than the AG4, and the muzzle rise needs to be toned down a whole lot.

I’m also curious to see what Kotenok vs. S21 will look like, and how they will be balanced against each other. I bet their properties will be very even, and choosing one over the other will be more of a visual preference.

Anyhow, both the Kotenok and the upcoming S21 needs to be rifles suited for those players who like using semi-auto DMR’s, but are willing to sacrifice magazine size for increased damage pr. shot. But IMO, it’s useless if the recoil/muzzle rise is going to be this bad.

So pretty please, make the new rifles a clear pick over the semi-auto AG4.

Quick question from an Xbox player re: the ̶S̶V̶D̶ ̶D̶r̶a̶g̶u̶n̶o̶v̶ Kotenok. Does it have the “classic” scope overlay usually associated with it? 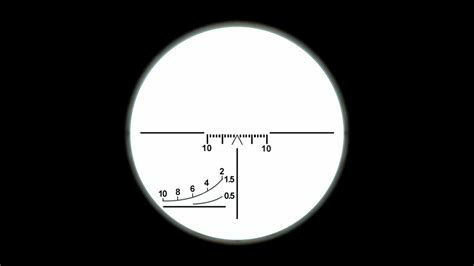 No, it uses iron sights usually associated with and scopes are all in-game “rifle” type.
Talking about rebalance - I support that it’s kick is way too high, especially for semi-auto rifle. G3 and machine guns have better control over follow up shots. Yes it’s accurate (my shots are consistently miss the same way) , but I don’t quite get it’s zero and accuracy regeneration ain’t consistent with animation (sight’s crosshair is realigned, but for bullet to travel there, you have to hold off a bit more before next shot.)

Thanks. I assumed as much but wasn’t sure if they’d give the standard rifle scope a different overlay for it.

but are willing to sacrifice magazine size for increased damage pr. shot.

That was the case in the early days and it was a nice one. But as of now, this trade-off has gone through the window.

1st weapon pair where that trade-off was removed was HP5 and Kpist.

When game launched, Kpist had the lower dmg per bullet than HP5 but less recoil, higher RoF and bigger mag. Making HP5 better SMG when it comes to the dmg per bullet, if you can handle it’s recoil (which it’s semi-auto fire mode helped).

Why devs switched things around at some point and didn’t say a word about it - that i don’t know. I guess Swedish make Kpist was favored over German made HP5.

As far as SVD and upcoming S21 goes, it seems that devs are comparing them to the .243 and .270, rather than AI-76 and AG4. SVD, compared to .243 and .270, does have the trade-off of having bigger mag with higher RoF and lower damage per bullet. But comparing SVD to AG4, well, there is no comparison.

So pretty please, make the new rifles a clear pick over the semi-auto AG4.

I dissagree. The kotenok should be made more powerful, with the same magazine size. The AG4 has the advantage of being fully automatic, so its not unfair to make the kotenok more powerful.

the difference irl is

7.62x54r (block rifle round) 830m/s for first gen 815m/s for current gen for the Kotenok (Svd) there are conversions of it that use 7.62x51 nato that have 800m/s. this is a DMR not a sniper rifle and its not an High standard DMR ither as it has light barrel and still use and stock that is not that good for pushing the recoil in tho the sholder as it has an angeld stock. angeld stocks are good for fast to the sholder first round shooting but not so for high acc fire and folow up shoots its ruffly an AK. BTW it kicks like a mule.

the AG4 (AK4 H&k G3a3) uses 7.62x51 nato and the ones used in sweden are around 815m/s its not an AK its a battle-Rifle whit an stock that is made for folow up shoots and steddy shooting you probably need to have long arms to get an proper shooting pos whit it but 181-183 and your there. under 170 and your in trubbel whit this gun the recoil is longer not as sharp as other battle-rifles gess this is why H&K are priced all around the world for ther guns.

in short your compering an lada to an Mercedes

in short your compering an lada

In general, they just need some more powerful calibers. There needs to be a happy medium between the .50 cal and 7.62. This would solve a lot of these problems.

For the moment the Kotenok is useless.
It cannot even destroy a runner fuel cell with a bullet(which the Mausser and the Algstudsare do).
And it requires multiple clips to destroy a Hunter.
Maybe it´s useful against Ticks

i still have not tried that, usually i use a pistol to deal with them.

There needs to be a happy medium between the .50 cal and 7.62. This would solve a lot of these problems.

But is there a round that fits snuggly between the 7.62mm and .50 cal?

But is there a round that fits snuggly between the 7.62mm and .50 cal?

Yes! Tons of them!

So, the devs need to give us a bear/moose rifle soon.

In general, the basic guns in the game are weird. Both the AG4 and PVG should have MUCH more recoil and a higher damage output.

People keep asking for weapons but keep forgetting to think about what that would actually bring to the game, and how it would function in practicality.
For future paid DLC packs because I know that those are going to be how the devs make money now, I hope they bring weapons that will actually bring something unique or something to fix the meta, instead of what people demand for, which in most cases either wouldn’t be found in Sweden at all or doesn’t fit the gameplay style/story

I only ask for weapons that would fit a currently unoccupied niche.
One such niche is the huge gap between the .270 and the .50 BMG.
Personally, I would fill this gap with either a hunting rifle in .375 H&H Magnum, which is commonly found in Sweden, or with a military/police grade tactical sniper rifle in caliber .300 Win. Mag.

This would give the widest selection of weapons to choose from though. (And it’s the only one i recognized as well.

Personally, I would fill this gap with either a hunting rifle in .375 H&H Magnum, which is commonly found in Sweden, or with a military/police grade tactical sniper rifle in caliber .300 Win. Mag.

I wrote it a few times - Accuracy International Arctic Warfare (in sweddish - psg90). Well, first AI AW’s were 7.62 and AI’s brochure mentioned .243 Win, but also “any other caliber on special request, that rifle’s bolt action can fit”. Rifle itself was around 1988 and officially adopted post-'90. So, basically it was in it’s “military trial” stage or working prototype at the time of Cataclysm.
Sadly, .300 and .338 LM variants were adopted mid-90s.