Letter from the Team - July 16th 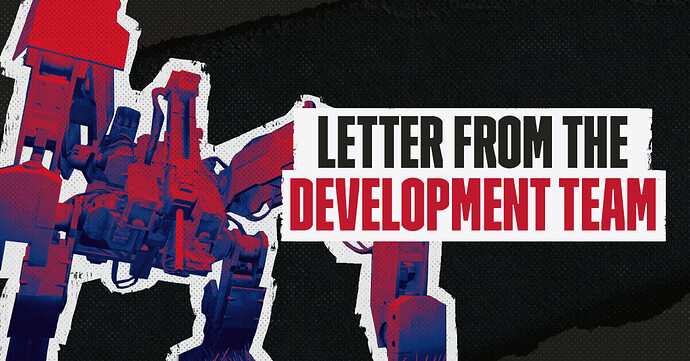 This week we have more to share on future updates to Generation Zero! But first, a quick word on how the Resistance Update is coming along for Xbox players who have been quite patient.

Currently, we are still sorting out bugs as they come in which has unfortunately pushed us away from our previous estimate of July, and a precise timing on the release is not yet clear. We do have a next target window for August or early September for the time being. We will continue to update everyone as we know more.

As for future updates, and other features to expect - we have something else to share that’s been another long-time community request. Some of you picked up on hints of this from our last Dev Letter - when you eluded to “strange numbering with equipped items.” 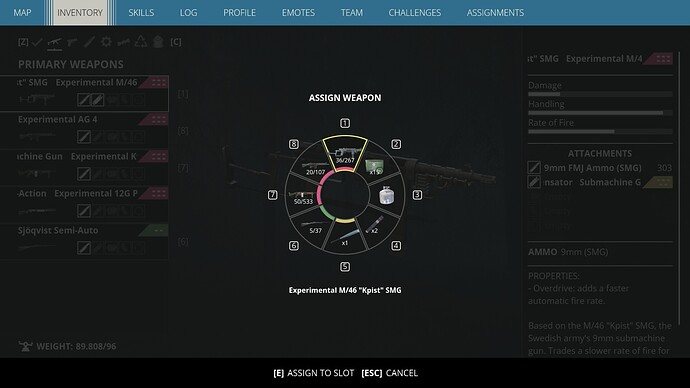 That’s right, the weapon wheel is finally making it in! This should allow for more versatile loadouts to bring to any fire fight, mixing and matching your best fit weapons and items to get the upper hand. Without the restriction of only 3 weapons! We’re quite curious to see what you all experiment with, especially considering the latest craftable consumables and new ammo types. 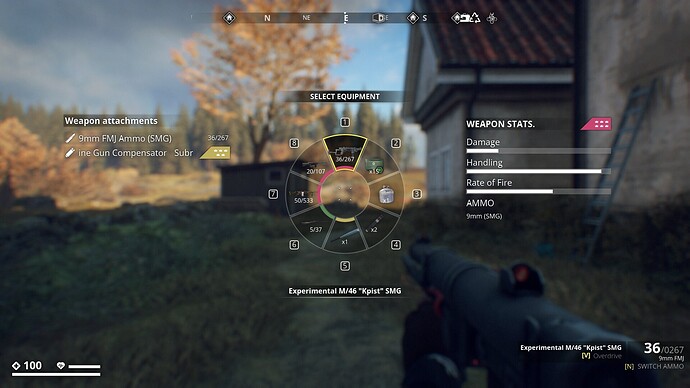 This is another feature we’re targeting to hit the game in a follow-on update after we reach parity with all platforms. Be on the lookout for more info after the summer break.

Have a great weekend everyone!

I just hope this system is fine tuned, because I’ve had so many deaths caused by weapon switch lag.
Also, I feel like this is another one of those features that people wanted, yet didn’t really think about how much that would change the game, like seriously FOUR weapons AND a secondary, even the Reaper can’t handle that level of brokenness.
But on the other end, this fits the new “Modern” inventory better then the old system because the old system was more fitting for that time period in the games history.

Since there are 8 slots, does that mean that all of them can contain guns? I mean the idea of a weapon/item wheel to replace the current bar is cool and all. but if we can have 3 plus weapons on the person that is gonna change everything and make the player extremely powerful. Wich kinda takes strategy and planing right out the window.

Sad news for the X-box players. Nevertheless thanks for the great work. I love the game with or without the weapon wheel. I never changed weapons in mid fight, I did that in a save place where I could take my time. Take care Major…

Another dev letter, another sneak-peak and looks like we are marching towards mainstream.

It’s nice that we get extra hotbar slot, making the maximum to 8 slots. Though, i have 1 question regarding weapon wheel:

Are all slots freely bindable

E.g can i choose how many weapons or consumables i can bind

Haha… Would that help?

i will blow a gasket!

This could be nice I hope

It might. Also, it’s a sneak-peak to what may come in the future, within forums, when it’s confirmed that devs are favoring essentially run’n’gun players over everyone else, especially those who need the 4 item slots for their gameplay.

I think they be smart enough, to leave at least 4 slots for items, like it is now. So they be probable freely bindable, and people can make up their own minds. Or they make a 9 slot predefined weapon wheel.

Looks and sounds to me the slots are totally free assignable. So you could assign 8 weapons or just miscellaneous stuff. Or 8 brännball bats

This is way better then the actual chimera of a system. I really hope it’s fully implemented and not some introduce first, maybe fix later thing

I just came to another issue that weapon wheel most likely will present;

While weapon wheel is better for controller users, for KB/mice users, nothing beats hotkeys, which also remain as seen on promotional images. (The only saving grace about it.)

However, if i switch the weapon/item via hotkey, will the weapon wheel will be plastered in the middle of my screen during the switch?

If so, it is a great hindrance, obscuring and blurring the view, every time i switch weapon/item.

As seen as how GZ works, i don’t see it being paused/slowed down when weapon wheel is shown. Since if it would, it would break the MP part.

Could placing the wheel more to the side be an improvement, or/and get rid of the blurring during weapon wheel use?

You are correct. 8 of anything including duplicates

I hope that the hotkeys numbered 1 to 7 will remain in the game. I haven’t really a need for a weapon wheel because it’s quicker, but I understand many other players do like this, so I’m not against. Now if only the Xbox update is fixed, we can move on towards newer things.

Agreed, I normally carry about 4 weapons and 2 side arms, its annoying when mid fight when it gets up close and I want to switch my PVG out for something else I just have to quickly flurry over my inventory while I’m still being hit or flanked.
I also want to know if we can move during usage of the wheel, because having vision and movement while changing weapons seems amazing.

I almost always finish the fights with the weapons that I have equipped, switching during a fight, is a rarity. It’s probably because I play on easy Adventurer.

I almost always switch mid fight to suit the situation better or just to have a change of pace with a different weapon. I don’t know why I just can’t stay on the 2 weapons I have on.

I also want to know if we can move during usage of the wheel, because having vision and movement while changing weapons seems amazing.

As seeing it being very similar to the current Emote wheel, i’d say that once weapon wheel is up, you can’t move at all.

Also, i assume that there is another, new, keybind, to bring up the weapon wheel.

Probably if as you said it is similar to the emote wheel. But still, being able to see is still a great change for us people on console instead of having to flurry around in our inventory for 10 seconds while being shot.

instead of having to flurry around in our inventory for 10 seconds while being shot.

Based on what i see on promotional images, assigning weapons/items to the hotbar/weapon wheel is still done within Inventory. But the weapon/item switch is done outside of the inventory, with that thing plastered on your screen, blurred vision, and most likely without being able to move either.

All-in-all, that means you can equip up to 8 items at once (if slots aren’t predefined) but weapon/item switch, when using the weapon wheel, hinders the gameplay. Since at current moment, all players can switch weapons/items on the run. But with weapon wheel, minimum you’ll get is blurred vision, while worst would be not being able to move.