Missing map Icon and building in the PS4 version 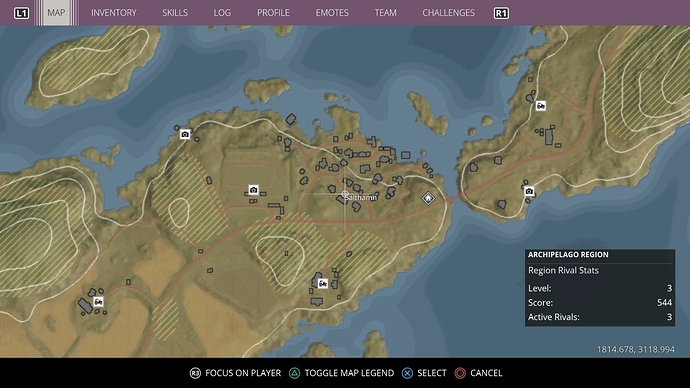 EePDtHJWsAAnQze.jpg1920×1080 248 KB
first is the missing settlement icon for Salthamn in the Archipelago Region it was there but now for the life of me i can’t get it to reappear.

EePDz82XgAAeIWD.jpg1920×1080 366 KB
Second as i scrolled the map i noticed that it seems the main building for the hotel on Himfjall island is missing, now as i’m not yet close to level to go to that area yet i don’t know if it’s just a glitch with the map or if the building itself is missing, i remember none of the buildings were there at all anywhere on Himfjall at one point and that was patched but that was a few patches ago and it’s been months now since the PS4 version was patched and I am aware that things have been slow due to the pandemic but if you could look into this when you have the time it would be most appreciated.
Aesyle split this topic 2020-07-31 17:23:16 UTC #2

A post was merged into an existing topic: Map issues can go here