I asked a few times and he completely skipped my questions. I even asked if he was allowed to talk about any criticisms and completely ignored.

He legit read the question above mine, saw him read mine and then skipped it and read the one below.

I’ve been following this topic with interest, and I’ve got to say I agree with a lot of what has been said on both sides of this discussion. It seems that experienced/ higher difficulty players are fairly happy with the changes.and broadly speaking casual and new players are not happy with adventure difficulty in it’s current state, which I am finding difficult myself. However I am enjoying adapting to changing tactics, what I am not enjoying is getting destroyed by a few hits if I do make a mistake. Personally I think if they toned down the damage on adventure, and ironed out a few things, I would be happy with it. Currently adventure mode doesn’t feel like the lowest setting.

Personally I think if they toned down the damage on adventure, and ironed a few things, I would be happy with it. Currently adventure mode doesn’t feel like the lowest setting.

That’s a good point, I think it would be a good idea to tone down the difficulty for lower levels and let those that play for a challenge use guerrilla

That’s just my personal take on it… I’m a casual gamer, and I just play on easy to enjoy the story, I don’t want too much of a challenge.and i just think the more constructive our feedback is on here to devs, the more likely that everyone will see changes the game needs.

PUT THE DIFFICULT STUFF ON GUERILLA.

And that’s basically what I’m gathering.

Youve gone and made the game harder for people who play it more often than people who don’t, thinking that it’ll be fine however you have EXCLUDED new players who will now find it VERY difficult.

Hey nice job on the new animations tho their neato

Please stop the machines coming through closed doors and walls. It seems to be every fight now. I have also noticed they can shoot down through the floor when you are in the basement of a block of flats. I wait until I can see the direction the rockets are launched then sprint right or left. This does not help as they land in front of me. How do they know mid flight to change direction? The game seems to be heavily biased against the solo player now.

I have been following this topic for a while as well and no, I don’t see players enjoying this no matter the skill level.
Sure, some do, but the vast majority of players don’t (in here).
I am an experienced player and I enjoyed playing this with my wife all the way to max level.

Now it’s just unreal. I don’t mind evading and sneaking and using tactics to achieve my goal. There are other games where you can go in guns blazing and auto-rgenerate health.
But the game has to make sense to itself, be coherent. Teleporting robots, laser missiles and infinite pinpoint accuracy…well no.

I really like the game so I hope to see it back to its normal self soon.

as i’ve said the things that are bugs i.e shooting through walls and popping up inside houses these things are BS and need fixed.

the enviroment is still there you just now have to be careful when you explore and not walk about like nothing can touch you cause thats what it was pre patch. also gonna take this moment to point out to you the character you play as in the game is a teenager in the 1980’s your not some big army dude/woman not every robot is there to be fought at the time you see it.

the enviroment is still there you just now have to be careful when you explore and not walk about like nothing can touch you cause thats what it was pre patch. also gonna take this moment to point out to you the character you play as in the game is a teenager in the 1980’s your not some big army dude/woman not every robot is there to be fought at the time you see it.

True, this is a Sweden occupied by hostile machines.

I’m another player who enjoys the new update.

I’m so far lvl 17 playing Guerilla, normally 1-2 players with scaling difficulty. So blue weapons and halfway specced character. Before the patch combat had grown pretty stale. We could roam the map, fighting and destroying anything we encountered. Pretty much we were hunting robots. Now? Now the robots own this land. We move cautiously, we make fighting withdrawals, and we’re forced to fight smarter, utilize equipment and with better focus. Combat is exciting, and we feel like underdogs fighting the occupants.

Judging by people’s comments it seems like they need to correct Adventure, since I agree it should be more welcoming to new players and anyone who wants to enjoy exploring, etc. If there’s not a significant difference between difficulties why have them. This is a good chance to set that difference.

Keep up the work devs! Some tweaking should be done for sure and outright bugs should be fixed. But man, this is intense. I for one welcome our new robot overlords.

Thanks for replying akje, my read on the overall topic was probably a bit off, it was a generalisation from what I’ve seen on here and discord,as I mentioned i only play adventure on solo, so it’s good to hear another side from an experienced player.

because of this debate i’ve started a new character, not to in any way prove that the game is playable on guerrilla mode but just cause i want to test it out. 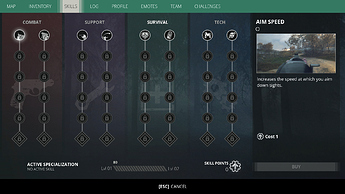 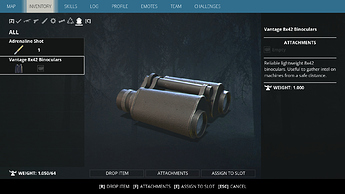 I understand your point but I would still recommend to try to have a friendlier attitude maybe someone would be more interested in your opinion. Just saying

edit: i think the post i replied to got removed

Finnaly you are understading out point if view!

They didn’t really ruin the GAME, per se…they did ruin the experience of playing the game… I’ve actually started going back to the archipelago region, to loot the slightly easier bots for ammo and supplies, because that’s the only way i can get those things relatively safely.

As to the 3-wave limit… you may change your thinking on that, when i tell you that the different classes of harvester call down different numbers of hunters for backup.

Easy fix! Make an option to play solo only just for the solo players. Also AI behavior should be based on difficulty.

Wow dude none, here is out to get you. I’m pretty sure that most here understand that you’re frustrated, and somethings could use a tweak here and there, I agree, but the attitude and the victim mentality is not needed
Frankly I think you should try to focus more on adapting your playstyle because I was also upset but decided to try to figure it out

This is not a personal attack against you we are all in this boat, some like it while some don’t.
All we can do is to try to make the best of it.

I don’t think ANYONE bought the game to hold their hand, and tell them how good they are. You say you bought it for a challenge…that’s what difficulty levels are for, and they worked beautifully. I play solo on adventure. This provided enough resistance to be challenging, while not overwhelming, so i could focus on the game’s story.

Right now, there’s no discernible difference between difficulty levels, that i can see. i’m watching people playing on harder difficulty levels, and their experiences are mirroring my own. arty spam, gas spam, overwhelming numbers of enemies appearing from seemingly nowhere, shooting through walls, melee through walls, outright clipping through walls, and fragging you from inside the building you’re in, enemies disappearing, and reappearing in different places, enemies being able to see you from impossible distances, and IMMEDIATELY going red, alerting every machine in a square kilometer to your location… It’s insanity.

Right now, it’s damn near impossible to get anything done in terms of story and missions, because i end up spending most of my time, stuck on the 2nd floor of a house, or in a church tower, getting pounded to hell, by an absolutely ludicrous number of machines, and often i can’t even go downstairs because a bunch of the have either clipped into the building, or outright spawned in the building. Oh, and let’s not forget about how safehouses aren’t safe anymore. They can attack you in safehouses, they can actually walk right up to, and into safehouses. No, this is nuts. I didn’t buy this game to be frustrating, i bought it to be fun. I’ve only been playing for a couple of weeks, and right up until this update, i was having a lot of fun with it. Now, not so much.

And as to your solution to “run like hell”… have you honestly tried to run from a hunter? They run stupid fast, and have unlimited stamina. if you’re a relatively new player, and haven’t had a chance to upgrade your stamina, you’re screwed.