You been reading Russel Brand?

Next week will mark 6 weeks behind PC release. I’ve heard absolutely nothing this week coming out through camp avalanche. If there is a dev letter mid month or next week -giving the same excuses as the last 3 then I feel it may be September.

If I had to venture a guess, I’d say they aim for release at the end of the month. Probably alongside a patch, that’s how it usually happens. Don’t take my word for it though.

Well if Pontus doesn’t announce it when he’s back on 19th for release on Friday 21st then it’s gonna be tough final week in August. Caught up in a conversation Tuesday regarding the process of submitted games for console release, real deep dive into the how and what happens to get it available.

The more times a title has been changed, or edited, patched or updated it takes additional time to level a new foundation or base game as source ( Microsoft / Sony main servers ) for people to play. The original conversation was about another title, and how long they would give themselves before they submitted it to release on console. General feedback was about a week of in house testing after completion before it doing live.

Let’s hope if anything…that Pontus at least gives us a date. As the countdown was also pulled from Discord ( despite being up for 2 days before hand ) I’ll tag any updates I find out next week here.

Well, it’s halfway there. And just look how quick the first part of the month has gone! Great to see the team have got back into work mode seeing Bjorn & Laura joining the party in the developers thread.

So FNIX Rising to console…

I would like to think that it would be ready for the kings return to Twitch Wednesday - in terms of announcements it would be superb for him to drop the news considering how much he’s been bombarded with questions about it every stream since PC release on 23rd June.

It’s 7 weeks behind - the hype isn’t there anymore across social media, but I’m still looking forward to it. The team is ready - and for those that ARE on console I suggest you take a read here to prepare —>

I would suggest ANYONE that is on console - take this time to start getting a team together. Over the weekend across the official FB page, and the PS4 / Xbox specific pages there has been an ongoing issue with experimental weapon drops. The reality is - the drop rate is terrible, and not worth the risk or effort with current RNG. Use the remaining 13 days they have left to release it - to start putting the feelers out for other players, who are currently working on their rivals ready for the up…

Now, onto something weird… 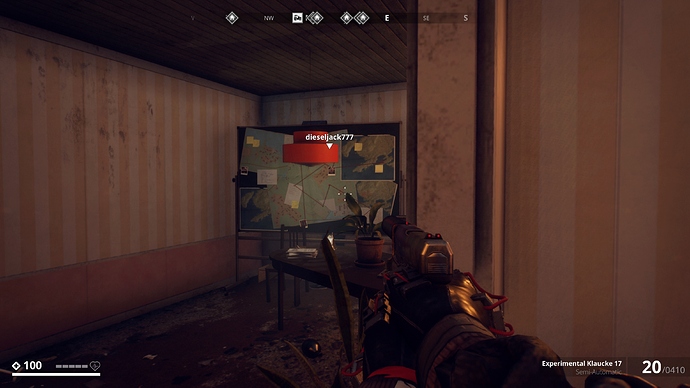 After 6 weeks of searching…waiting to hear something, anything she was found. What concerns me though, is 4 weeks ago I did Maaskar Rain, predicting the mortars were WNW.

On approach this time, nothing happened. No explosion, no whistle, no change in scenery whatsoever. So…I ask you this

Have you been making changes on the quiet?

It is. If they were to remove it they would need an update and they could have put some patches in as well. Unless it was on a timer to stop at a certain point.

Unless it was on a timer to stop at a certain point.

Plausible, but on the other hand, I visited Måsskär quite often before and around the first shelling. I can’t remember any update around that time…

What is supposed to happen?

Thats weird, I have never seen those explosions before and i usually go farm ammo at Måsskär. Note that I started playing gz again just a month ago.

Was Masskar, the radio mast, etc, not on fire and blown up In game originally?

I’ve seen photos from weapon and collectible guides where it is not.

100% not, Masskar has had massive changes since early game.

So it gets bombarded when you get in its vicinity the first time, I was too busy Guerilla fighting doggos to notice, cool!

Awfully quiet from the team…

Were you expecting otherwise?
i´m sure until 26th/29th they will tell something.

He should be on holiday though. Or just getting back.
Don’t get me wrong, I love that the team still check their emails but I would totally forgive them for wanting to take a break from working in this oppressive heat.