Plans for base building?

Alinde,
If that’s how you wish to play , play that way…
But l do not wish to play that way , l would like something more then just running around blowing stuff up and hiding in bushes, it works for the first three hours of game play ,but after that l would like to have a place to build traps store all my goodies so l can destroy all em bots…
More options, to a great game.

In the last Dev stream they mentioned that they don’t want one player to be all powerful. Basically saying that being careful with how you use your equipment is everything. If you had a homebase with traps it takes away from the narrative of the game, which is traveling and discovering locations and solving mysteries as to what happened. You were never meant to stay and live, otherwise it’s your every other zombie game that’s been released the past 10 years

Highmonkey94
Ok l’v done all that, l’v traveled discovered , what happened to everyone, god came down and said your all coming with me.
So my brothers and myself wish to have a place to store, fix , and build to fight these bots. Do l want to loot every home , no.
l do want to run around with my brothers having some fun shooting bots, watching there patrols and planting traps in there path and seeing them go boom, Yep…
Do l wish to stay and live , no its a game.

You would need to loot the resources required to craft your traps and then in return craft. Adding that extra step seems weird, annoying and not sure if it would fit the narrative of the game. I would hate to run out of grenades and instead of going to the military airfield where I can fast travel, loot the crates and trucks for grenades and get on with it, I would have to hunt down gun powder, scrap metal and other items just to then make them? Also takes away from the rewarding feeling of stumbling across some badass loot. Also you can do everything you said you wanted to do but maybe they will add more items and traps to find to fit your needs.

Living in the world of the Walking Dead were everybody likes to loot and then see what badass loot that other group of people has, no thanks.
l would rather live in this world of Generation Zero as a Builder not a looter.

It’s not Fortnite. Or Minecraft your ideas are great. But I was thinking more of a stash box of gun room. Crafting explosives etc. War of the world.

Idk wrong game then I guess?

Would you rather live in the World of the Walking Dead , a place of looters.
Or the new world in fallout 4, as a minutemen

You can play all those games you don’t have to choose.

There are so many great games available if this one isn’t for you then why let it cause you so much frustration and cause other frustration with your not so well put together argument? It’s like buying a Far Cry game and getting mad that there isn’t a TDM mode. Wash your hands and move on and if your mad about the 40$ I would reevaluate the reason why you would spend 40$ on a video game if you aren’t willing to part ways with that money.

So you are saying late game l will have nothing to do. Because all l have done is run around a map taking what is not mine and then used it to blow up bots, that will have fixed themself’s the next time l pass though that area. And l need to now blow them up again or hide in a bush.

l would rather a home base late game. A place to catch my breath and build a shit tone of nasty traps l can place in safe houses. And then when l have that all set up start placing them in the patrol paths of these bots. And then l will start to recycle those bots in to base metal

Or you can just keep running around and doing the same thing over and over, as you wish…

I sort of agree, sort of don’t.
I’d like to have a home base. A sort of place in the game world that’s “yours”, that changes and reflects your progress. One that in and of itself gives you perks. Perhaps a facility that produces rare ammo, a playable vehicle that players can access at some point or a radio mast that can make music blast out of every radio in the game world, distracting enemies.
I however wouldn’t want to have a Fallout 4-style mechanic where you build and defend outposts. It would just add a level of complexity to the game which would take too much time.

I’m not quite into the idea of “crafting”, although I’d like the ability to have a spot on the map where you can exchange one type of ammo for another, same with health packs. Or that players can combine two guns of the same type to get one in better condition.

l totally agree with you Hogge , a fallout4 base building mechanic would not fit this game.

But one well camouflaged home base would be cool.You can then use the safe houses to store all of these goodies made at this home base.
The home base would be the place to maybe craft objects that you can not find by looting, high end/late game traps would be one , and high end/late game mods made from machine parts another.
It could also be a place you could craft and name your own special/High End weapons, built by striping down other weapons of the same type.

Then it would be time to take the fight to the machines, and show em why man is the alpha on planet Earth

I think it would be cool to somehow take over the robots and they become a friendly npc. They could gaurd the areas you have left, and it would be cool once you clear an area the bots try to invade back.

l will start of 2020 when mods come online, Well after l finish Squadron 42 ,

. ,and this game is far more broken then Fallout76 at least my brother can load and play that game, this game does not even load just crashes…

I think safe houses make perfectly good home bases. I just think they should be more than just spawn / fast travel points. Storage at a safe house would be nice. And if recycling / crafting that has been hinted at makes an appearance, then perhaps crafting stations at safe houses would be nice. Although @Darthmorpheus’ suggestion of 1 home base would work too.

I think it would be a great disservice to wreck this game’s more unique premise by changing it into every other survival game that’s already out there.

Crunch , the only reason for my one home base is that this dev team is a very small dev team. These guys and gurls have a lot on there plate.
So one well setup home base would be much better then a hundred poorly made bases. And yes l understand this is not a base-building/survival game, but l’v never been in to the, l got these awesome loot from ?. l like to make my awesome weapons and armor

I don’t see the diff collect resources to build ammo or collect ammo …
The changes I think need to be aimed at the bots for example ticks should be able to climb walls …!!! Spider type bots same size as the runner ones could roam bunkers …and saying bunkers WE need more bots in bunkers few ticks and few runners just not enough only couple bunkers have hunters .in the inventory need extra tab for mission items so u can tell how many bar codes you have collected / missions should be alphabetical it’s been mentioned b4 loot boxs in safehouse that link to other safehouses I have dropped 5 gold weapons last few days coz just not room for weapons and ammo of every type but all this takes time and alot work …

I agree , but you use the safe houses as bases , like for instance you take over a bunker you have storage, crafting, maybe a few immersion things like organizing it the way you want decorating it up whatever and maybe placing a static weapon in a hall or fortifying some points , then occasionally being attacked by waves of robots, but that would be the extent not building massive sprawling bases or outposts just confined to the area where you are holed up much like state of decay did with building slots and you had to choose what you wanted there.

If we get bases (even though I don’t really want them), this needs to be made available in game as a decoration. 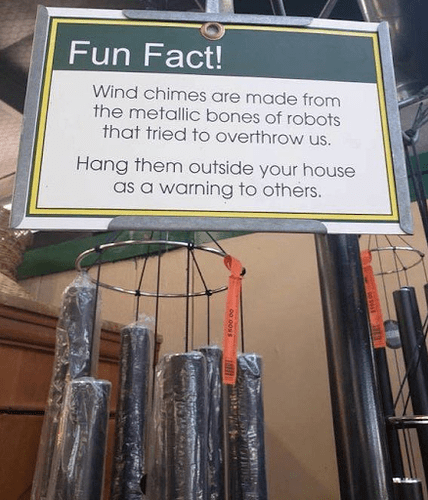