The loot you find inside the loot bags/boxes is random each time and not scripted. Due to that, it’s impossible to list all the items you could find at specific POI. That, and it would make the game boring if you already knew in advance what you’re getting.

Back in the early days, there was a loot box counter at almost every POI, e.g Loot: 0/66 at Vesslan. It made PITA to search bigger POIs in-depth to find all the loot boxes/bags to get your stat counter completed, e.g 66/66. 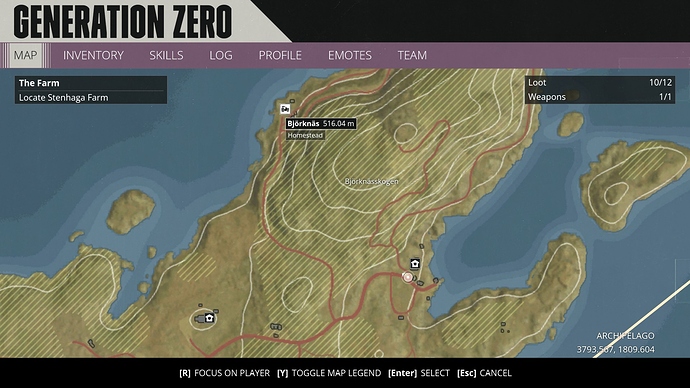 The loot box counter was removed along the way since it was broken on many ways:

For devs, it was easier/faster to remove the buggy Loot counter all together rather than painstakingly going over every singe POI, correcting the values.

Yeah, the loot counter was annoying in locations where boxes spawned in unreachable places like lighthouse windows.