While I’m sure vengeance is the best revenge

It is indeed, isn’t it … it gives such a warm and fuzzy feeling inside

So by that token, if I’m honest to my friends and in my reviews when I think the game is in a fantastic place, I must also be honest when I have a sense of foreboding about the direction the game takes. Personal integrity dictates it must be so.

I completely respect that and I agree regarding the integrity. However, I’ve only done a two-liner review on Xbox (probably in Danish) and I think that still holds true. And nobody cares about what I say anyway

Yup. Once more, exactly likewise.
(Well, my cat and spouse, but yeah.

And I’m sure they deserve it too

Wow, you guys are lucky. I just sit and cuddle with my plushies and IKEA pillows while I play.

I’ve seen people mentioned Plundra and I’m dumb to ask but what is Plundra?

Plundra are the storage boxes in the safehouses that are shared between all your characters. And it’s perfectly fine to drown in the alphabet soup of all those Swedish names occasionally. 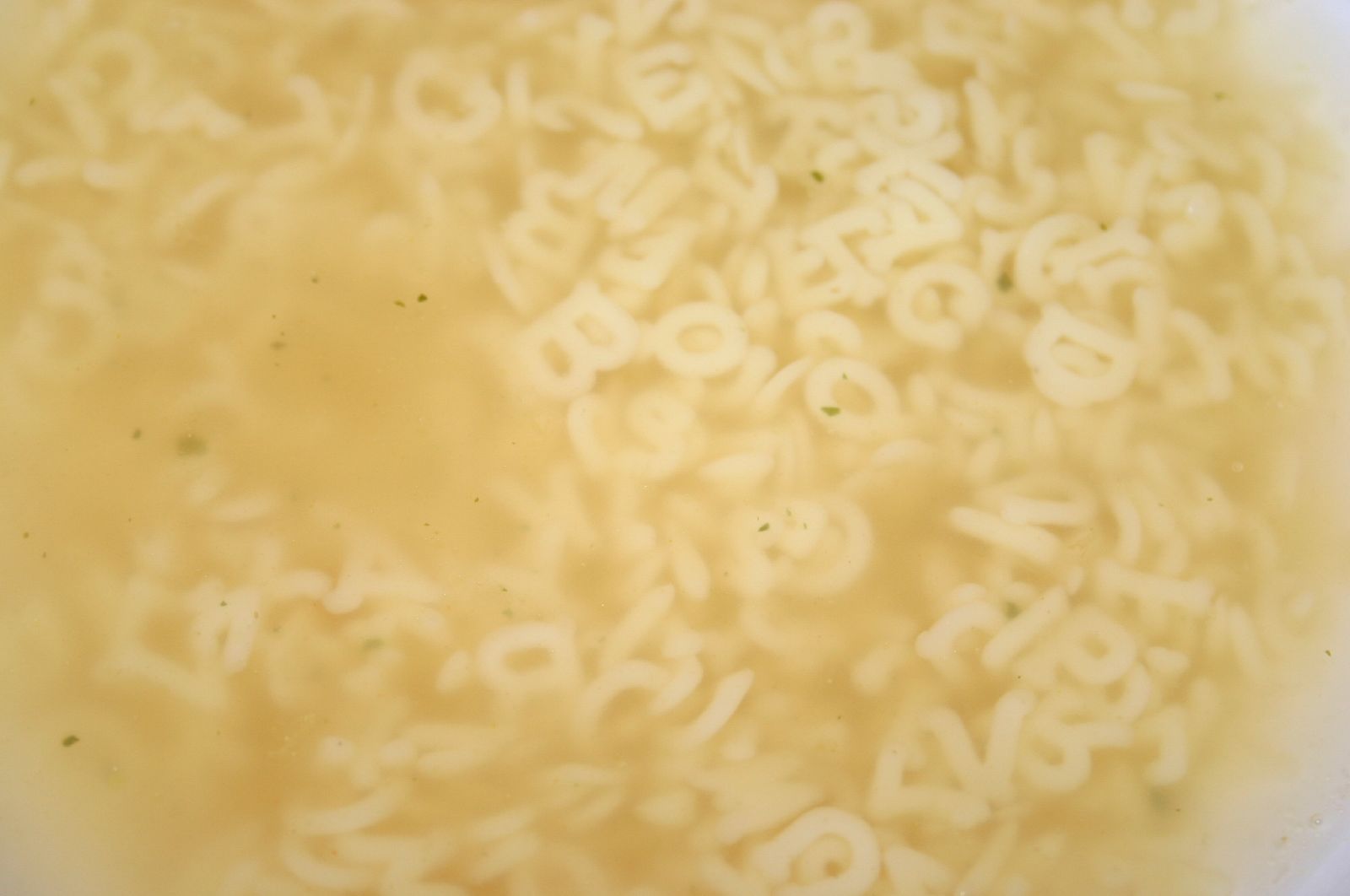 Oh , a storage box is called Plundra? Why?

I wouldn’t want to put forward the impression that I speak Swedish, but it would be a play on loot/plunder, surely?

So I thought I’m gonna make some input on this

I don’t think experimental weapons make the game easier, I think they make it faster and add some variety.

Now I explain why
First of all they are not OP, so far I got:
EXP. 50 cal. - it actually works as I would expect from the base one, maybe 5 star version. 50 cal. was my biggest disappointment honestly

SMG - yeah you can shoot faster but it will also eat your bullets quickly, I use it to kill Hunters faster
Rocket launcher - I think the base one is very underpowered as much as base 50 cal. I honestly rarely use it, now shooting 2 rockets at once makes it 2x faster and you waste rockets 2x faster as well
Shotgun - looks cool, you need to adjust to its range, doesn’t do that much damage in my opinion and it’s fine

I have around 100 hours now and most of that (probably around 80%) is playing solo. Now some people make it look like this game is very very easy, I kinda don’t share they opinion, I think it’s hard for solo player. Enemies are too much of a bullet sponges, they can kill you in 1 - 2 seconds if you are not running around like a rabbit on crack (very immersive huh?), they can see and sense you from as far as you can see them, stealth is ultra lame in this game since it’s only useful for avoiding them not for fighting them (have you played MGS V ?, maybe add some tricks from there). Rockets and grenades are very underpowered, exploding canister has to be transported inside tanks butt and detonated from a sniper shot from 100 meters away while there is one more tank and 5 hunter jumping at you. like seriously?

We dont have sticky bombs, luring bombs, EMP bullets, invisibility cloaks, no proper traps, no thick armor… so honestly there is not so much stealth or tactics in this game as you imagine.

the only tactics are:

can I afford to fight this or do I sneak arround?
If yes then throw everything I have at it and run arround, die 5 times, run back keep throwing things until its dead. loot, repeat.

If game makes you think about how you gathered all those Ak-47 bullets and now you gonna waste them on a tank, harvester + 10 hunters then it’s not a very fun game in my opinion. If there was something else to do like I don’t now… building mini settlements, trading outposts, interacting with other players, but I’m now touching on Fallout 76 idea… (good idea, bad execution)

now if experimental weapons can make this a little bit faster with less bullets, and less times dying then I’m fine with them.

I would say they are not on Star Wars fantasy levels. They are called experimental and I’m sure you would find something partly working throughout the history of wars and Area 51 (lets storm this one)

So there you go guys, it’s not such a deep game with advanced tactics as it seems when you playing it for the first like 10 - 20 hours. it’s actually pretty shallow and missing a lot and a lot and a lot to make it work as devs and us are intending…

thank you for reading.
This is my opinion

Lots of good thoughts here, @Justas1988. You have to level up a lot to have a fair fighting balance. My problem with the experimentals is, that the game is set in 1989. Now, thirty year later I"m not aware about EMP enabled, timed micro-bomb shotgun shells. I might have been unlucky that my first encounter with EXP weapons was the pumpgun but I felt like getting a “model spacecadet” gun. Just as appropriate as a dog on a pool table. But if we’re doing fantasy then it’s fine

Military use of combat shotguns through the 20th century has created a need for ammunition maximizing the combat effectiveness of such weapons within the limitations of international law. Twelve gauge has been widely accepted as an appropriate bore diameter to provide an effective number of projectiles within an acceptable recoil. Early 12 gauge popularity for sporting purposes produced a large number of repeating firearms designs readily adaptable to military purposes. Initial World War I issue...

now in a game where we have this: https://www.youtube.com/watch?v=hSjKoEva5bg with a machine gun, I can accept that we may have a flechette rounds which can explode

Fascinating, I had no idea. I am an engineer but I’m in the wrong business. I do medical equipment for Radiology (saving lives, not … never mind)

So what about the red paint that comes out of the other type of shells? I’m eager to learn

dont know about the paint, but I found something more about the shotgun shells

I think this should return some faint to you Ian

it even says Experimental many times

Hello @IanForce you make some valid points above. I like you love this game greatly I play it on Xbox & find it enjoyable even with the many well known bugs/glitches. You & I in some areas will not agree in others we will as in life.

Now for my opinion/view of this update after a heavy play weekend of it:

I love the Halloween clothing drops one of the things that tipped the scales for me was the late 1980’s theme with the clothing & clothing pack DLC’s ( I am a huge fan of personalization of characters). I like the rivals overall but as others feared the prototype weapons are way OP I thought for sure they would add some sort of balancing factor to them like overheating or less accuracy…they did not (sadly IMO). I do like the numerous bug fixes (though much yet needs done in that area) & I like that they did NOT add base building or crafting keeping the guerrilla fighting feel to this game. I did notice fewer machines in small groups patrolling & larger “packs” in areas (at least it feels that way to me).

Again the above is all just my personal opinion/view & nothing more or less than that. Thanks for reading & have a safe & fun week.
SPP

I’ve read a lot of postings recently that praises the Rivals and experimental weapons highly. Someone has already requested 7-star weapons and the wish for bigger machines have only increased after the October release. I acknowledge that and I must admit, that Avalanche apparently made the right choices over the last few months of development. And even though I’m not happy about it, it seems like the majority is. And that is good, honestly. I never cared for shooters where the entire playground becomes an arena, I like story driven games. That is pretty much all.

One thing I really do like about the new experimental pump gun, though, is that when I changed shell type, it shot what I first believed to be red paint at the enemy. It turns out that this is actually up-concentrated blood plasma encapsuled in small syringes. If you fire that on an injured co-player, he’ll get a remote blood transfusion.

And on this light note I will leave it and wish you all happy gaming. I’m sure that I’ll check in on the game from time to time

Not at all! I play Half Life Episode blah blah Chapter wotsit (and I haven’t finished it yet) and Generation Zero. I love the concept, I love the world, I love my weapons, I even love my enemy! I want more story. Sue me.

I have crashed only once (playing with Xezr) and I don’t care if the bushes come through the floor - I’ve rebuilt houses worse than that). I ignore floating trees (I figure they’ll come down to mate). Floating rocks I find ways to jump upon, and nothing bothers me. I want narrative, now. And new worlds to explore…

I have crashed only once (playing with Xezr)

And on this light note I will leave it and wish you all happy gaming. I’m sure that I’ll check in on the game from time to time

Likewise, I guess. I’ve been enjoying the forum much more than the game of late, and the whole Rivals thing grosses me out more than it should. I’m still playing since it will take a little while till I have the next game at a point where I can play it while listening to an audiobook or watching something on the second screen without getting killed or missing exposition in the game, but I suspect my days here are numbered just like yours. Take care, mate, and see you on the flipside.

And you ended up with GZ?
Aw, bless!

I betcha when we’re both long gone, they’ll release DLC, and that will introduce story to the game!

Hopefully they do something more with the Russians, because there is plenty of interesting story potential there.

And probably while I’m waiting, I’ll be playing Cities Skylines.

And probably while I’m waiting, I’ll be playing Cities Skylines.

Exactly.
Like, we’ll play something else for a bit, and then when there’s DLC for GZ, we’ll be right back. With dollars in our fists to boot.

I wish they’d just accept that, perhaps give us an ETA for DLC, and let us go on our merry way for a while, rather than desperately trying to keep us in the game with low quality updates like some needy, manipulative lover.
If you love somebody, set 'em free, eh?

I feel like they should take the No Man’s Sky strategy, letting the player numbers fall a little, and then release an update a few months later that almost completely changes the game until it’s at a state where the game is enjoyable for hundreds of hours.

I currently have a save file that is over 200 hours in No Man’s Sky, and I still play on a regular basis. I’d say when No Man’s Sky became extremely enjoyable was almost two years after release, when the NEXT update came out.

What the devs need to do is take their time with updates, prioritizing bug fixes before new features. They need to listen to us as well, we don’t want higher tiers of weapons, we want a good story, more interesting areas, and new robots that strike fear into us.

The current story feels more like a prologue than anything, so hopefully they decide to expand the story in the foreseeable future.