What is your favorite clothing style? (New clothing requests?)

What style of clothing in Generation Zero do you like best?

What kind of new clothing, or “Vanity Pack” would you like to see added to the game?

Let’s hear your thoughts on this, and if you want, throw in a picture of your coolest threads.

Personally, I prefer something that would actually make sense to wear, if you were in a guerilla war in 1989. Practical, everyday clothes, or outdoor clothes is what I prefer. The two exosuits are… not exactly my style, I’ll put it like that to avoid stepping on any toes. The Experimental set looks cool, especially the pants and gloves, but then again this is not something you would find laying around. It seems too high-tech even for special forces at that time.

Anyway, here’s my style at the moment: 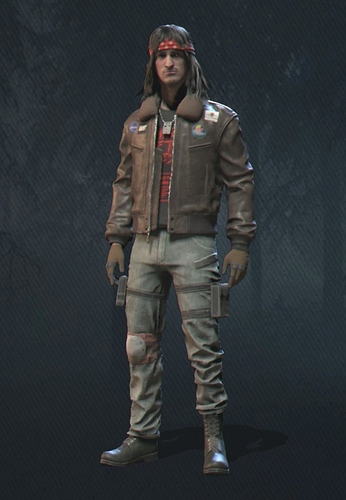 If I was to make a request for future clothes to be added, I have two ideas.

1 - “Guerilla Vanity Pack”: Everyday and/or outdoor clothing, modified for combat and roughed up by use in battle. Something like the Resistance set, but with different jackets, pants, headwear, boots and gloves.

2 - “Mayhem Vanity Pack”: Scandinavia + 1980’s = Metal and rock music! Why on Earth don’t we have death metal face paint yet? This would make so much sense to have in the game! What actual clothes to use I’d leave to those who are into that style to figure out. I just think it would be such an obvious clothing style to have in a game with this particular setting.

What is the Radical Vanity pack? Where /how did you get it?

What is the Radical Vanity pack? Where /how did you get it?

The “Radical Vanity Pack” was the bonus you got from pre-ordering Generation Zero, so unfortunately there’s no way to get it after march 26’th 2019…

The FNIX clothing for the most part has been odd-looking with that tick helmet and strange feet, but the new cosmetics have made a middle ground. It doesn’t look strange, it actually looks fitted to the character and doesn’t break proportions, but isn’t as armoured-looking as the FNIX clothing.

I think I enjoy a mix of both and in an interesting twist scenario, the NEW cosmetic armor could be taken by storm if having some sort of upgradbility to it changed/upgraded it cosmetically. Currently it still looks like a lot of flesh is exposed, but imagine you strap more small armor pieces together periodically. Not to make an exo-suit that completely breaks immersion, but I imagine that if we or FNIX are tailoring suits for us by destroying machines, we could slowly take another piece to add to that armor.

The armor itself is something to aim towards endgame, because it’s behind a grind-wall (which could also be addressed), so it’s the first simple initiative to make end-game…

The exo-like armor pieces that are slowly upgradable visually, so there is a point in first reaching this loose endgame and then keep taking on the ‘biggest’ enemy there is currently. As it is now, it’s a bit disappointing to keep going against a dice roll and not have something that is guaranteed to slowly progress. Not that I know of anything that progresses you in the game.

Good points, and some good ideas.
I think it’s nice to have these so-called “Vanity Packs” that you pay a few pennies for and instantly receive a bunch of cool clothing.
I also think it’s okay to have some sets you need to grind for in end-game play, like it is currently.
My main wish is a couple new vanity packs, specifically those I described.

I usually wear one of the experimental sets, going more with a realistic approach, using certain colors to blend in with the environment.
Plus the experimental earpiece and eyepiece for tactical help 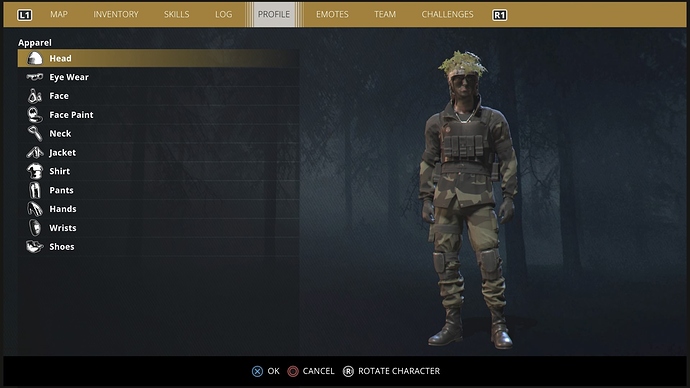 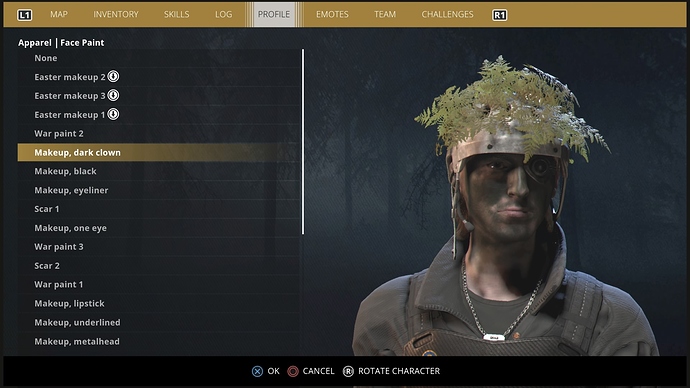 But sometimes I put my Jason mask on…

Well after months of fighting against the machines, makes sense to use the experimental or the “new” exoskeleton set, you are now part of the major Anti Fnix resistance forces and looted all military known bases inside the Machine occupied zone.

or something worst…a machine sympathizer

That’s how I roll. I have kept the theme from the beginning and what I wish for from the future vanity items.
I even skip bonus attribute clothes if they don’t match the militaristic gear.
Also, no need for brain bucket because those didn’t stop bullets very well back in the 80’s. 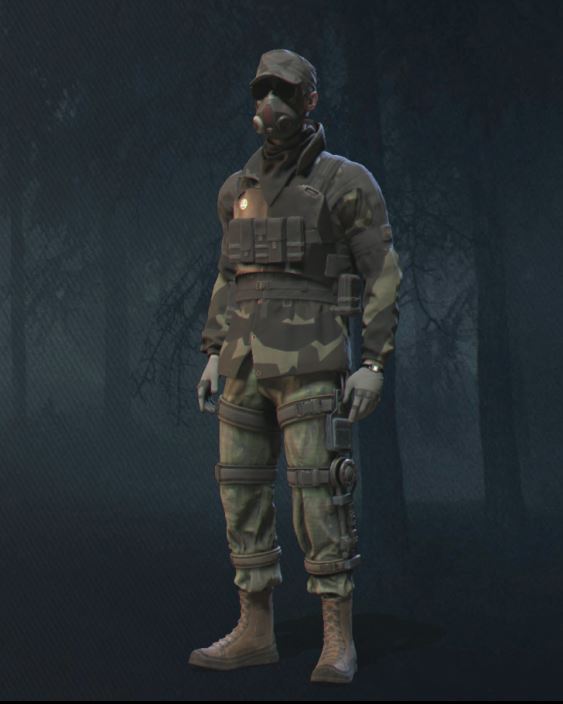 I don’t have a single favorite set. Instead, i have 4 sets that i use, specific to my chars and their skills.
Pics here: Character Biography

As for what new apparel items to add, well, hard to say. Gowns are pretty but it would be only for female chars and i can’t imagine running and fighting in it. Especially in the middle of Sweden winter.
Another option would be ability to remove jacket but again, in the middle of winter, it’s a bad idea.
Oh, there is topic in the forum that asks for practical apparel items: Apparel with bonus audio/visual effects

I dig the set from the main menu after the resistance update. I have never seen it in game or found it online so I’m assuming it’s not in the game. I would add that outfit as it looks sick.

I have never seen it in game 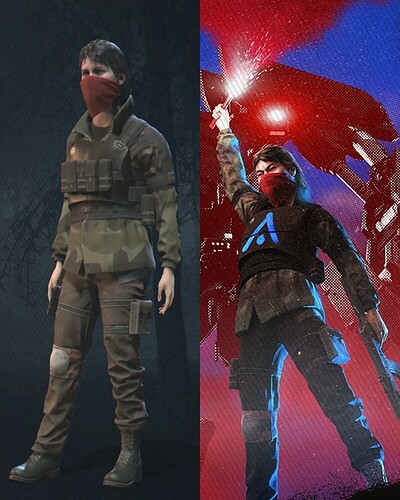 Only diff is that the chest pouches have been removed and resistance symbol is painted on the chest, for marketing.

Yeah that one lol! I’ve seen that top in game but didn’t realized it was supposed to be the one from the promo material. I’d actually love to have a set exactly like the one from the advertisements. Thank you again!

Also I think it would be pretty cool if they added a few more outfits of a similar style.

a few more outfits of a similar style.

Well, there are different color variants of that “set” (which is actually mixture of sets) in the game. And there are similar sets in the game as well, though, people can have different understanding for “similar”.

Ah very true. My request almost seems mute then. Idk I know the devs must be busy but I think additional variety would still be nice especially if it were in a similar guerilla style. I think I read someone else requesting Guerilla style cosmetics.

Hey, you’re not alone. I really want clothing like the one that’s on the Resistance Update cover.
It looks so badass

I was 15 1989. I drew my own fantasy/sci fi superhero whatever characters, from when I was about 9-19 and almost everyone looked like they had been styled by either Early Madonna’s stylist or Boy George and Cyndi Lauper. The tv-series The Tribe came 10 years later but that is exactly it. And the recent movie Pan, how Tinkerbell looks.
Oh almost forgot Robert Smith!
And Vivienne Westwood and Helena Bonam Carter’s personal style.

I would also like to see more masks in the game. I think some hooded ninja type outfits would be cool too. I also kinda want another exo suit. I would also really like a lightly armored police outfit a bit similar to a Leon Kennedy style from resident evil two. I think that would be pretty cool. What do y’all think?

I think it looks like the black Resistance Jeans in the promo picture, @Aesyle