Hi, I’ve in the last day or so I’m finding that around 60-70% of machines I’ve destroyed aren’t giving any rewards. This is very frustrating and I’m now wondering if I get a Reaper to spawn, will I get any rewards when I kill the Reaper?

Is there anyone else experiencing the same thing?

Hi.
What do you mean with “rewards”?
Loot? Experience points? Both?
On which level is your character?

Hi there, sorry I meant loot. It started a day, or so ago. Killing machines and ending up with no loot 60-70% of the time.

No weapons, no ammo, no anything.

Puh.
Online, offline? Alone or in coop?
What kind of machines? Just seeker, or runner or even hunter, harvester and tanks? Rivals, too?
Just tell as much information as possible so maybe someone can help you. Sorry, I personally don’t know what to do.

Sorry I was online, but on my own. The lack of loot has been with all the machines. Seeker, Hunter, Harvester and Tank. 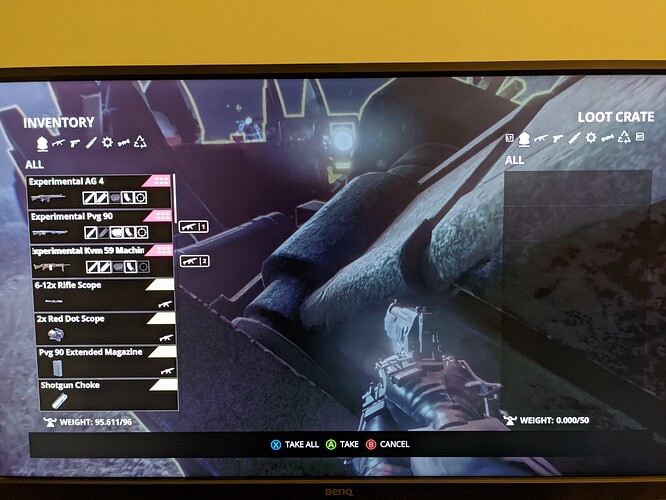 I took this photo. On the right hand side where the loot should be the loot box is completely blank this happens time and time again. I wonder if I should delete then reload the game again?

Thank you for responding. 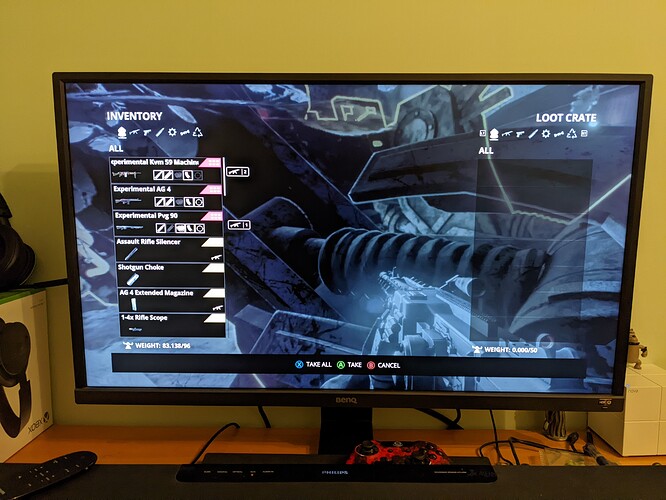 I knew this would happen. I’ve just killed my first Reaper and NO loot!!! Nothing!!!

What a complete waste of time.

Something I forgot to mention - this is happening in the Farmlands region. Because I was trying to get my first Reaper I spent virtually all my time there. I did spend 45 mins over in the Island Himfjall and it didn’t seem to be happening there.

Further to the above I only just purchased the American and Russian weapon packs. I don’t know if this has effected the game since I downloaded both weapon packs.

That’s very strange. The larger Machines should always drop some form of loot, their loot tables are not supposed to be completely empty. That goes especially for the Reaper. I am going to adjust the title a bit to & move this to #bug-reports, see if we can straighten this out.

Thank you for looking into this matter.

What I’m going to do today is deleting and re downloading the game without the US & Russian weapon packs and see how I get on. Also going to try more areas to see if they’ve been effected like the Farmlands have for me.

I don’t know if this if any good to the team that looks into these things but my Xbox User tag is Knotty Problem - appropriate here methinks.

I’d also try a random multiplayer lobby to see if that changes the drop.

Let’s see if we can figure this out…

If the above doesn’t help, what AliasDJA mentioned would definitely be interesting to test too;

I’d also try a random multiplayer lobby to see if that changes the drop.

Since you are getting this with all machines I am unsure if this is a case of the issue below, but I think it’s worth mentioning that we have a confirmed loot issue with some machines on the live game (See posts below for more detailed info).

As mentioned by Zesiir earlier, after seeing this report and looking closer we noticed an issue where the “static corpse” of the rocket launcher runners aren’t dropping any loot at all. The “ragdoll corpse” should however drop loot. (For performance reasons we switch out the ragdoll corpse for a static corpse after a while, typically after a set time when a player isn’t looking at the corpse OR when all players leave the area) We have entered this issue into our internal bug …

Good catch @gzbugs! This is apparently an issue with all Seeker classes, so we’ll look into fixing those too, most likely around the same time as we fix the same issue with the “rocket launcher runners”. Thanks for flagging, much appreciated!

Are all those bugs mentionned here limited to the console versions?

Those two loot issues with Runners and Seekers are present on all platforms.

Hi Thank you all for having a look at this. I’m on XSX and I don’t close the game down when I finish playing. I either just switch off the Xbox, or just move over and start playing a different game (loads downloaded on my Xbox).

What I’ve now done is delete the game and reinstalled without the US & Soviet weapons pack and it seems to be working for okay so far. I’ll give it a full day and then I’ll install one weapons pack at a time give that 24hrs and then reinstall the last weapons pack and hopefully it’ll stay all good this time.

So… We can expect the patch next year, right? (Not this year.)

Thanks for the quick reply earlier!

Right I’ve managed to get and destroy another Reaper - this time I did get rewards. However, as mentioned by others, 50-60% of runners have no loot.
I’ve just downloaded the Soviet weapons pack and I’ll see how that works out now.

I started playing this week, on Steam, and containers and downed enemies (I think they were all Runners) had a lot of loot. I’m playing on Skirmish, alone, connected to the Apex-network-thingy.

EDIT: I should also mention that I only own the two story-related DLCs. I don’t own the other ones which are cosmetics and weapons if I understood correctly.

Hi everyone. Unfortunately I have to report that I’m getting the same problems again. No loot from Runners, Hunters and now a Tank - all in the Farmlands region ( my favourite area).
I have all the DLCs and the weapon packs, but only have the US pack downloaded as it appeared with the Soviet weapon pack after a couple of days I would start to not receive loot from destroyed machines, so I ended up deleting the Soviet pack. However, the no loot problem has just started to return.
I’m play on line, but my game is set to invite only.

Hello. I’m reporting that loot creates from Runners, Hunters and Tanks are empty - all in the Farmlands region. It’s very frustrating because i love this game. Any advice as to why & how to fix it?

Looking earlier in the thread, are you planning single or multiplayer, or both? Are you running the game vanilla or do you have any dlc/all dlc? Are all dlc instead or have you uninstalled any of them? And which Xbox are you using?

All info you can provide will help the devs understand the problem better!

That said, feel your pain! Farmland is one of my favorite areas in the game…