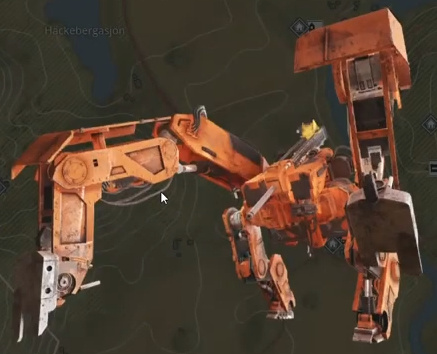 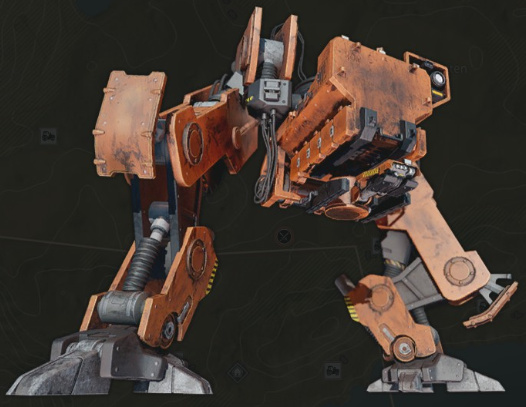 ROCKETS: after Rocket Explodes spawns a Fire Area where it hit on the ground and Burns 18 seconds long

MACHINE GUN: every 6 shot is a explosiv dart 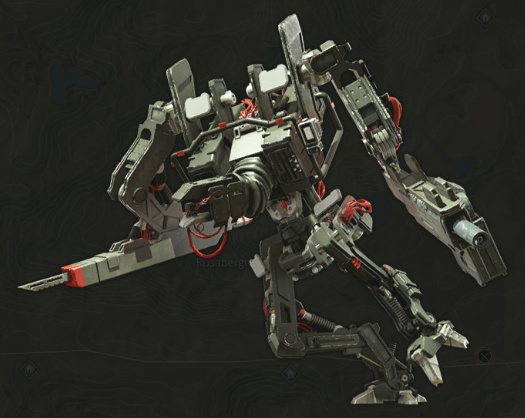 SNIPER: that not only shoots normal ammo but also traking darts

LAUNCHER: a launcher that also can shot ticks 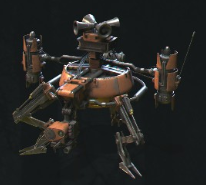 MOVEMENT: make them more likely to Dodge when under Fire

“WEAPONS”: give them the Ability to Drop Ticks

MARKING: when getting Markt by the Seeker all Robots have a Precision Boost by 25% (this effect can be stacked up to 50%) until the Seeker Dies 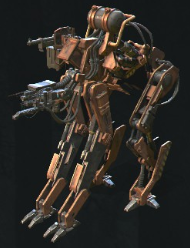 STRATEGY: make them Spawn in Groups from 2 up to 6 in one Group and Always 1 or all of them when they feel like it and they Roam in Different Formations

JUMP ATTACK: that grabs on to you and makes 5 damage per tick every second that he still sticks on you
HARBINGER: if Destroyed will Alert all near by Enemys in the yellow Detection phase

I’m so onboard with the Seekers, if the did it so the seekers gave the robots the stupid accuracy they got with the update, that would be a huge balance that could most definitely work

How is it better if you want to:

How about: if you upgrade all the machines…give the players updated skills or just tweak the FINX and apocalypse class instead of all classes of machines.

Which machines got upgraded? So far, only harv got a tweak, where it lost it’s runner guards but gained the ability to call in hunter pod airdrops.

In my opinion, that made harvs the threat they should be since before, you took out it’s runner guards and harv itself was mostly defenseless.

I don’t think people are happy with the stackable gas effects, rocket spam, unlimited visibility, teleporting & fast traveling machines, auto lock & fire or anything else that the devs will be walking back.

These are a bug in machine AI the latest update brought. If we take the AI bug away and reset the machine behaviour/abilities as they were before the April’20 update (except harv’s ability for hunter pod airdrops); is there anything to discuss about machine difficulty?

theres nothing you can to a gainst it

Yes, there is. All ranged weapons on machines are destructible and if you destroy harv’s rocket pod, it will not fire it’s rockets at you anymore. Also, harv’s weapon range is only 200m which you can use to your advantage since you can see machines up to 400m away.

the chance to get more Ammo (or Better Ammo) is needed

If you want better ammo, loot it from the world. Command bunkers are one of the great sources.

Can you explain me, why do you need to get your spent ammo directly back from the machine you just killed? Are you really trying to turn GZ into the looter-shooter?

i am also not trying Remove Classes or Diversity

Read your own suggestion again and tell me where do you see different machine classes? I’ve read it twice now and all i can see is just one machine class where each type of the machine has the same weapon load out.

Your ideas are fine for you but keep in mind that you don’t play GZ alone. There are a lot of other people who play GZ and don’t like GZ being turned into something that you alone would enjoy, while others suffer from it.

Which machines got upgraded? So far, only harv got a tweak, where it lost it’s runner guards but gained the ability to call in hunter pod airdrops.

What game have you been playing? You haven’t encountered the: teleporting dogs & hunters, insta lock, missile spam, fields of stackable gas clouds, increased capibility from all the machines, snitch-bots calling in an entire grid square of reinforcements?

These are a bug in machine AI the latest update brought.

I’ll reserve my judgement till after the fix.

Also, harv’s weapon range is only 200m which you can use to your advantage since you can see machines up to 400m away.

Meanwhile, you are Dodging hunter parties dropping out of the sky & gas. Mind you your skills & equipment do little to protect you. Or the hunters with their compression rifles 3k range.

Only to repeat the process even after you drop the harv.

If you want better ammo, loot it from the world. Command bunkers are one of the great sources

Wow that’s a snarky reply…
Allow me to retort: after seeing loot & ammo tables drop, skills drop in quality, spending 30 minutes to loot a bunker only to burn through the equipment in 1 firefight isn’t cost effective or fun.

There are a lot of other people who play GZ and don’t like GZ being turned into something that you alone would enjoy, while others suffer from it.

Seems like a number of players are not happy with the game now. We will always have dev defenders, complainers and people that are mixed.

Right now it’s a fun game but crawling with bugs. The concept of beta testing can win back many of the veteran players & attract new players

It’s sensible to say, there are both features concerning enemy AI, and bugs concerning the enemy AI, that seems to be the main beef people are having with the game right now. No-one’s denying that.

The Machine Behaviour post April 2020 update thread is better suited for that discussion than this one.

I see a guy who’s had his ass kicked in Sweden and wants to re-write the manual to suit his own playstyle.

It’s good to theorise though, but alas - falls on deaf ears.