Across the map, you can find all sorts of interesting locations, and it’s often up to you to figure out or imagine what they are, or what has happened there.

Do you have any good examples of such locations?

I’ll start with a location I found on Himfjäll last night.
Do any of you have an idea what these small concrete boxes/bunkers are for? 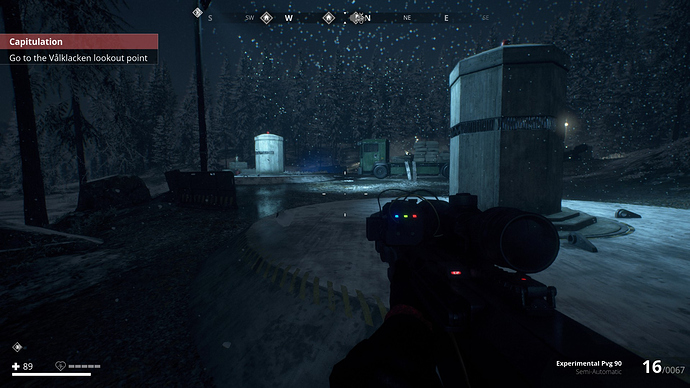 My guess would be observation pillboxes as they only fit 1 person???

Maybe, but to observe what? Squirrels in the trees?

I wondered if maybe they were elevators. Close by is a similar concrete platform, but there’s only a closed hatch or some kind of lid where the pillboxes stand on these two.

Haven’t seen any real in many years but your guess is correct!

It’s 1-person pillboxes and every one I seen is probably dated to 1910-1930-ish. Or even older…
Common as external observation positions with a small bunker/pillboxes around larger military bunkers, defense facilities and old defensible objects such as factories. Probably 20-25 years since I ran on one.

Idea of elevator is a close guess too, because everyone I seen the inside of has a hatch with a ladder down, then a little tunnel toa small bunker with some pillboxes around, all in concret engulfed in mountains and cliffs. And that was also the place for the rest of the guard force to stay waiting on thiers guard pass in the lookout pillbox.

Has anyone tried fighting from one?

Hunters have a way of ruining your day.

I jumped into one of those pillboxes, thinking I could snipe some Runners from it. Out of the forest comes a pack of Hunters, deciding to cook me alive inside that tiny casserole-shaped box with their flamers.

So ducking doesn’t help? I wondered. I hate Hunters.

Yes, and it’s a fail if you’ aren’t a dwarf or relative close to be.

Also tried a grenade, my co-op friend tok almost the same damage just outside the pillbox!

A grenade in an enclosed space, behind a grille? You may not have understood the propeer use of a grenade…

Everything I do is for science…?

to the right of the entrance gate I found this. Not sure how long it’s been there but it’s the first time i’ve discovered it. 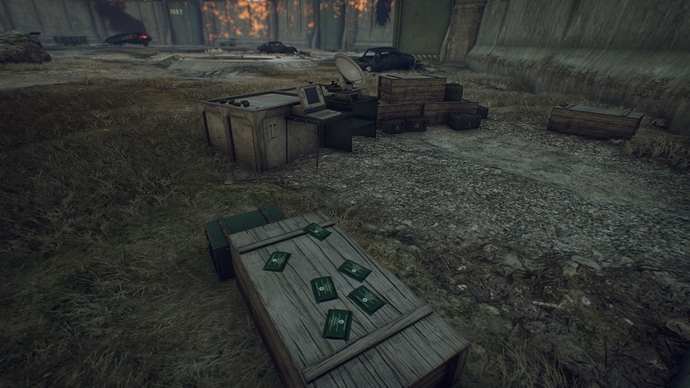 [edit] If you own the Alpine Unrest dlc and have visited FOA 4 then you know how this connects.

Not sure how long it’s been there but it’s the first time i’ve discovered it.

It has been there since the launch of GZ.

Here’s one of my older screens, taken in 11th of June 2019 (note the Holy Hand Grenades on screen): 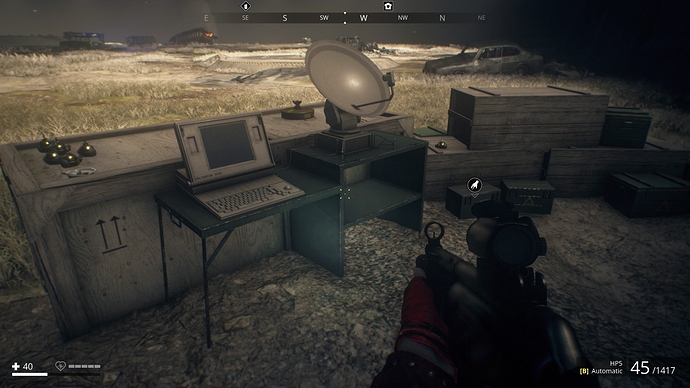 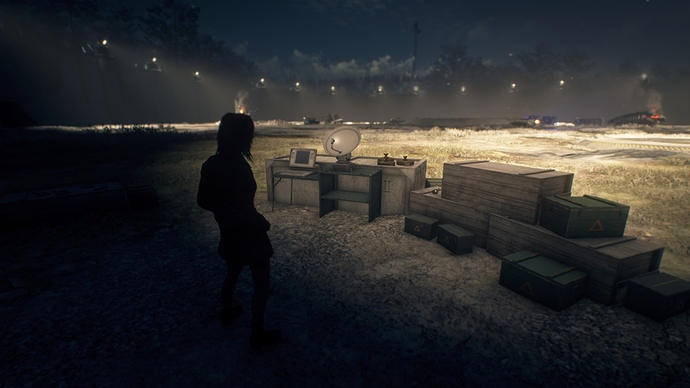 It has been there since the launch of GZ.

Not since launch, it was mysteriously added during the April 2019 Update. I made a topic about it. We got no word or anything, just went from an empty field to bam, huge concrete facility. And the devs still refuse to mention any talk about it

Anyone else discovered this?
It has a very interesting shed inside 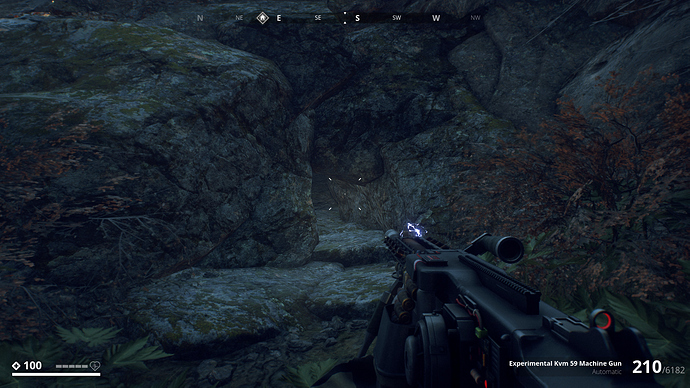 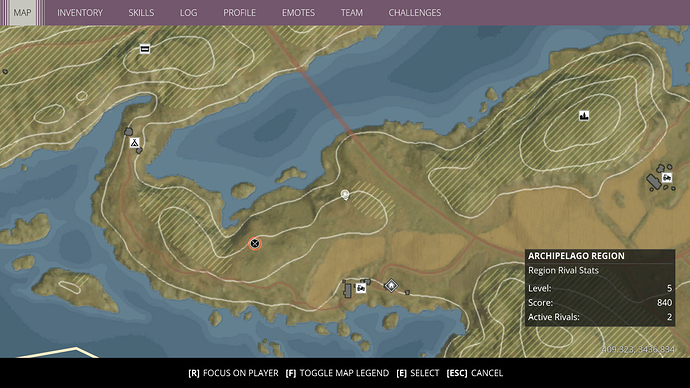 Some of the recent updates caused strange things to appear in the map, like Bunker 666, the destroyed house in the field, the apocalypse truck, etc., so in case there’s something like that in the April update, it can be collected here.

Merged topics, this thread seems like the appropriate place for all additions, new and strange.

Not a new “location” update,but now some Prototype Hunters have a gas grenade launcher attached to them (just like military class), pretty awesome in my opinion.
Another change, at least for the PS4 bullet impact can now be seen at a distance of at least 400 or more meters, before it was like 100 or 180 i think?.
The new update just needs combat balance because the game is still improving

So I’m guessing this piston slowly pumping out gas is the source of the fog in the South Coast region.

An interesting addition to the map, although I think the amount of mist might be a tad aggressive. 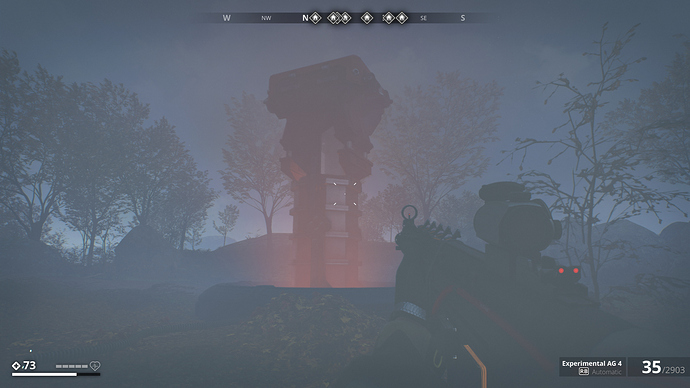 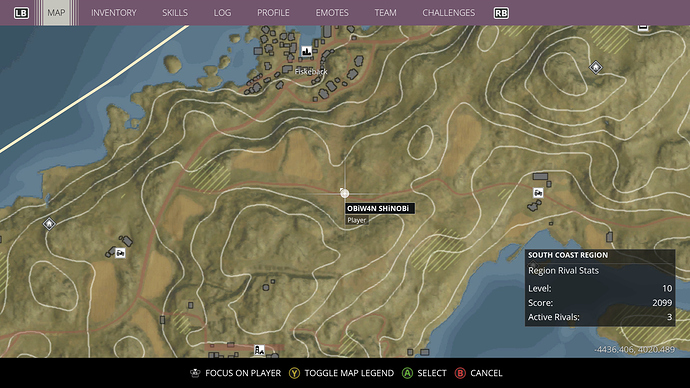 perhaps that has something to do with the extreme fog?