Letter from the Team - June 3rd 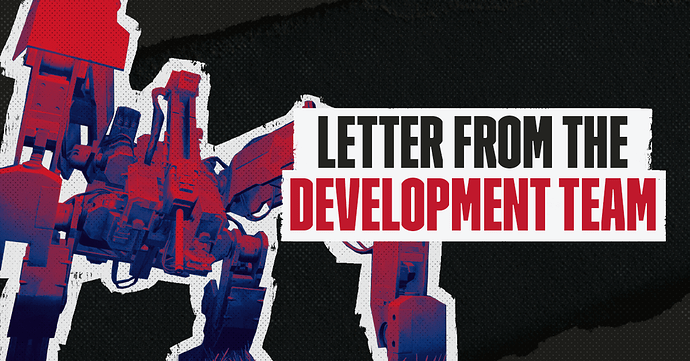 This week is a shorter update on the current discussion around the ongoing issues with the Xbox launch of the Resistance Update, but we also have more to share of what’s to come!

As many of you know, the release of the Resistance Update is currently split shipped, with our Xbox community waiting patiently for it to hit the platform. We’ve been hard at work addressing those issues these past two weeks and have submitted another round of certification.

We have some preliminary results back and are actively working with Microsoft to assess those. We will know more in the coming week, as we don’t have a definitive result just yet. It is not the answer we were hoping to share this week, but it is, unfortunately, the one we have at this given moment.

Now that we’ve covered the “here and now,” we do want to continue on our promise of sharing more of what’s to come! We previously showed the early phases of the G79 Grenade launcher some weeks back, which has come along quite nicely. That’s not the only weapon in-store; we have two more that are nearly ready to be dropped into Östertörn and loaded into your arsenal.

The COM-10 SMG - This little package packs quite the punch, and you will even be able to creep up on unsuspecting robots with its attachments. 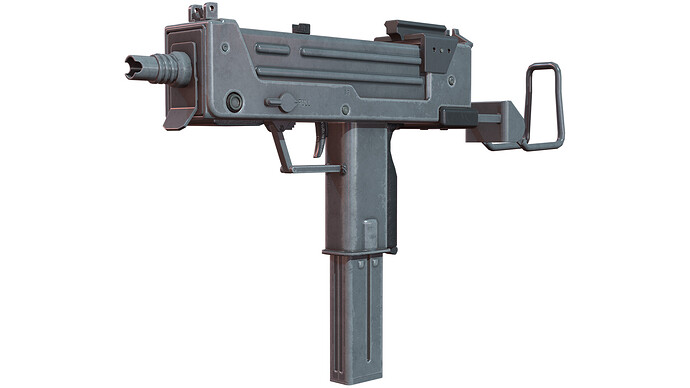 The S21 is also coming! This marksman rifle has been a staple of the military for some decades already, and it will likely be a staple in your loadout to fight back. 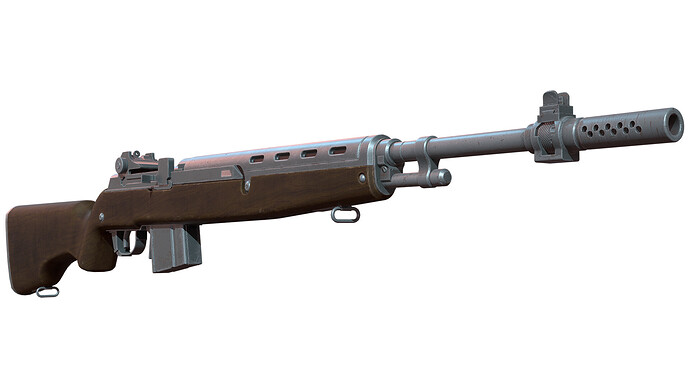 We’re looking forward to sharing more with you before the summer hits in full swing, so stay tuned to all our channels. These have been bite-size so far, but we are zeroing in more and more on a broader roadmap that we can share with you all.

I think they might be added directly in game @Aesyle, at least, that’s what it seems like.
Is there a set release date or at least a general release date?
Looking good Devs!

I think that after those new weapons arrive we can finally say that we have weapons for every possible taste!
Keep the good work team.

Great new weapons. I think they are a good addition to the game. And thank you very kuch for sharing your plans with us.

I have two questions.

but we are zeroing in more

Do you also change the zeroing of our sniper rifles? I would really like to have all my guns zeroed to 0 or 50m. It would eliminate the issue with the reversed bullet drop. Or at least add the distance the guns are zeroed into their descriptions.

Will you add larger magazine for our current sniper rifles? 4 and 5 shots are really few.

some more weapons to play with

Another two weapons I love to check out.

Hard to be excited about new guns, when the information about when the last update for Xbox is “we will know more next week”. To me that sounds very much like “end of the month”.

Oh yes. I tried the Kotenok Sniper Rifle (4*) yesterday for the first time and it takes 2 direct shots to the fuel cell of a proto Runner in order to destroy it… and it’s not easy when the bullet spread is so high that I miss most of the time (seriously, even from 50m with a 4-8x scope it’s a game of chance).

Will you add larger magazine for our current sniper rifles? 4 and 5 shots are really few.

Those are civilian hunting rifles. There’s no practical and likely no legal reason for extended mags, though.

Oh yes. I tried the Kotenok Sniper Rifle (4*) yesterday for the first time and it takes 2 direct shots to the fuel cell of a proto Runner in order to destroy it… and it’s not easy when the bullet spread is so high that I miss most of the time (seriously, even from 50m with a 4-8x scope it’s a game of chance).

It’s actually accurate. Not as good as hunting rifles, but definitely beats 7.62 assault rifles. It’s problem is weird, hard to nail, zero and drop (latter, for some reason, is worse than for ARs/LMGs, which is strange).

It would be nice if the SMG actually went into the Handgun category, as it is a 1-handed SMG after all.

And I really hope the new rifle will finally be one to fill the gap between the Älgstudsare and the PVG in the Hunting/Sniper rifle category… The name S21 suggests it’s based on the M21, and not the M14. (M21 is an M14 selected for accuracy and used as a sniper rifle.) However, it is a 7.62 NATO caliber IRL, same as the AG4, so it may fall into the same category as the Kotenok after all.

IMO, there should be a 7.62 sniper rifle type of ammo (same as with 9mm SMG/pistol.) This ammo would be as rare as the other sniper ammos, and fit the Kotenok and the S21.

If you plan on hitting anything with that smg you Will use two hands. It looks cool with one hand but it’s not the way it’s intended to be used. It’s just compact.

I know that… Speaking of realism, is it any easier to fire the KVM 59 from the shoulder, standing up?

You will also use the sledge hammer with two hands

If you plan on hitting anything with that smg you Will use two hands. It looks cool with one hand but it’s not the way it’s intended to be used. It’s just compact.

FYI, PP is also shot with two hands grip. Thing is, how that grip will look like on M10 - standart “pistol” or “left hand on handguard”. Latter one is more fit for Uzi, since it does have a handguard. MACs are seen with small leather/textile sling as foregrip.

I know that… Speaking of realism, is it any easier to fire the KVM 59 from the shoulder, standing up?

In terms of managing recoil - people say it is. Due heavier gun/impulse ratio.

I don’t use melee weapons. No need when there is almost unlimited ammo.

Very interesting read for all my XBOX family 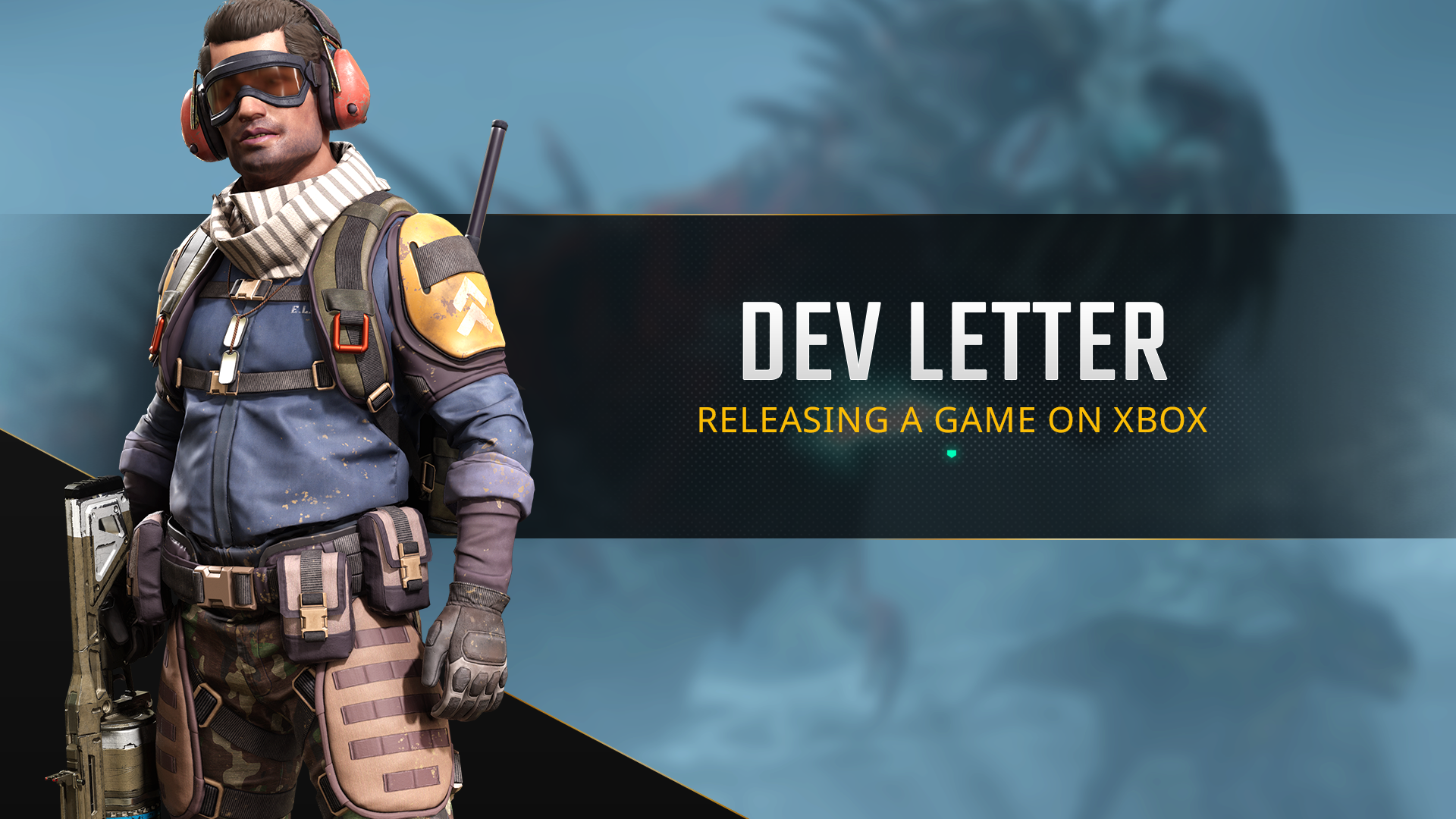 Hey peeps, Julius, Associate Producer, here! Nice to meet you! I’m the producer taking care of our console-related work, and I wanted to talk to you today about what it takes to bring a game to Xbox. First, we have to make our game run on a...

They’re going to be available in a weapons pack like the ones you’ve seen before and the COM-10 will be equipped as a primary!

I’m keeping the line of buying everything Avalanche throws at us, but I have a strong feeling that the exp AG4 and exp Pvg90 will still keep my two weapon slots occupied and I merely just test the new weapons for few mags worth and ditch them to plundra with all the other “collectibles”.
Last weapon DLC felt cool, but the usability is still way lower than those two mentioned before and I see no value whatever to keep using the new guns. Novelty has rarely put down machines.