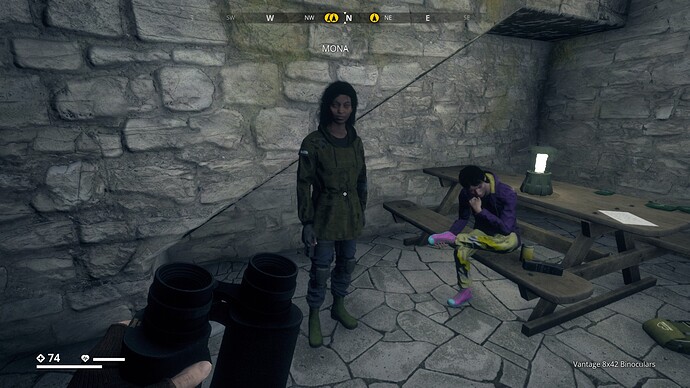 Tylöveden Resistance Side-mission “Death from Above”

Mona: Hello, this is Mona Jonsson, part of the Tylöveden Resistance. Did you say that you found a tracking device on one of those flying Soviet machines?

Mona: Thank you! This is the first piece of news we have of what’s happening over there. Our scouts have… not been coming back from the North Coast lately…

Mona: We need to follow this lead. It’ll take me some time to catch up with you though, so be careful, okay? Death to the machines!

- Find where the data on the tracking device is received.

Mona: Well, that strange. Soviet equipment inside a FNIX camp?

Mona: Oooh, wait! I heard someone talking about a Soviet Captain (Tatiana) who’s working with the FNIX machines. Could this be her place? Don’t let your guard down.

- A Soviet computer in a FNIX port.

Mona: Shit, they’re sending more of those… firebirds here? No, we cannot let them establish a base in Hagaboda. These machines can crush us.

- Reach the planned landing point for the arriving Firebird reinforcements.

Mona: I’m too far away to make it in time. So i’m gonna have to count on you now, okay? They say that you handle a gun like no one else. You can do this.

Mona: You actually did it. It wasn’t too much for you, after all. It’s all good, you’re fine, you’re fine.

Mona: Okay, why don’t you come over, I brought something for you.

Mona: There you are! It’s so nice to meet you. That was some impressive work you did. The stories about you didn’t lie.

Mona: I’m thinking that me and Anna will stay here for a bit and keep an eye out. But you keep on moving, we need you out there. Death to the machines! 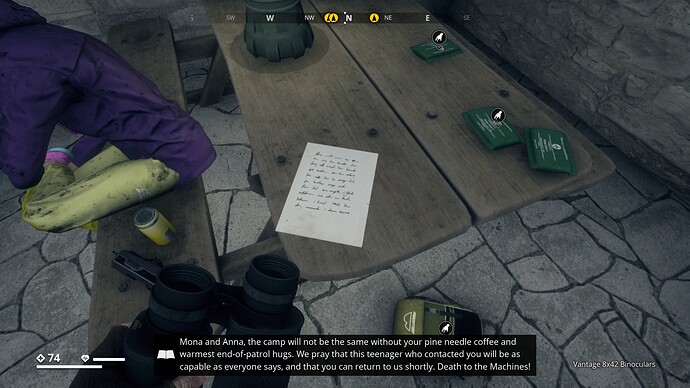 Mona and Anna, the camp will not be the same without your pine needle coffee and warmest end-of-patrol hugs. We pray that this teenager who contacted you will be as capable as everyone says, and that you can return to us shortly. Death to the Machines!

part of the Tylöveden Resistance

That’s interesting. She is not just talking about “the resistance”. Maybe a sign of different groups/factions to interact with in future?

She is not just talking about “the resistance”.

There are different groups who all are part of Swedish resistance movement against the agressor. We have*:

*all this is mostly conjecture and may need adjustmenting.