Is it okay to headcanon that my character had a hostile encounter with the Russians wherein she killed a squad of them?

Though, we still don’t know exact “lore politics” of GZ. For example FallOut verse had SU up until Nuclear-pocalypse in 2077.

Well i think that some of the soviet commanders maybe saw recistance fighters as bandits or scavengers and gave orders to open fire on them while on other places they could talk instead of fighting each other. And as i already said i think they are here to like loot östertörn of weapons and robots so they could build there own. And we swedes did not like the russians in the 80s and that is maybe the reason why they did fire opon the recistance, all of the survivors hasnt been to the locations the player have, so that means that they maybe dont know that the machines was built in sweden, they maybe see the machines and the russians like there are on the same side. Sorry for bad english is swedish

I love what you did there. I think any one of those scenarios could be a great DLC playthrough.

Given everything at the time I would say Russia banded up with NATO and helped as they had ready attack fleets, and as you stated FNIX saw it as a Russian invasion and death with things accordingly. I would say if that were the case the resistance had some interaction and that interaction would be the entire plot line to explain the back story to all the troops. 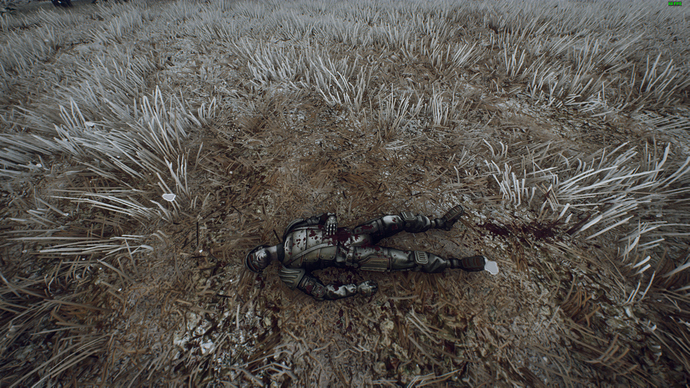 It looks similar to the FOA suit.

It does. Me and others had discussed that about it in the new locations thread. Obviously this one is less of just an exo suit, and more armor. But still similar. Also looks similar to the IRL Russian Ratnik suit.

As I read this tread I let my train of thoughts loose and came up with the idea of a triangle drama between the resistance, soviet and NATO.
Sweden, even though its a small neutral country, has been advanced in technology and weapon making.
While the world watches the machine invation in Sweden, NATO and Soviet offers to aid and sees their chance to go in and collect this new technology that can cause so much destruction. Hoping their scientists can tame it.

Sweden is allies with NATO but not a member so it wouldn’t be that hard for NATO to backstab Sweden, especially if they can go in, grab the Intel they need, pull back and nuke the place saying it was too out of control. If they get the technology, they could deal with soveit later.
Soviet has the same interest. They are not there to “save” Sweden.

Small neutral country? we had the worlds 4th largest airforce in the 80s we could mobilize almost 600 000 military personel, and we had a very big plan called totalförsvar (totaldefence) that had plans how we could defend ourselvs with both military and civilian forces. and sweden has always been a rich european country, we spend som much money in the cold war so that we built machines in the world of generation zero is not suprising, it is suprising that they made them work but not wired that they started such project. and i dont think that the us whould just go in to a bit of swedish land and just take what they want, we are a pretty strong country so we whould stop them, same for the soviets.

I meant small in comparison to Soviet and the US.
I’m not arguing with you, Sweden could very much defend themselves.
But in the game world I can totally imagine a cloak and dagger plot both from Soviet and NATO. Posing as allies but are present for a hidden agenda.