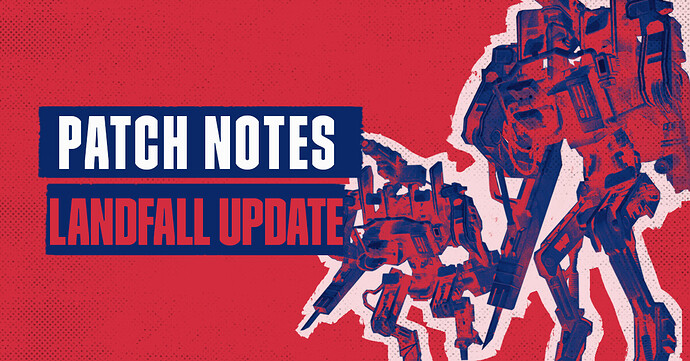 The Landfall Update has finally arrived! The first update in some time, and there’s quite a lot that went into this one too. Not only have we added plenty for everyone to enjoy for free, we also squashed quite a few bugs (both new and old) to get this update to you all.

This is the first time since its release that Generation Zero has new enemies arriving to the skirmishes in Östertörn. The Soviet faction has become much more tangible this month as they bring two new machines into the fray. How did they arrive exactly? Why did they cross the waters to Sweden? They don’t seem to be focused only on you and your allies, why is that? You will have to go into enemy territory to find out…

In the meantime, we can have a look into what’s arriving in Östertörn for the Landfall Update:

For those of you starting up new characters or just landing in the world of Generation Zero for the first time, you’ll notice there is a new intro movie that takes over the rolling text at the start of the game. For the veterans of Östertörn who dare venture into more dangerous regions, new machines are here to freshen up your fights!

The Wolf is somewhat of a hybrid machine. It transports smaller units to deploy on the battlefield, but also packs its own punch depending on which model you come across in the field. There are three different classes to fight and plenty of new weak points to find.

The Lynx might be small, but it’s still quite formidable. Its agile design allows for it to be effective in nearly every terrain it comes across, and its speed can catch up with you quickly. So be careful when on the retreat with this one as they have quite the bite if they get close.

We continue our efforts with location revamps to spice up the base game for everyone to enjoy. This time around we had two targets: Southern Forest Region & Marshlands (Partial). Here is a sneak peek at some of the work done in those areas:

With these revamps also come new Collectibles in the southern part of the Forest Region. The backstories attached expand on Resistance activities in the region and some of the mysteries found within the world as a whole. There are also new collectibles in the Marshlands Region, which could shed some light on the Soviet arrival…

The Weapon Wheel has finally arrived with the Landfall Update as well!

We heard a lot of the feedback out there, and found this to be the best solution to address as many of the players’ needs as we could reach. With this new way to navigate loadouts you’re no longer restricted to 3 weapons at a time! You can mix and match as you see fit, bringing new strategies to any skirmish out there.

We’ve made quite a few additions to the overall arsenal this past year, with more to come in 2022. So, we found it best to finally address the capacity of your Plundra storage, as well as the Recycling Bench. With the debut of the Landfall Update, you will be able to expand your storage to your growing needs with up to 5 additional levels for each container!

There are some additional improvements to help newer players navigate game systems early on:

For the explorers out there, you’ll also notice some improvements in the world to help in the Resistance efforts. Wood is now harvestable in places you would expect to find it. For example, you’ll find this sapling when running through forested areas.

1600×850
This is the first step we’re taking to iterate on materials you find in the world. There will be more to come!

For those of you using your situational awareness to help turn the tides of battle, you’ll find there are more aptly tagged objects in the world. EMPs and Explosives can be triggered with these world items. While these are not exactly new, they are aimed at helping new players understand how to use the environment to their advantage more directly:

With a new iteration of the Base Defense missions, we also have some new, free buildings to go with it (Some of you might recognize these from past Dev Letters)! These should give everyone a more versatile approach to their Resistance defenses

New buildings aren’t the only thing that is coming to the Base Defense experience, Base Defense missions have new iterations as well! The waves of machines that attack now have much more variability. You’re also able to skip over preparation timers if you’re ready at a moment’s notice! We’ve also been observing various points of feedback about Base Defense, and have made the latter difficulties more challenging.

Not only has there been quite a few additions to the base game of Generation Zero with the Landfall Update. This is also the debut of a larger DLC we’ve had planned for a while now, one that will help you fend off Machine attacks against everything you’ve built in defense of Östertörn.

With the Landfall update, we also released the Base Defense Pack, which contains a bunch of new ways to defend your bases. This includes: Missile turrets, spiked walls, spiked floors, explosive barrels, human decoys, and sandbag shooting positions.

OMG! THE RADIAL MENU IS AWESOME!

YOU ALSO FIXED… You also fixed the gamepad controls for crouching!

Honestly, that’s all that matter to me. I want a polished experience above all.

Next, bring us Zach Zebrowski so we can ask a ton of questions about the game, like the map revamp (Why? How? What?), the state of the game, the state of development, etc.

You can’t expect us to invest time (and definitely money) on something that is shifting. Don’t make a No Man’s Sky, please.

Thanks for all the hard work, am keeping the mystery so passed on all the machine info, am having trouble selecting more than 4 options on weapons wheel can only get 4 to work on console, but look forward to exploring and discovering the new invasion , great work all

I think the old text-based intro card was good enough and was effective because it let the player imagine stuff in their own head. Now, we have those pictures in our head about some kind of resistance. (I get that it’s the point though…)

The “weird” part comes from the fact that there’s this shot where the text is “You don’t know what fired; or why”, yet the entire shot shows a robot.

Like… Do we know, or don’t? I really raised an eyebrow when I saw that shot.

I guess the “disruptive” part is also because the addition of this intro sequence kinda puts in our face that the storytelling (and probably the story itself) was not finished when you shipped the game… By showing us the militia guarding a church in one of the shots, you are truly giving people new information that wasn’t shared before in the intro. I hate it when games ship incomplete story or unfinished storytelling mechanics only to make changes later.

More devs should do like Coffee Stain Studios is doing with Satisfactory and pledge to ship their story only once its ready and final.

Still… That’s only an opinion about the storytelling, and I already told you how happy I am about the UX and UI changes.

Where are my animals?

6 posts were merged into an existing topic: Sub-thread: Radial Wheel

A post was merged into an existing topic: Sub-thread: Radial Wheel

Feedback thread about the Radial Wheel can be found right here.

A post was merged into an existing topic: Sub-thread: Radial Wheel

Nah just me being stupid worked it out now

@GhostMJ it sure would be nice having these weapons in Call of the Wild! But don’t you think every varm-blooded animal with a pulse would have been wiped out by the robots gone wild? Animals like foxes, rabits and birds could have escaped perhaps.

Thank you, DEVs, so much for getting these updates out. I know you guys take a lot of heat when things don’t go right, but I have really enjoyed playing today. Again, Thank you for your efforts.

First impression from a couple of hours solo and MP - a nice surprise!

More added details and a few changes makes a fresh start learning a SafeHouse area again. Trucks got interior details, nice touch! Good 5-star items dropped from Russian Tanks, with these drops and Plundra upgrade option it makes sense creating an extra character with spare weapons to use for it (and extra characters = extra storage once carry capacity skills added).

I am a bit sceptical to the BB-8 choice (yes there are yellow ones), those things have to jump quite a bit when firing anything and get less accuracy with heavy artillery. Adding that extra detail would give them more realistic behaviour and seem less incredible like a visit from a parallel future war. A Russian Iron Man from alternate Marvel time line comes next or what?

Small bugs noticed but one major easy to fix is that the press R-key to invite friends to MP in PC/Steam is missing! I was like, hey how did I invite a friend, are MP disabled now?

I missed the video… Maybe I wasnt paying attention when it played? When is it supposed to play?

Small bugs noticed but one major easy to fix is that the press R-key to invite friends to MP in PC/Steam is missing! I was like, hey how did I invite a friend, are MP disabled now?

It only loads when the player has no existing save. 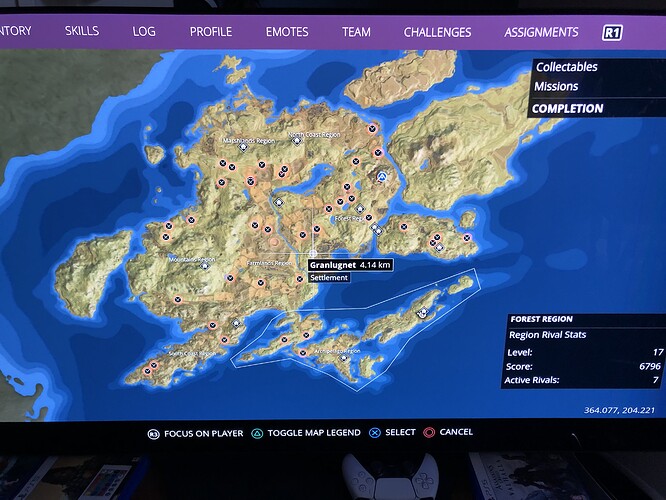 Logged on this morning half my safe houses have vanished, not sure where to post this?
I am game end completed everything apart from Landfall ! Anyone else had this ?

Why are you do you want animals? You have written this in two threads already

I think that was a joke.