This is the new topic. Please can you move the Photos that i posted. Pherhaps others have also good ideas. 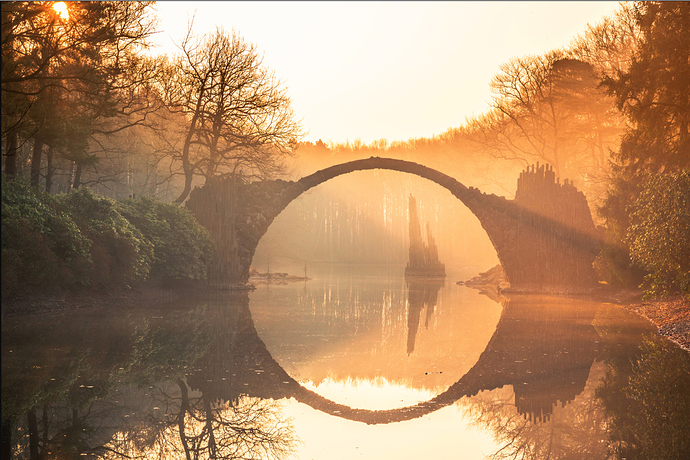 Isn’t that not a nice, mystically location. She real exists and is called the Devils Bridge at Kromlau, Germany.
Pherhaps an idea for a new location in upcoming DLC’s ?

What do you mean?

That would be nice. Especially if you need to be there at noon to see the magical effect.

Yes, i think also. And it would be magical seeing it in the shimmering moonlight

Perhaps it could be a mystical, mythical bridge that has something to do with the Norse gods?

Even though that wouldn’t necessarily fit well with the setting.

That is a good idea to make it related to sweden. The stone in the background could be a hiding for a special 6* weapon. 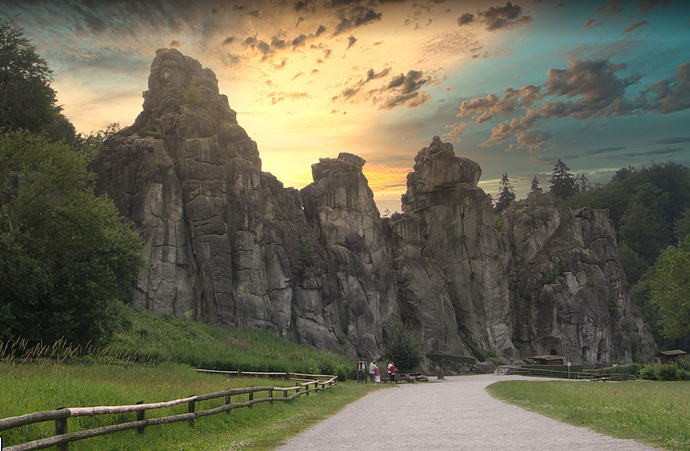 Another mystical location that could belong to sweden. This are the Externrocks (german: Externsteine)

It is a real existing place close to the german town Detmold. It is an ancient Cult Place.
They have little Caves so it could be pherhaps a mystical place for getting something special or it is a place for a resistance camp.

Ain’t nature wonderful. So many beautiful locations. I sure would like more locations to explore and discover. 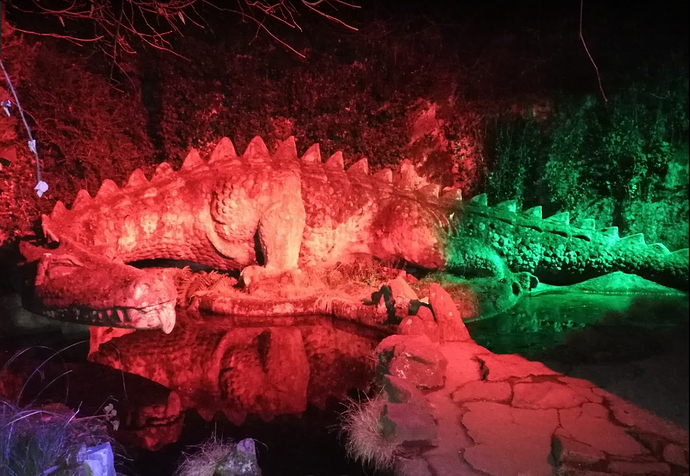 And this is the Dragon Fafnir that was slaughtered by Sigfrid at Dragonrock (germ: Drachenfels)
Another real existing place in Germany.
Fafnir is 15 m long and lurkes at the very end of the real existing Dragon Cave.

Such cave could belong to Östertörn too, because of the mystically Sweden. It could be a cave that is guardet by flamethrowers and you gain a special thing when you overwhelm them.

Because you can bathe in the little sea at his feet and you became less vulnerable. 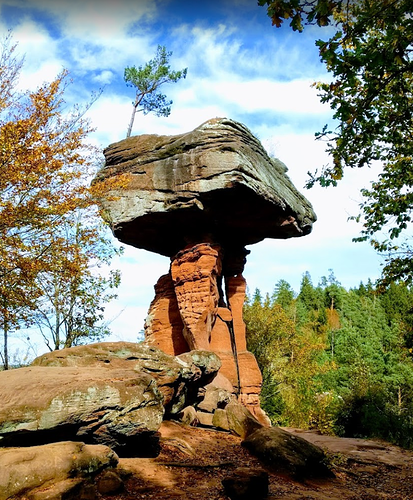 Another mystically place.
This is the Devils Table (germ Teufelstisch) it is a real existing place close to the german town Kaiserslautern.
I think this could be wonderfull fit into the mountan region of Östertörn. A place you have to fight with the devils and gain some special things.

@Xezr
Thank you very much

Anybody else think there needs to be missle silos as a location in this game? Anyone?

I like the idea, but did Sweden have any missile silos? i think not, only mobile and static anti air defenses…but…it´s an alternate timeline…so Sweden could have missile silos indeed

FOA 2 has what appears to be missile silos, which could be the reason why its stationed by an artillery base. Either that or FOA 2 is just a massive underground storage/engineering facility for the machines and the silos are elevators to transport to the surface, which, in this case, is a giant helipad.

I can’t fully agree to it being missile silos, because of just how many elements there on surface show this sort of testing area. I still think it is somewhat a testing area, but I could understand the possibility for it being a missile silo. For storage and manufacturing, there’s already plenty of those bunkers around, so I don’t know why it wouldn’t be anything else, except this area for a lab. Maybe under there is where FNIX is now able to create blueprints, which leads to explaining more about the appearance of apocalypse blueprints. Then again, those blueprints might as well just be the last batch of blueprints made by the Swedish Army request, rather than FNIX AI having to do anything with it.

Game-wise, wish it were a dungeon that goes in to these really open halls and tight corridors and you could sort-of co-op. I remember when someone expressed it maybe being a dungeon and I can’t shake that idea now.

there needs to be missle silos as a location

Though, when it comes to the POIs, i’d like to see hospital and/or clinics since in the entire world of GZ, there is not a single health care facility, while there are plenty of military facilities.

There is obviously a need for missile silos!