Wildlife please (please was just for the required 15 characters)

I think that this could play an important role in the game. Wildlife. It may take a long time making the animals but they could be an important piece in the game. Like maybe a pack of wolfs wanders into a human vs. robot fight and they could serve as a minor distraction or attack either side. Not that you need to do this but I was just thinking…

Well, small Wildlife might be okay, but large animals like Wolfs I think would have targeted by Robots mistaking them for Humans. And I don’t think Wolfs can puncture metal as well as a good placed bullet.

If you feel the need to hunt animals, Avalanche have made an excellent hunting simulator called The Hunter: Call of the Wild. But I don’t think major wildlife like deer or moose would fit into this game, due to the additional engine constraints and conflicting AI.

I’m assuming you mean something like running into a pack of wolves on DayZ. It can be terrifying and intense. I think it’s a great idea. All of the comments about Call of the Wild are becoming more and more cancerous. We get it. They made a hunting simulator. Congrats on pointing that out.

Hunting games aren’t the only games to contain animals. Actually, most open world games similar to this one do. Does it mean that they have to put it in their game? No, it doesn’t. Regardless, some of us would like to see more diversity implemented into the game. Avalanche adding more props to a bland world only helps a little bit, It doesn’t give this game enough life to keep people engaged.

Why don’t you add wild life

That implies more complex survival that it already is in the game. That too was explained by the devs in one of the dev streams, at 00:45:43, link: https://www.twitch.tv/videos/523152516?filter=archives&sort=time

Also, there’s a topic about in in the forums: More complex survival

Btw, your whole idea sounds very similar to DayZ, which you can give a go, if you like that kind of survival games.

There is wild life in the game - birds. And apparently we have watch out for Moose. 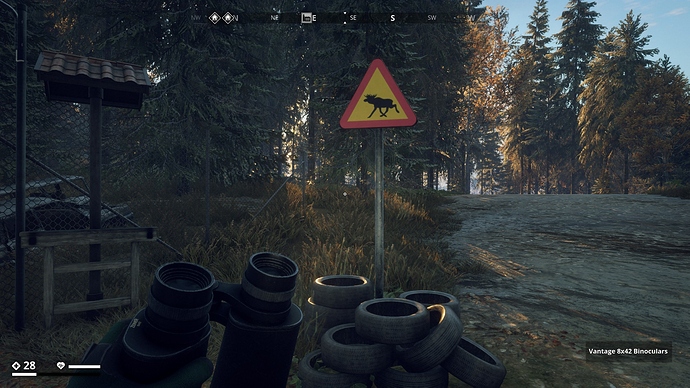 Part of me would like to see more wildlife but another does not. I guess it depends on the purpose.

I would not like animals added for the sake of hunting and/or harvesting in any way and this is for a few reasons. The first reason is that the setting of the game doesn’t really align with that kind of survival. This robot apoc scenario has happened recently. If it happened decades ago, it might be a different story. There are so many houses and bunkers, I imagine the character finds loads of things to eat and drink. Although we do not sleep, I imagine this happens if the character needs it as well. There is no logical reason why the character would feel the need to hunt for food or to start tanning hides or even to start making tools and weapons out of wood and rocks. The second reason I would not like this kind of survival in this game is that so many other games have it. I probably own a good dozen games I can play if I want that kind of game. The third reason is that any games that I have played with similar survival mechanics, this is the basic foundation of that game. You do it when you play on day one and you do it on your last day playing even well after you’ve mastered it. It quickly turns into a tedious chore that never ends. I prefer the basic foundation of survival in this game being simply to kill robots.

What I think would be cool is if sometimes you sneak up on a flock of birds and they all fly away making noise at the same time, drawing attention to you when you are trying to be stealthy. Otherwise, I wouldn’t mind seeing things in the game that are there minimally, just for the sake of immersion. Maybe you catch a glimpse of a squirrel or something scurrying up a tree. Maybe you could only see larger animals through a scope in the distance and if you try to shoot at them or get closer, they just run out of sight. Just fluff for the sake of it if game resources allow it, but absolutely not needed in the game for me.