I created this topic where people can report game crashes on Xbox platform, after the newly released hotfix which updated the game to version 1.0.11.26.

Getting game crashes on your Xbox? Just copy/paste the below form and fill the blanks:

Players in your game:

Filling out the above form helps devs to better gather info on the current crashes and fix them as well.

Also, this topic serves as a collective topic as well, where all other past, present and future topics, that are reporting crashes on Xbox, in one form or another, get merged into this one.

1st update from the devs:

and thanks a bunch for all the reports you’ve been submitting here! We’re looking into what might cause these crashes and hope to have an update on the matter soon. Will keep you all posted!

Have a great one!

2nd update from the devs: 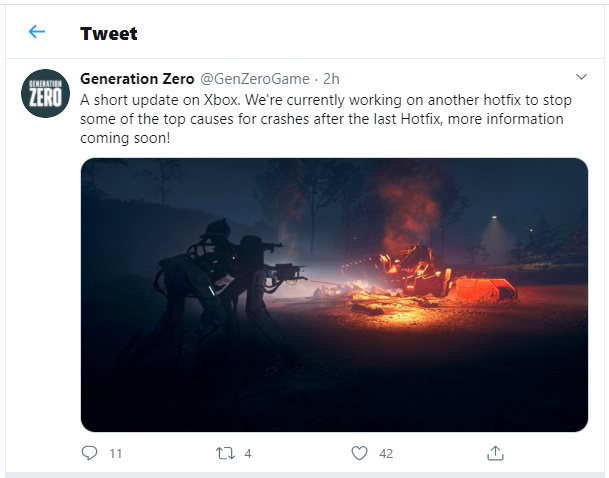 3rd update from the devs: 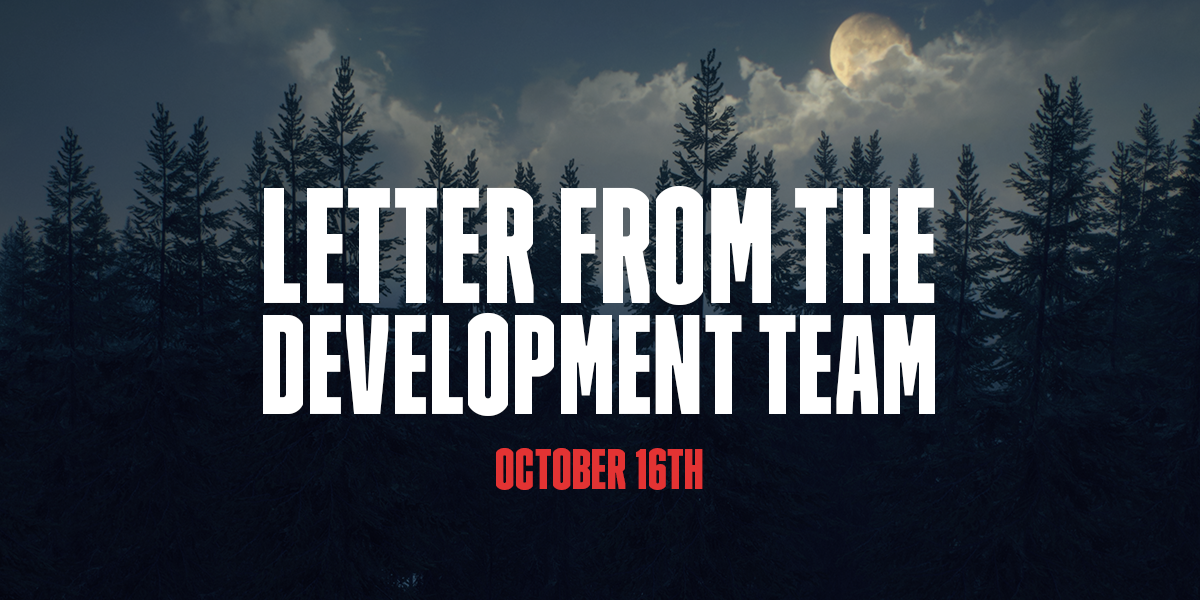 Hello and welcome to another update, everyone! Alright, jumping in. We missed some crashes with our Xbox Hotfix. When we tested it, there were some…

4th update from the devs: 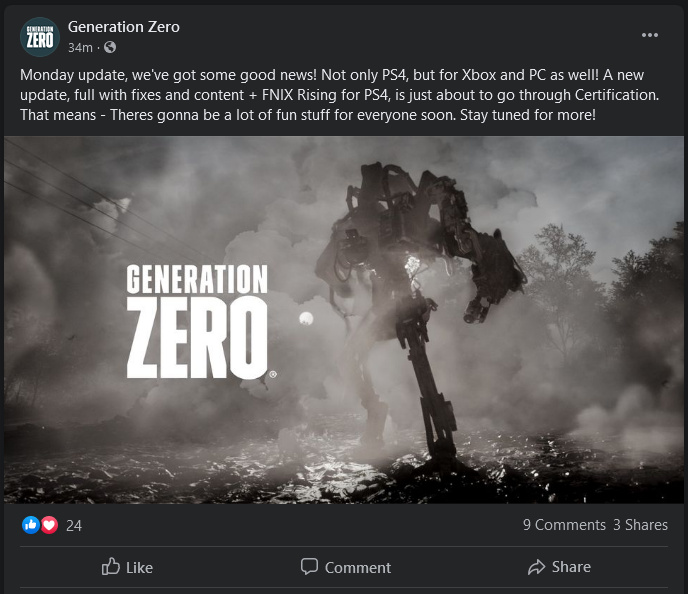 5th update from the devs:

Screenshot from the video: 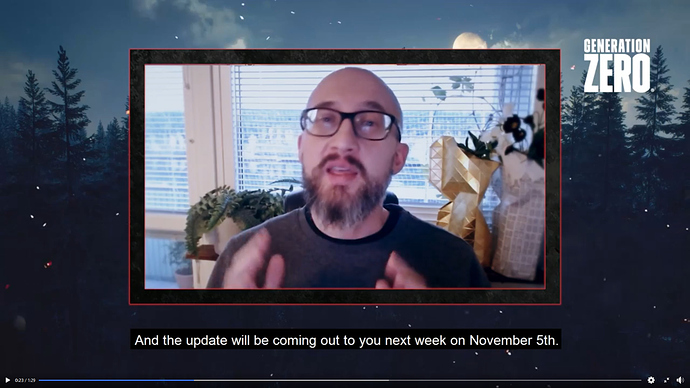 5 Likes
[XB1] Game Crashing on sign-in / continue (post update FNIX Rising)
Game crashes randomly since update Xbox One
To all fellow XBOX players
Since the hotfix the game crashes constantly
Fix the freeze up glitches
Unplayable now. With all the crashing
Xbox one bug report
[Xbox ] Using all explor game crashed
Is there a solution yet for XBox 1x
Xbox one s idk whats wrong
To all fellow XBOX players
Game crash during truck escorts mission
I think I figured out why the game jeeps on crashing for xbox one
Crashing at hotel
Used to love it
Multiplayer issues and bugs post hot-fix
Game locking up during combat
Xbox Tick Pods crash
Game crashes during tank shockwaves [XBOX]
X Box user Keeps locking up
Everything going to pot, each day new bugs show up
A few glitches that need to be fixed
Xbox one freezings
The game freezes when i am playing
Game is bugged. Please fix your game I WANT TO PLAY IT
Game Crash When Tank Is Damaged
Xbox One - Hotfix
This happened to me last year
Crashed to Desktop
Aesyle pinned October 6, 2020, 6:08am #2
DylanDestr0y1 October 6, 2020, 6:36am #3

I love this game its got great potential but just after fixing the log in screen glitch there still is a major random freeze up glitch.

The random freezes are even worse since this october 5th hotfix. Dont get me wrong i love this game and i play it constantly and im sure there working on many bugs but we have to let them know whats happening and how bad it is.

since last update , game crashes randomly. in single or multiplayer. still cant put 4 people into a game as it crashes instantly everyones xbox. playing with 3 player’s one player cant see one of the others , other players weapon fire not animated , 2 of the players not seeing or being affected by enemy fire. was able to play reasonably stable before update with 3 players with some buggy animation and slow down but game is nearly unplayable now. Are you sure the update was a fix ???

Also getting the same issue. The Xbox One hot fix rectified the log in crash issue, this no longer occurs.

Although since installing the October 5 hot fix, crashes occur randomly every 10-30 minutes of play, every time the game is played.

In addition performance can drop to low single digit frame rates on Xbox One X (a guess would be about 3-4 fps). Generally when there a few enemies on screen at one, although not always.

When the performance drops I just let the enemies kill the player to respawn out of there.

Folks, read the above guide and please post your findings according to the guide.

Description: Crashes occur randomly every 1-30 minutes of play, every time the game is played. Generally when shooting enemies, although not always. (Random)

Steps To Reproduce: Just play the game for around 1-30 minutes doing missions or just shooting enemies and it will eventually crash. With a buzzing sound and then quit.

!!! additional notes!!!
Placing an explosive gas bottle or fuel cell on the ground then picking it up, will crash game, everytime (tried 5 times in a row) and it crashes instantly.

If putting an explosive (Gas bottle, fuel cell etc) on the ground, then walking a few hundred metres (away from the explosive) and blowing up a car or blowing something else will trigger another crash incident.

Players in your game: None (Single player)

Description: using deplorable items like explosive gas canisters would instantly crash the game when trying to pick it up (if possible) or the game would crash after roughly 30 min. To 1 hour of game play if you avoid large gatherings of enemies.

Steps To Reproduce: use a explosive gas canister or just play as you would for about an hour and game crash occurs.

Players in your game: none (single player)

Another crash just just 5min after my previous post.
Always during combat.
I’ve enjoyed the game but I just can’t play it anymore.
Hoping to pick it up next year sometime and all of this will be sorted.

Description:
jimbo1465: downloaded new update yesterday and within an hour and a half crashed 4 times. What are the developers going to do to get this sorted. Or pay people their money back. Also crouching and lying down need to be more responsive.
Players in your game: solo
Xbox model and game version: xbox one

**Steps To Reproduce: Try to load up game

Additional note: this problem started after uploading game clip to xbox live, may be coincidence

**Players in your game: N/A

Additional Notes: I have downloaded the update however my game still crashes straightaway when I select my profile! I am bitterly disappointed as I’ve only managed to play this game once for a very limited time as this started happening almost straightaway after loading up for the 1st time. I find it disgraceful that a developer could take a customers money & give them a completely unplayable game in return.
If this help at all my problem started when I uploaded a game clip to Xbox Live.
PLEASE FIX THIS!!!

Hey, thanks for the report. I removed your old post since you made a proper bug report. Sorry you’re having issues, I know how frustrating it can feel. I don’t suppose a reinstall could work?

Ya I reinstalled the game but that did not work Any more ideas ?

I am still stuck on the loading screen bug

**Description:**Random crash to dash mostly during evening or night hours and almost always with more than 3 machines in fight or fighting a heavy at night/evening

**Steps To Reproduce:**Play the game

Added note, I’ve only been playing this for a week or so before the HotFix and I honestly cannot remember having a single crash other than the launch crash that this fix fixed.

Also I uninstalled everything and only installed the core game with the same random crash bug.

I hope this is helpful in resolving this issue quickly.

Description: Downloaded the hotfix and still crash on game login screen. I uninstalled and reinstalled the game and the issue persists.

Steps To Reproduce: Start the game and attempt to login.

Host or Client: Myself

Players in your game: Zero.

I have uninstalled & reinstalled