Game crashes when traveling to/from Tarnboda Skans to nearby areas

After many tests, I discovered that either after November update or after December update, the game keeps crashing when moving from Tarnboda Skans to the St. Charlotte Church.

I Started a new game and even completed the “make some noise mission”, but could not reproduce the crash, so the problem is related to the save file and does not happen in any other way.
I tested with 3 different save files, one from December 2019, the other 2 had 5 days of difference being obviously after the latest update, and discovered the save file from December 2019 did not crash, but the other 2 save files crashed the same exact way.
Other users reported that the crash did not happen to them in same conditions.
So for some weird reason either the November or December update brought this crashes to keep happening around the same area but only if I play using my latest save file/s(which is the only one I use).
The rest of the Game world map has no crashes related to this Issue.
The reason for not knowing which of the latest updates brought this is due to the fact that Since October I did not go to that area in Himfjall.
I have almost every apparel item and all challenges finished, so starting from scratch is not an option.

Description : Game crashes when moving from Tarnboda Skans to the St. Charlotte Church.

Steps to Reproduce : Moving from Tarnboda Skans to the direction of St. Charlotte Church will crash the game, fast traveling to Ronnhalla emergency Shelter after being in Tarnboda Skans will also crash the game most of the times.
The same happens if the player tries to move inside the Blue perimeter zone In the picture below, a crash. 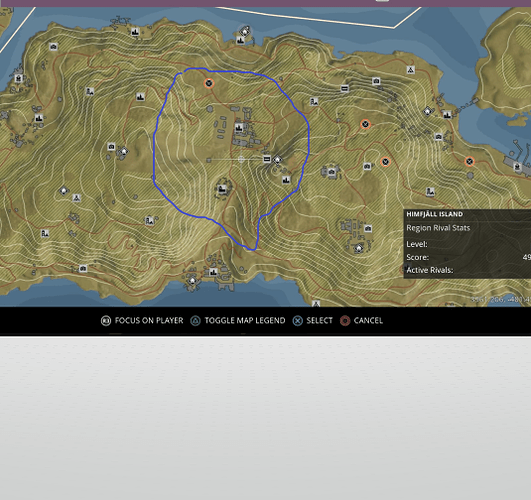 Second that, exactly the same thing for me. Almost as bad as the ”rivalcrash” this time last year that made the game completely unplayable, and made us miss out on last years New years event. Been grinding for those 5c US guns on himfjäll but the crashfest has begun.
maybe the game spawns in to many bots in this area?

On PC the game seems more stable regarding this ”bug”.

Good to know i´m not alone with this situation.
Now I have hope for a fix in the following months.

Description: I have experienced these exact issues that Mr_A1992 has described as well. Game crashing when walking, running and one time fighting a couple rivals and other enemies in the Tarnboda Skans to the St. Charlotte Church and surrounding areas. I just started doing a rival hunt and went to Himfjall to start. I have not been to Himfjall much since the recent updates, so going back and having 5 crashes within 20 minutes was quite shocking.

Steps To Reproduce: Travel in the area from Tarnboda Skans to the St. Charlotte Church or that surrounding area. Basically traveling anywhere in the blue marked area on the map in the picture Mr_A1992 provided.

Players in your game: None, playing solo.

2 days ago the game seemed to be running just fine regarding this bug. I was able to TP from Hammarbodarna to Rönnhalla or walk in to that zone without any problems. Then came yesterday, the crashing came back. whenever I tried TP from the western part of himfjäll to Rönnhalla the game crashed (spams with crashreports sent). same if I tried walking into it. the only way I was able to get inside this ”zone” was TP from east, for example TP from Klacksundsfyren worked 100%.

You can hear an explosion when TP to Rönnhalla, not as big as going to Tärnboda, It is in this very moment then the explosion is set to go of that the game crashes.

Description: Experiencing more hard crashes in Himfjäll. I was near Kopparviken Resort Village, located in the central, north coast of the map. (I have pictures.) The game crashed as I was nearing a car attached to a trailer. I tried it three times and they all resulted in a hard crash. I have not been able to travel east or west out of the location near the trailer without a crash occurring. This is the only other place in Himfjäll where I’ve experienced a crash, besides being in the central area of the map of Himfjäll, which I still have hard crashes if I enter that area. (Which is in a previous bug report.) My 1st pic is the area on the map, the second pic is me getting near the car with the trailer, and my final picture is my game freezing upon getting too close to the trailer.

Steps To Reproduce: Go to Kopparviken Resort Village at 3549.467, -1118.353 and go towards the trailer coming from either direction. 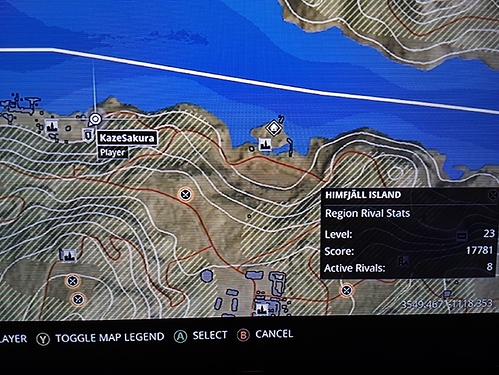 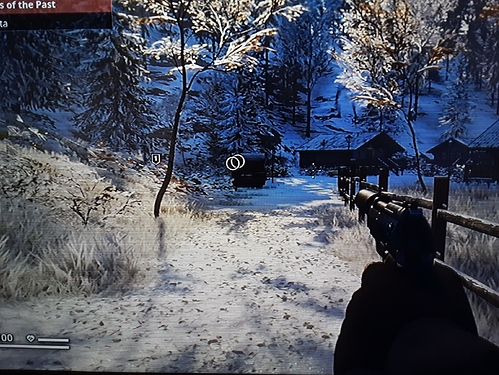 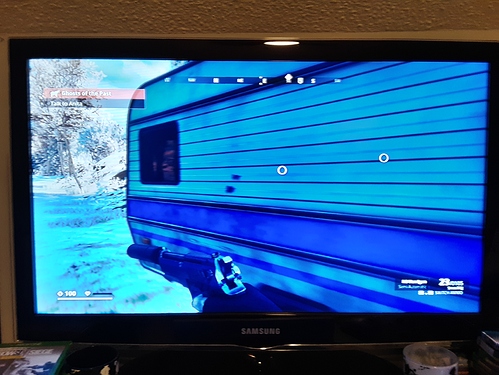 Players in your game: Solo

Platform:
Xbox One X’s, and Xbox One S
Description:
Game crashes between tarnboda skans and the church above. Usually just outside of the little town. When you first encounter the larger enemies while headed up the hill to the North.
Steps To Reproduce:
While moving North East from Tarnboda Skans safe house the game will buzz loudly when you are engaged by any of the larger apocalypse class robots to include hunters. Sometimes it will happen immediately and other times near the end of the fight.
Images / Videos:
I recorded the event once recently but do not have it on my phone to share.
Host or Client:
It has always occurred on my server from what I recall but consistently across all three of my Xbox one S and and my Xbox one X’s
Players in your game:
It has happened with other players and without.
Specifications:
I have the latest updates as of 17 Jan 2021. Xbox One X, and also Xbox one S.
I run everything off of a solid state external drive.

Merged topics about the same issue.