has literally I believe 4 to 6 of those inside it

There is only 3 weapons vaults in Muskudden Port Complex. One in 1st big vault and two in 2nd big vault. Both big vaults are side by side, near the pier.

Well, I stand corrected then.

All three are in this Vault route.

Gen Z location overload for me, I guess.

No worries. I missed one that I added just now because of your post

If you wonder what they are called in Swedish; Vapenkassun (or just “kassun” for short).
Those buildings with two double steel doors that you need a hairpin to unlock, they are also kassuner but bigger

Image from the net 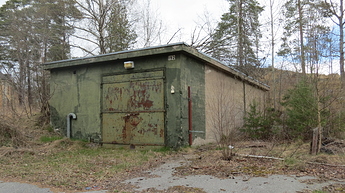 Thanks. I just used Google translate to conjure up a nice sounding name for those Vapenkassun. I don’t seem to be able to edit those old posts anymore. The option to edit is no longer there.

Well, every scene has it’s own beauty. But it’s good to have pictures of how it was.

@Gysbert Hello Gysbert another nice hiking route. Some invite you to wander around the map a little

Good work, keep it up please

Hello Gysbert, this is another nice hiking route. Really beautifull.

Thanks, the GZ world is beautiful.

Didn’t you like the first one: Route 1: Electrical Power Line ?

@Gysbert I love them all

. Walking along the Powerlines is also a good orientation.